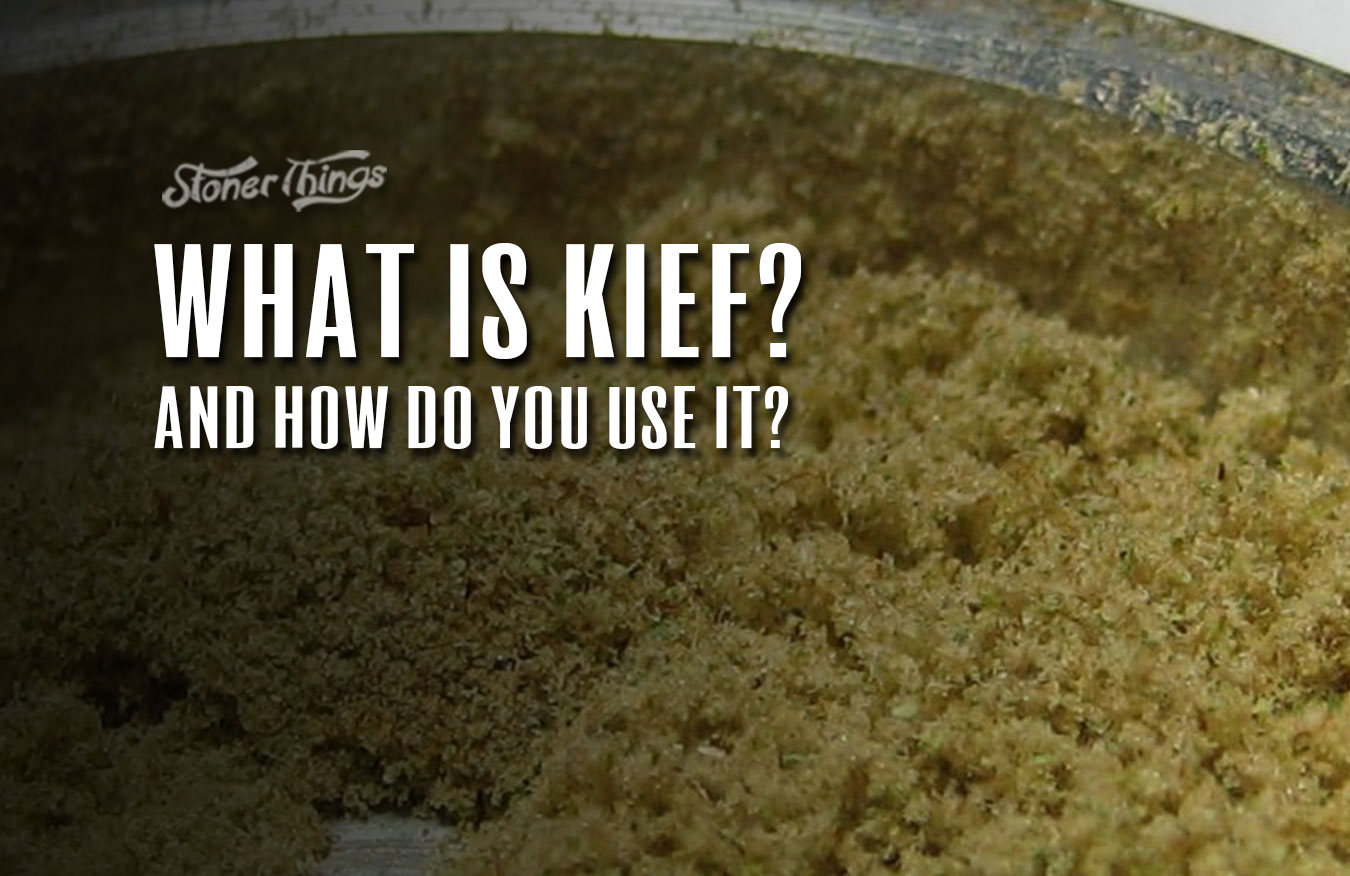 Today it’s easy to find all manner of concentrates, in a wide variety of formats. Shatter, wax, live resin, and a wide assortment of liquid concentrates are on the market in states where weed is legal. Sometimes, however, the classics hold up just fine. Long before closed loop extraction humans used just the plant parts to develop “concentrated” marijuana in a few forms. One good example are temple balls, basically plant components rolled and compressed into balls. Then there’s kief, a natural byproduct of grinding but also a valuable collection of trichomes, the most potent part of the pot plant.

So what is kief? Kief is essentially just the trichomes of the marijuana flowers. It’s a sort of powdery substance, but appears like little crystals on the buds. Some call it pollen because, well, it looks just like pollen, and some also call it “dry sift.” It’s typically light brown or even golden, blonde or tan. While kief contains many terpenes and cannabinoids, it’s still not quite as potent as today’s concentrates, like shatter. But it’s derived from the Arabic word for intoxication, and it delivers.

Why collect and use kief?

Since kief is so full of intoxicating goodness, it’s only natural to want to save it and use it when you want a little extra lift. Tossing it would be wasteful, so using it as a “sweetener” or by itself in desperate times just makes good sense.

How to collect kief

The best way to collect kief for you will depend on the scale at which you’re collecting. For the vast majority of people, the grinder method is most suitable.

A 3-chambered grinder works great, although there are grinders with even more chambers. In a 3-chamber grinder, you have the area where the flower is ground up, a chamber under to catch the ground up flower, and under that a smaller, third chamber separated by a screen from the second one to collect kief. Some people swear by putting a coin (preferably one with smooth edges) in the middle chamber and shaking it to knock more kief off the flower, through the screen, and down below for safe-keeping — but it’s important to remember that this will dilute the flower you smoke from chamber two. In other words, you may get more kief later but you’ll get less high with the flower you just ground up. Just be sure to wash that coin!

You can also sift the kief off your buds directly, using a silk screen just like what’s used to make t-shirts. The fabric should be between 80 and 270 lines per inch, enough to separate the flower from the tiny trichomes. You just rub the buds on the screen and the kief is sheared off, landing in a container below. There’s also a specially-built device called a kief box that has several screens with diminishing lines per inch, so you can control the size of the trichomes being collected.

How to use kief

So whether you have intentionally gathered a whole load of kief or you may have just noticed that your grinder compartment is packed full, you might be wondering what to do with kief.

There are a number of methods for how to use kief, and the best for you will depend on your specific preferences.

Really, the easiest way to use kief is to just smoke it like normal flowers. It’s a bit powdery, however, and sticks together, so there can be issues with clogging the airway of a pipe or bong, so it’s a bit like smoking resin but a much better quality high and taste. The trick is to try not to compact it too much, and if possible use lower heat (if vaping). You can smoke kief in a pipe or a vaporizer that’s capable of doing so.

2. Mix it with flower

Many people sprinkle kief onto a bowl, or mix it in while packing one to add extra goodness. If you’re rolling a joint or blunt, just sprinkle it inside like fairy dust and enjoy. There’s also twaxed papers, imbued with concentrate and a little sticky, which can be rolled in kief on the outside for a sort of powder coating. There are dispensaries that sell these as well, and they are mighty impressive to look at and to smoke.

You can actually make a concentrate out of kief, which is already concentrated. Rosin dabs are a quick and easy way to make dabs you can smoke in a glass rig. This takes a little work and perhaps practice, but don’t be put off because the result can be fantastic.

You’ll need a bit of kief first, probably more than you pull out of your grinder. Ideally a few grams works best. Clump the kief together and put it in parchment paper (or rosin bag), and you can use a hair straightening iron, a tortilla press (yes, really!), or best of all an actual rosin press to apply enough heat and pressure to squeeze out oily concentrates. What this is doing is bursting the trichomes, congealing the liquids inside, and massing them together while the heat breaks down the plant matter. Heat and pressure are key, so remember that you have to press hard while applying consistent heat. The rosin should develop around where the heat and pressure are applied.

The problem with hair straighteners is that they are unreliable with heat regulation and thus getting consistent results can be tricky unless you luck out on a high-quality device. A proper rosin press will apply even pressure and heat and be easier to manage and clean in the long run.

Of course, edibles are another great way to enjoy kief because you can make them and take them with you, or avoid issues with your lungs if they’re sensitive to smoke. Perhaps the easiest way to ingest it is by sprinkling a little into coffee or tea. Note that the liquid must be hot in order for it to decarboxylate, or activate the THC. Also, kief isn’t water soluble, so it will act like cinnamon and basically float around. But it’s like a time release bowl in your belly. You can also use kief to make edibles such as weed brownies, cookies or ice cream.

Note: always remember to decarboxylate. Since you have to activate the cannabinoids for edibles, you’ll need to apply heat to your edibles before ingesting. One of the easier ways to do this is by putting kief in butter, stir around melted butter and kief for at least 15-30 minutes on medium heat. Pour the butter into a glass container and keep in the fridge to let it harden. You can use this butter in brownies, cookies, or even just spread on toast. An even simpler method would be to place the kief on an oven tray and heat in the oven for 20 minutes. Set the decarbed, psychoactive kief in a jar and sprinkle onto whatever you like.

5. Condense it into hash

This is somewhat similar to rosin, but usually darker. It’s a concentrate made from a concentrate, and you also apply heat and pressure to make it. But with hash you make little bricks, collecting the kief together and hitting it with a hot iron in parchment paper to burst the trichomes and “melt” them together. Like with rosin, be careful not to burn the hash, but apply heat long enough to squish the kief together and create a tiny brick of sorts.