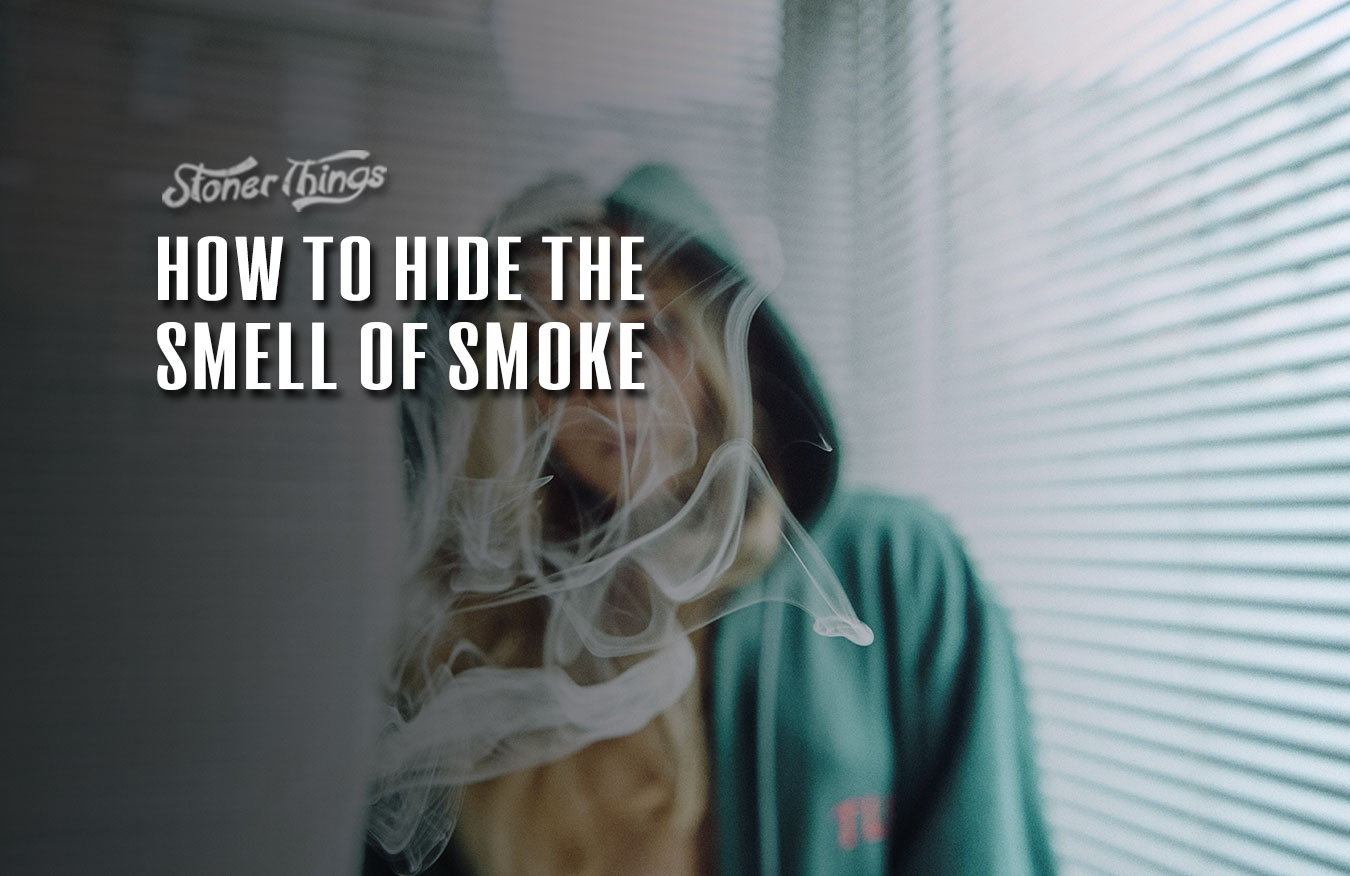 There are many times when you may have to hide the smell of your smoke. You may normally enjoy your smoke in the comfort of your own space, which is hopefully cool with having a sesh – in other words, you don’t have a restrictive landlord or annoying neighbor. There may also be roommates or others to consider, who may not enjoy the smell of cannabis. Still, with the pandemic waning in the U.S. and more people getting out, there are times when you don’t want to go around reeking of weed — for any one of a number of reasons. So how to hide the smell of smoke — either in your space, somewhere else, or on your person? Here are some handy tips on doing just that.

Just like in the days before air conditioning, the best way to hide weed smoke smell is to air out the room. Of course, it’s one thing to open a window, but another to be mindful of how you’re ventilating. For example, if the airflow is sucking air from the outside into a hallway, you could wind up pulling all of the smell exactly into places you were trying to avoid sending it. 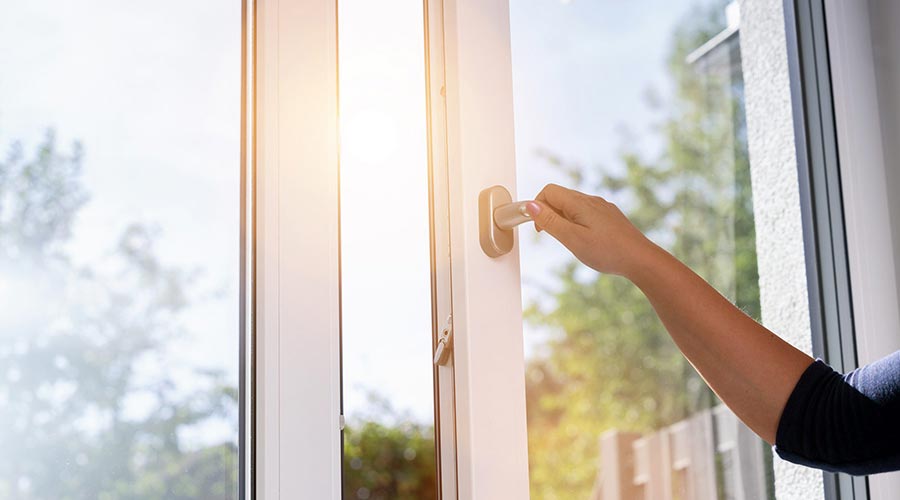 To avoid this, seal up the area under the door to the outside (meaning any hallways or other rooms) with a damp towel. It doesn’t have to be too damp, or damp at all if that’s inconvenient, but the idea is to create a barrier to the smoke sliding out the gap at the bottom of the door. This is a time-honored dorm room trick, of course.

Still, the smell will linger if you don’t open a window, so in addition to sealing the door, open a window. Force the air to go out the window by placing a fan pointing out in the window or near it, then blow the smoke into the back of the fan to fully expel it from the room. As much as you might want to hotbox the room, this will keep the smell around longer, which will seep into your hair and clothes (more on that in a moment), taking the smell with you if you leave later.

Let’s be honest, if you’re burning incense to cover the smell of your weed, you’re probably signalling to anyone who smells the incense that you’re smoking weed. Outside of certain formal practices, incense has become synonymous with smoking weed. If you’re trying to be sneaky, that’s not the way to go.

Better would be to use Ozium, which actually neutralizes the smell, or Febreeze, which has a chemical that traps odors. Keeping your bowl clean reduces acrid smells, but won’t eliminate the smell overall.

Citrus is a good cover smell, and you can leave peels of oranges or other citrus fruits around your smoking room or even simmer cut up fruits on the stove (don’t forget them) for a nice fresh scent in the space that also helps cover smoke smell. Bonus if the strain you’re smoking has citrus notes and compliments the fruits.

While air filters can help clean the air over time, and certainly help mitigate cannabis smells in a given space, most consumer models don’t fully cleanse the smoke smell — especially if you’re having a major sesh.

Normal air purifiers can’t filter smoke particles because they’re too small, but ionizers and HEPA filters can be found to do just that. Although you’d need a bunch of them in a room to work like a sploof (more on that in a moment), they do help overall and can be combined with ventilation to provide decent coverage.

4. Use an odor elimination tool

A classic dorm room trick is an improvised sploof, made from a toilet paper tube sans toilet paper, stuffed full of dryer sheets which will trap or cover the smoke with the smell of the sheet. Of course, there’s the Sploofy or Smoke Buddy available these days to provide a convenient way to neutralize the smell of cannabis right at the source — your exhale.

5. Change and wash your clothes

Smoke of any kind will soak into fabric, even synthetics. All natural fibers work as a sponge for smoke, trapping it in their fibers, only to be released as the fabric moves. How this usually works is, you smoke while sitting, the smoke gets trapped in the clothing, and when you go out, the smells are “released” and people wonder if you just toked up. 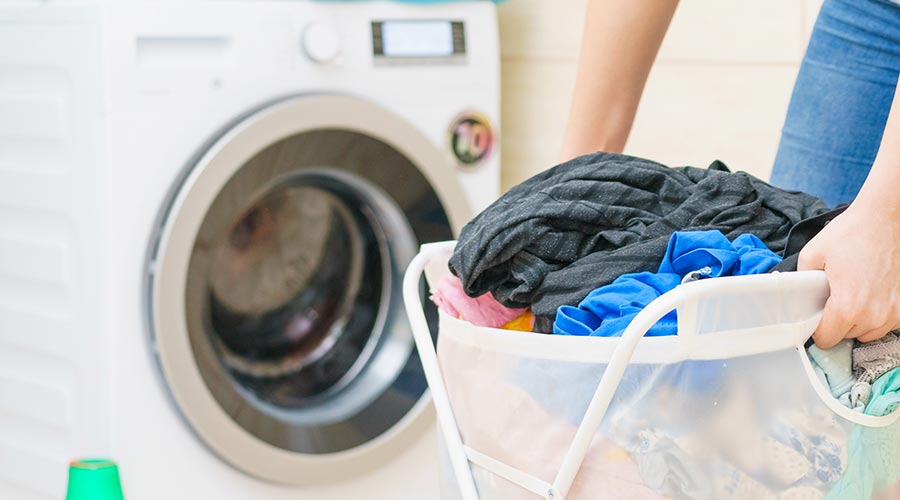 The only way around this is to change out of the clothes you were smoking in and/or wash your clothes. Smokers who wear the same thing often will wind up with that smell embedded in their clothes.

Obviously smoke smells can linger in your mouth, so it’s always a good idea to brush your teeth and tongue after a sesh. This not only helps eliminate odors, but keeps your teeth healthy as smoke isn’t great for them to begin with.

If you’ve ever smelled cigarette smoke on someone even if they weren’t smoking you likely got that whiff off their hair, clothes, or hands. As cigarettes are held, that smell is embedded in the skin. Joints will do the same, so a bowl or bong will help somewhat with embedded smells in the hands. Still, it’s almost impossible to avoid using your hands entirely, so a simple wash will help tremendously.