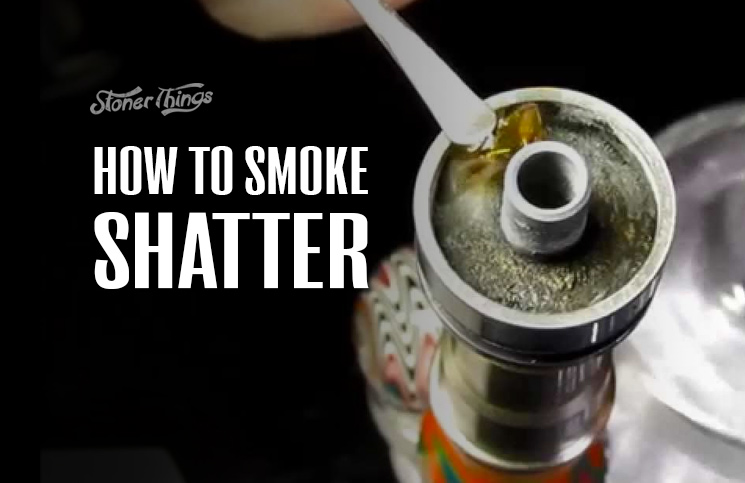 Odds are, if you’ve been paying attention, you have heard of shatter by now. A concentrated form of marijuana, shatter produces an intense, long-lasting high that’s all the rage these days.

But how to smoke shatter? And what is it, exactly?

Shatter is a consistency of concentrated marijuana. Other forms include wax, oil, and bubble. As long as you take the appropriate precautions, it’s relatively easy to make – and smoke.

The idea behind shatter is that you soak ground weed in a chemical solvent – alcohol or butane, usually – and then boil off the solvent in a hot water bath. This leaves a thick, sticky resin loaded with potent THC.

How to Smoke Shatter

There are a few ways to smoke shatter, but one is more popular than the others: the “oil rig.” This is a glass pipe, similar to a bong, that includes a vertical chamber, a mouthpiece, and a hole where you insert a small “nail” made of metal or glass.

Once the nail is glowing red, you use a metal “dabber” (purchased at any head shop), scoop up a small drop of shatter, and “dab” it onto the nail. The oil will combust instantly, creating a thick plume of smoke that you inhale through the rig.

There can be a fair amount of oil left on your nail after each dab, giving you two options. You could continue to blast the nail with your torch until all the shatter has been burned up – a sure way to waste some of it – or you could wait until the goop is clogging your rig, soak the pipe in alcohol, boil the alcohol away, and then scrape up the remaining oil. Now just dab again.

Smoking Shatter without a Rig

There are two other ways to smoke shatter. First, you could fill a bowl halfway with ground pot, drop a dab onto the weed, fill the rest of the bowl, and spark up. This prevents open flame from touching the shatter and burning off much of the THC before it reaches your lungs.

Alternatively, you could dab some oil into a joint as you roll it. Keep the shatter away from the end of the joint, as, again, you don’t want to touch it with a flame.

And that, in a word, is how to smoke shatter. If you haven’t tried it yet, you should. If you have, you already known you should try shatter again! 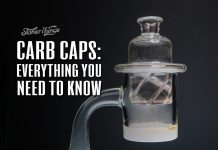 Carb Caps for Dabbing: Everything You Need to Know