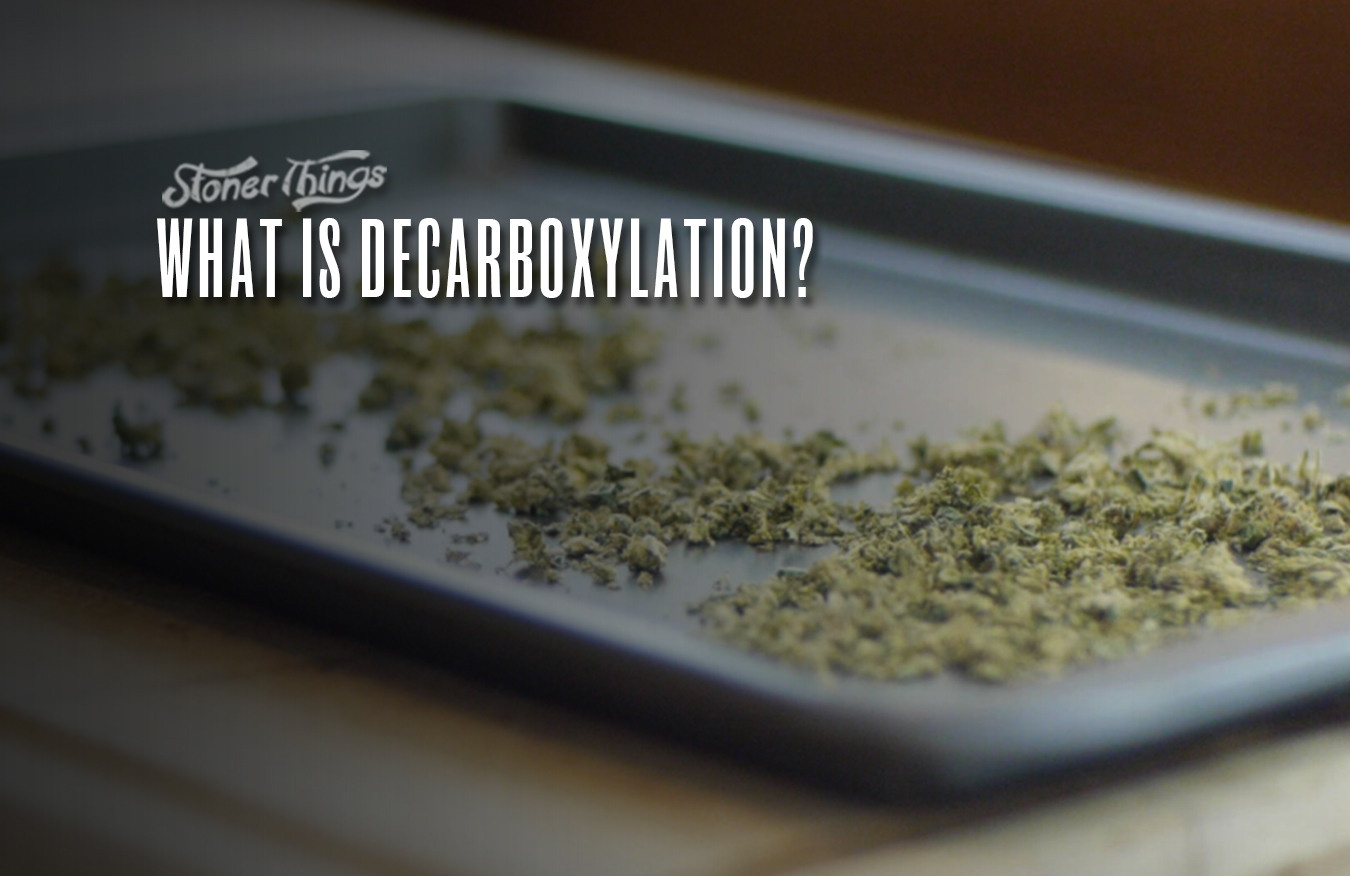 Cannabis comes in many forms that support different consumption methods, with a slight variance in onset and duration. You can snack on an edible, drip a tincture under your tongue, slap on a patch, load a bong, or take a dab. But, what happens if you try to eat a raw cannabis flower? Not much, because part of a crucial process is missing: decarboxylation.

Shortened to “decarb” by some in the industry, decarboxylation is a naturally-occurring process that essentially activates THC (and the high) in cannabis. On a chemical level, when the cannabinoid THCA is exposed to heat, light, co-factors, or certain solvents, it is converted into THC.

Products like infused edibles, tinctures, and RSO are decarboxylated during processing. It’s the first and most crucial step in making your own cannabutter or pot brownies.  THC in cannabis that is ingested instead of inhaled is activated via the decarb process prior to consumption (though the effects are not immediate as your body needs to absorb the active ingredients throughout digestion). Chrystal Ortiz, a cannabis farmer in Redcrest, California, has been making RSO and other infusions for decades and explained where decarboxylation happens in her process during a weekend workshop on her farm.

“Last time I made RSO, I decarboxylated it all in alcohol, heating it until it evaporated off,” Ortiz said. She used several slow cookers to do the heating since solvents are flammable. “I mixed this one with the MCT oil, this one with just the alcohol. I actually constituted cannabis oil without the alcohol and then re-added the alcohol, which people think is really weird. The reason I did that, is because I wanted the ratios. I wanted to be able to test it and  know the potency of the oil that I made first.”

For cannabis flower, hash, oils, and other products to smoke and vape, decarboxylation begins in the curing process and kicks into full gear when excessive heat is introduced during smoking or vaporizing. But, before the act of consumption, cannabis has to be dried just right so you can get a satisfying taste and effect when the flame strikes, according to Kevin Jodrey, renowned propagator and owner of Wonderland Nursery in Garberville, California.

“It takes a long time to get the moisture out of the cannabis. Air movement is important,” Jodrey said. “To decarb properly, you need to have even moisture levels all the way through.”