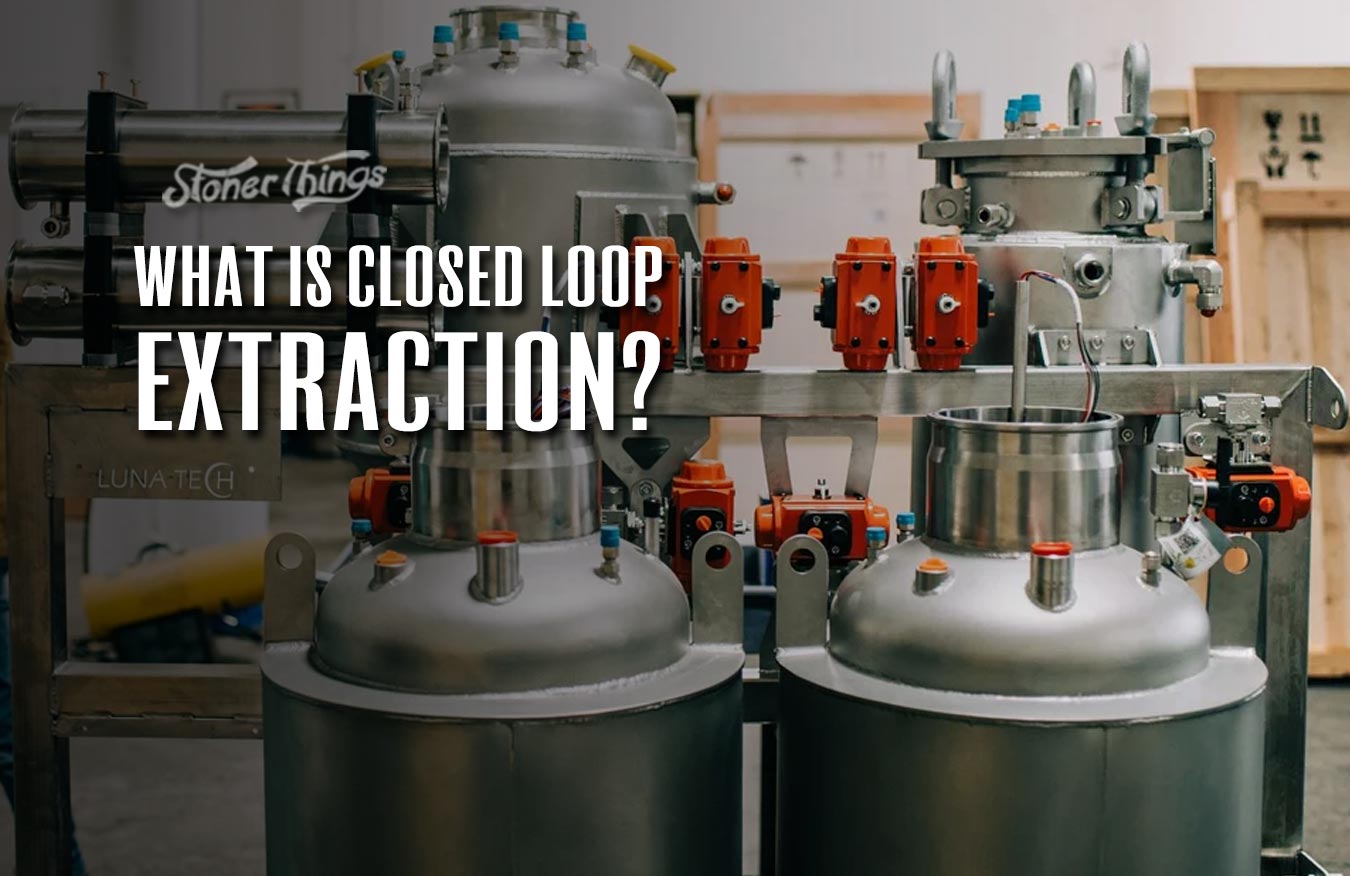 While cannabis can be enjoyed after a bit of drying and curing, there are obviously many other methods of processing and enhancing the end product. Concentrates are the best example, and in recent years there’s been an explosion of innovation in this area. Traditional methods of concentrating cannabis involved the hands, like making temple balls. Today, techniques like closed loop extraction help concentrate the active ingredients in cannabis. But what is closed loop extraction? It’s actually a fairly straightforward process, and crucial to making today’s concentrates like shatter and wax.

What is closed loop extraction?

Now, closed loop extraction is straightforward, but not the sort of thing you’re going to set up at home. It involves chemical solvents and pressurized containers. In fact, that pressurization is what makes closed loop different to open extraction. With closed loop, the solvents aren’t exposed to outside air. Thus, “open blasting” is far less effective. Why? Open blasting involves more chemicals and less precision, meaning there’s more toxic stuff in the end result. These solvents we’re talking about? They’re usually butane or propane, which also carry the risk of fire or explosion. As you can see, putting this stuff into isolation — or closing the loop — is a safer way of extracting cannabinoids and terpenes from plants.

What does the closed loop extraction process involve?

The closed loop extraction process requires thousands of dollars in equipment to get started. You need a pressurized tank of solvent, and not just butane you put in your lighter. The solvents used are either lab-grade butane or propane. These are specially purified versions of what you might find at the local hardware store.

Solvent mixed with cannabis. That solvent is mixed with cannabis plant matter inside a blasting chamber, which is sealed off while this occurs. The solvents break down the plant matter, leaving a resin with the terpenes and trichomes within. This is collected in a not-surprisingly-named “collection chamber.”

Purging in a vacuum oven. Next comes purging, when that resin (which still has those solvents) is put into a vacuum oven. It’s an interesting designation, because it’s really an oven that can pull a vacuum. Since everything is sealed, the chamber can be depressurized. What happens to a liquid in a vacuum? The solvents evaporate, and as bubbles are drawn from the goop, the gasses in them are recovered through the vacuum equipment and stored for use again later. Now that we’ve “squeezed” the toxic juice out of the concentrate, it’s heated to over 100 degrees Fahrenheit for several hours to make sure all that bad stuff is removed by evaporation — really warm evaporation.

At least, that’s the general process. Obviously shatter and wax and other concentrates would have some alterations in time or temperature to get the desired consistency. Different labs may do different things as well, but the overall physics are pretty simple: use a solvent to extract the good stuff, then use a vacuum and heat to extract the bad stuff from the resulting good stuff. That “good stuff” is generally called BHO, which stands for Butane Hash Oil. Depending on the mix of liquid and air, BHO can “be” several things, like budder, shatter, wax, etc. You may also realize that more impurities means a “muddier” product, which is why shatter is so clear (and considered extremely pure), whereas budder is opaque and may have more “other” chemicals in it.

Closed loop extraction is the standard for extraction these days, and really the only way to make high-end concentrates like shatter. Live resin is another product that was really only capable through this technology, as it contains the most active terpenes (some of the more delicate components of cannabis to preserve). While this isn’t new tech, the process applied to cannabis is relatively new and has never been done at the scale we’re seeing now. That bodes well for more pure and accessible cannabis concentrates in the future.