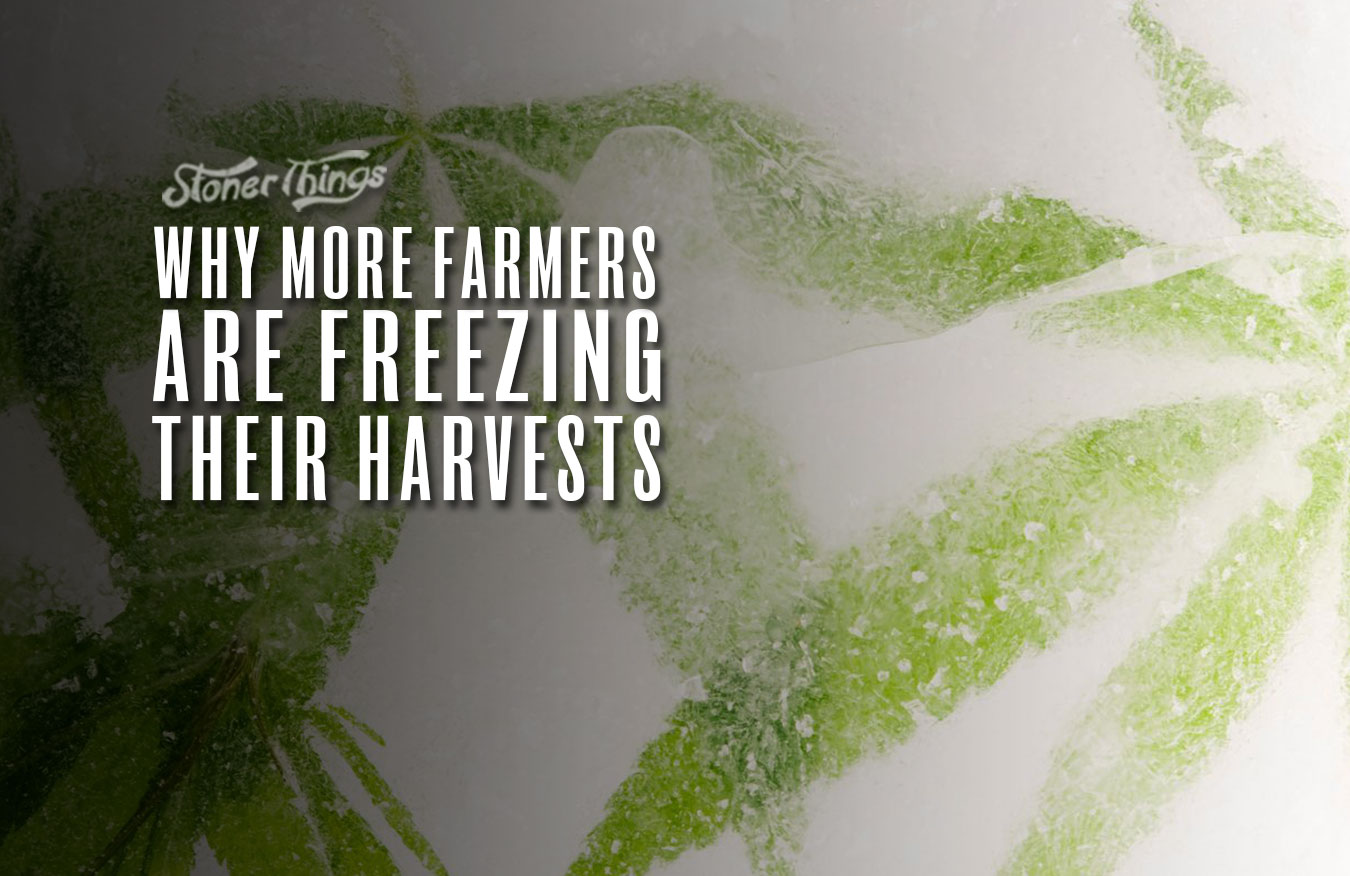 You may have heard of freezing your weed before, in the context of keeping it fresh. Well, don’t do that. Freezing breaks off the trichomes, those tasty THC crystals on cured buds. Freezing also slows down decarboxylation, which can actually stunt potency. And then there’s the risk of accelerating moisture content as you take it out of the freezer and put it back in. Humidity can ruin your buds by introducing mold. So why in the world are more farmers beginning to freeze their harvests? For several reasons, in fact.

A quick stroll through the freezer section of any grocery store will clue you in to the first reason growers are freezing crops: It preserves freshness. Flash-freezing flowers and sealing them in bags means the potency stays locked in, and means growers can actually skip the lengthy drying and curing process. That curing process can last months, and is a fight against humidity and rot. It’s necessary to convert cannabis buds to achieve full potency, right? Well, most of the time, yes. But growers following the freezing trend aren’t just doing it to store buds, they’re doing it because the market is demanding more concentrates. Freezing is helping provide supply for that demand.

So, instead of drying and curing crops, growers are harvesting, trimming, then freezing their crops. Once that’s done, they can ship off the buds to extraction processing. More consumers are looking to dab pens because they reduce odor and can be enjoyed in places where it’s tough to light up. Plus, concentrates can be, well, more concentrated, thus higher potency. The freezing-to-extraction process is proving that concentrates can hold even more potency by skipping curing, where some terpenes are actually lost in the process. Using closed loop extraction, finely-ground flowers are washed with a solvent (like butane or propane), then the golden liquid extract is used to make live resin. The concentrated extracts can also be used in a variety of edibles or other distillate-based products.

The market has been surging for live resin because of its convenience and the previously mentioned benefits of less smell and smoke. Consumers want a convenient package, and it doesn’t get much easier than screwing in a cartridge, inhaling, and enjoying a smoke. But there’s an even more innovative extraction method out there making waves: Live rosin.

Live rosin is supposedly the “best” concentrate because it is the purest, least chemically-altered version of marijuana concentrate method. It’s very laborious, however, which accounts for its high price. Instead of solvents, frozen buds are processed using sublimation to remove the water, then mechanically processed to create an impossibly rich concentrate. It’s fairly complicated, with the “ice wax” stage requiring a full melt extract. These are the highest quality hashes you can get, which again cranks up the premium nature of live rosin.

Still, freezing has been a growing trend among producers for a few years, and it appears to have reached a fever pitch as more industrial freezers are purchased, and more concentrates are produced to fill the changing demands of consumers for more convenient, and potent, ways to consume cannabis.