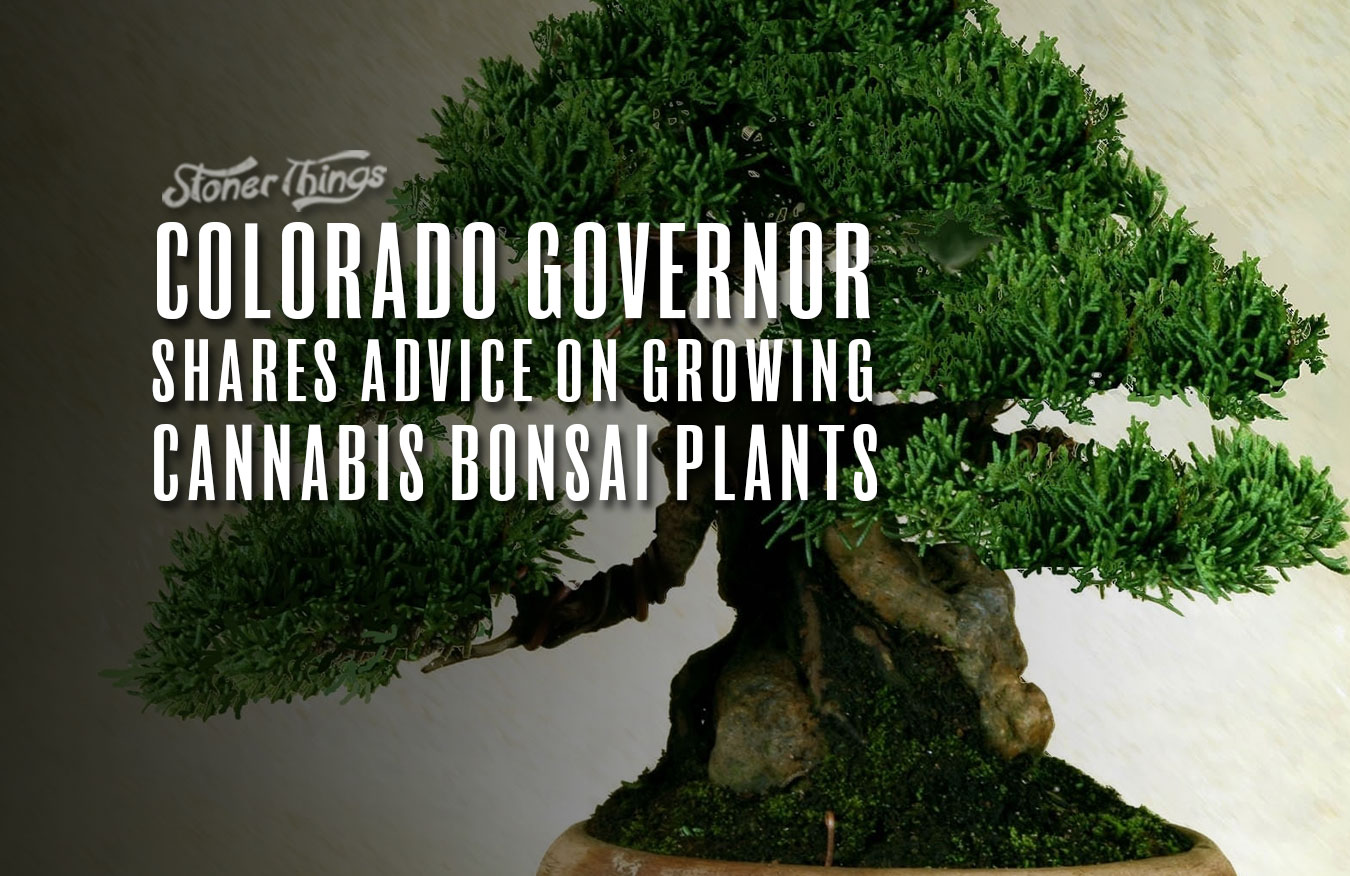 If you’ve ever needed proof that elections matter, look to Colorado. Not only has the state been a shining example of successful legalization, its new governor is a champion of legal weed. While Jared Polis says he doesn’t partake, he has signed into law several progressive measures to further the state’s cannabis industry. What’s really cool is that he posted a photo of a cannabis bonsai, asking if anyone had tried it. Naturally, the comments shared a lot of great info on raising your own cannabis bonsai.

Polis couldn’t help but joke about the fact that while bonsai are smaller versions of plants (more on that in a moment), they don’t likely count as half a plant. In Colorado, adults can each grow up to six plants. As Polis said, “Don’t test your luck.” Bonsai trees are artificially kept small through techniques that are associated with Japan. However, the techniques aren’t unique to Japan, as the techniques are believed to have originated in China. The basic technique involves a shallow tray, frequent pruning, and “training” to shape the branches and roots that keep the plant small. There are certain types of trees that have smallish needles or leaves which are particularly amenable to the bonsai aesthetic, but practically any tree could undergo the method.

So does cannabis work well with bonsai techniques? And why would you do it if it would, at best, make tiny buds? Experts agree it would be a challenge, as the plant is a fast-growing weed unlike the slower-growing trees in traditional bonsai. More importantly, the leaves are rather large in relation to the main stalk of the plant, which might not easily take to “training,” or bending the plant to be in a pleasing shape. In this video, a Dutch man managed to train a cannabis plant to bend, sort of like bamboo. But it’s clearly not easy.

As for buds, it’s unlikely you’ll get smokable marijuana by subjecting it to bonsai techniques. In fact, you might kill the plant altogether. Unfortunately, the photo the governor shared appears to be a fake, an illusion courtesy (most likely) of every faker’s favorite photo forgery software: Photoshop. Says who? Just the good folks at Bonsai Empire. Another marijuana bonsai in the article does appear to be real, but doesn’t have flowers.

Which brings us to why you’d do this to begin with. First, the art of bonsai is a fascinating and enjoyable hobby for many people, and this could be just another challenge in that regard. Second, it could be used as a way of keeping clones or making them fun to look at, while keeping them alive for propagation. Still, it doesn’t appear (as yet) that there’s a successful recipe for bonsai pot that produces anything other than interesting photographs.