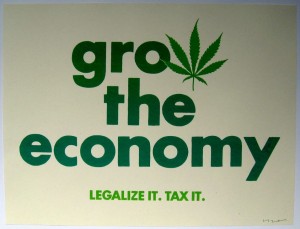 Many of the most compelling arguments for marijuana legalization involve their medical benefits and their contributions to society and the economy. Here are five of the more important reasons why cannabis legalization is such a good thing.

#1  Sick patients will have access to the medication they need

One of the most extensively-researched and most widely-publicized aspects of cannabis is its value in medical treatment. There are a number of diseases and health conditions for which marijuana can be an effective treatment solution, including glaucoma, migraine, muscle spasms, and more. There are also studies that suggest that marijuana may be effective for treating certain types of cancers, although more research is required in order to prove these findings conclusively.

#2  Patients can address side effects of medication and treatment

Even patients who opt not to use marijuana for the treatment of a specific health condition will benefit from the legalization of cannabis. Cancer patients undergoing chemotherapy and AIDS patients on a regimen of medication often experience severe side effects such as nausea, fatigue, and more. Marijuana can actually be beneficial for easing these side effects, enabling patients to undergo treatment with much less difficulty and reduced disruption in their day-to-day lives.

The most vocal opponents to the legalization of cannabis frequently bring up the supposed certainty that ready access to marijuana would result in record high crime rates across the country. However, analyses of police records in Colorado, which has legalized the medical and recreational use of marijuana, showed the opposite to be true. In data provided by the Denver Police Department, a 6.9% reduction in violent crime was seen from the first quarter of 2013 to the first quarter of 2014. This included cases of homicide, robbery, and sexual and aggravated assault. Reported incidences of property crime such as larceny, burglary, and car theft also fell by 11.1% during the same period.

While cannabis is fast proving to be much less harmful to the health than previously thought, alcohol is coming under widespread scrutiny for its undeniably harmful effects. Alcohol abuse is responsible for millions of dollars in damage and thousands of deaths and injuries every year, and many are seeing the legalization of cannabis as a much better alternative. Numerous studies (among them Jones, 2008 and Anderson, Hansen, & Rees 2013, suggest that the availability of marijuana actually causes young adults to drink less. Legalization of cannabis could therefore be an effective way to curb the consequences of alcohol use/abuse.

The potential for revenue generation is one of the cornerstones of the cannabis legalization effort. In Colorado, the first month of the legalization of recreational pot saw more than $2 million in new taxes in state coffers. In 2014, pot generated more than $40 million in taxes for the state. It is expected that newly legal states will experience this same boost in revenue as legalization takes hold.

The 4 States Most Likely To Legalize Weed This November