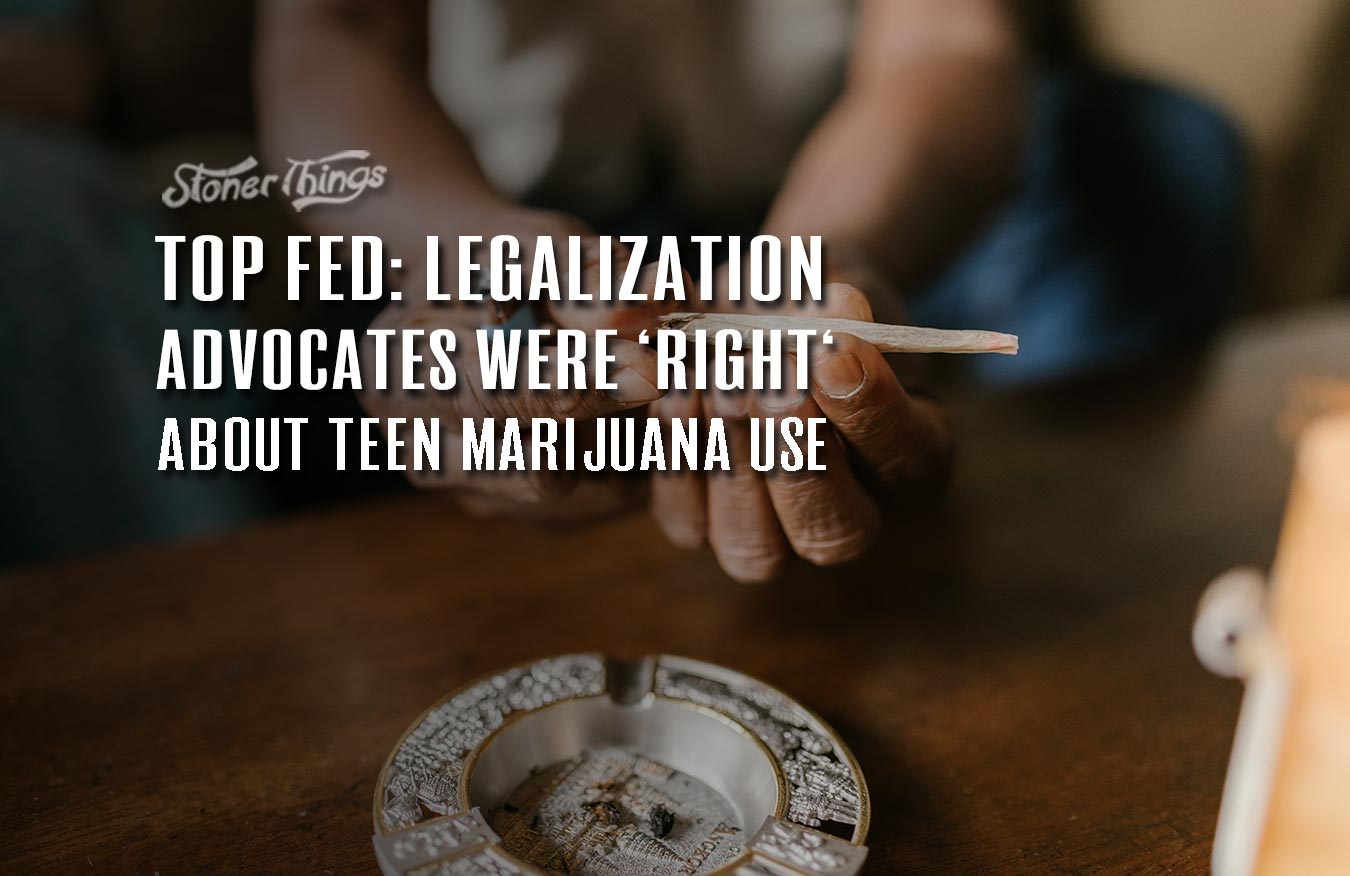 It’s not often that the head of a federal agency acknowledges they’ve been completely wrong about an issue that falls under their remit. Or, even rarer, admit they knowingly upheld a lie because it was politically prudent for them to do so.

Speaking on Drug Policy Alliance founder Ethan Nadelmann’s podcast, Nora Volkow, NIDA chief and, incidentally, the great-granddaughter of Russian communist revolutionary Leon Trotsky, said that after pot was legalized in states across the US she expected that “the use of marijuana among adolescents would go up.”

With years of empirical evidence now at hand, she admitted that “overall, it hasn’t” and that cannabis legalization advocates had been “right” about the reform’s impact on youth consumption.

Listen to Volkow’s thoughts on marijuana reform below.

Volkow, a psychiatrist, has headed up the country’s foremost institute for research into drug abuse and addiction since 2003. Her marijuana research stressed its addictive nature and the multiple dangers it poses, especially to young people’s developing brains. Other research of hers found marijuana use is associated with an increase in suicidal thoughts and that cannabis use is as addictive as opioids among teens. Such conclusions had previously led her to endorse marijuana prohibition.

“The notion of legalizing and making drugs accessible, what it will do is ultimately increase the number of people that get exposed to the drug,” Volkow said in a 2004 interview. “Some of those people will become addicted that may have not become addicted had it not been so easily accessible.”

Under Volkow’s watch, NIDA used to advocate for drug treatment interventions in prisons but she now emphasizes the need for a purely health-based approach toward problematic cannabis use, instead of subjecting people to the criminal justice system. While stopping short of endorsing pot decriminalization, Volkow recently wrote several op-eds calling for federal lawmakers to consider the reform and to treat drug addiction rather than penalize it.

But given her scientific credentials and the fact she’s been calling the shots at NIDA for nearly twenty years, it’s surprising she’s taken unfounded prohibitionist claims about the health dangers of legalization at face value for so long, given the harms of criminalization. As far back as 2013, NIDA released a report detailing an increase in teen use of cannabis over a 15 year period, while alcohol and tobacco consumption had decreased. Why not question prohibitionist logic that legalization leads to increased teen use at that time? One can only guess that it wasn’t so politically prudent to do so in 2013 as it is now.

The landscape today is, after all, far different to what it was then. With marijuana legalization spreading across the US without turning the nation’s children into zombies, it’s become more and more difficult to sustain prohibitionist fear-mongering, of which NIDA has previously been all too happy to play into.

That’s not to question Volkow’s research, or of others at NIDA. Her methodology is likely impeccable. But it’s important, nonetheless, to question the underlying motivations driving such research, not to mention the monopoly NIDA holds over drug abuse and addiction research.

It’s a conflict of interest since research findings that call into question the rationale behind the federal government’s drug war are unlikely to be warmly received by federal authorities. It’s no surprise, therefore, that the overwhelming majority of cannabis research funded by NIDA over the years has focused on the plant’s potential negative effects and misuse, rather than its therapeutic benefits and potential to treat addictions.

All this is to say that while Volkow and NIDA’s apparent change of stance on pot prohibition is to be welcomed, it’s worth keeping in mind they’ve been at the forefront of federal efforts to scientifically legitimize the plant’s illegal status, and as such are no allies of the marijuana reform movement.