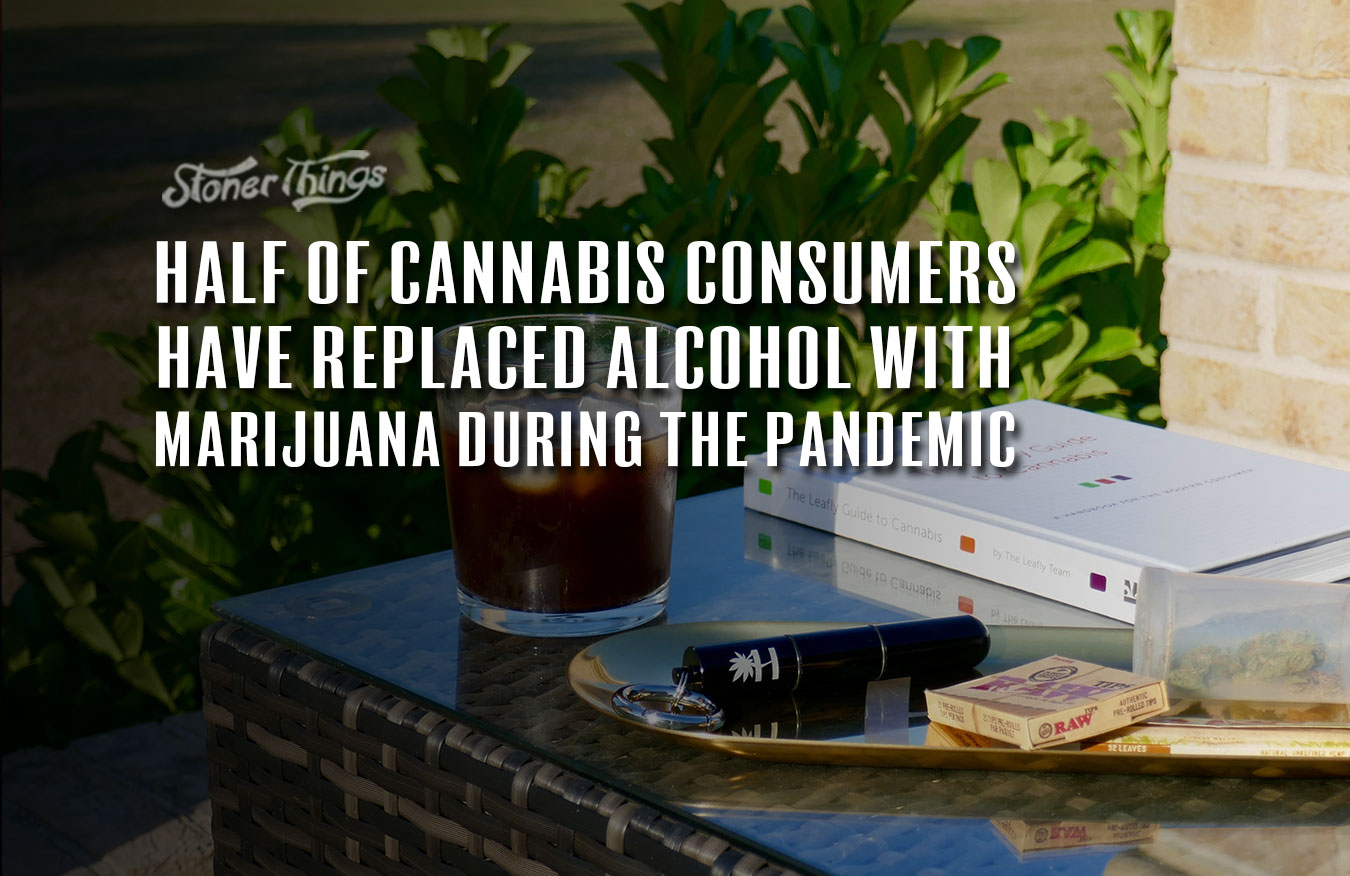 Have you been drinking more or less since the pandemic? If you’re a cannabis consumer, there’s a poll that says you’re probably drinking less, by a lot. In the poll, which involved a healthy sample of 2,000 respondents, 45% said they had either replaced or reduced alcohol use with marijuana. For dispensaries, it is a boom time. Not just because of increasing liberalization around cannabis laws, but because the pandemic has also seen new buyers. In the same poll, 42% say they increased their consumption of cannabis or started consuming for the first time. Is this related to stress? Boredom? In fact, over half of the respondents were using cannabis to help stress or get to sleep — so it does seem that these stressful times were a factor.

Also in the poll, a third of the respondents say they prefer cannabis over alcohol. It’s likely that years of alcohol awareness programs have made an impact on kids who have grown up in a world where marijuana is increasingly legal. However, alcohol use is actually up in the U.S., as the LA Times reported in 2020: “Americans are drinking more now than when Prohibition was enacted — a trend that’s been rising for two decades with no clear end in sight.” Yep, Americans are drinking more than they have in a generation and it seems to be going up.

This isn’t a zero sum game, and the poll, conducted by Harris Polls on behalf of Curaleaf, shows that people are still quite willing to drink and smoke if the mood strikes them. As marijuana has become legal in more jurisdictions, that has opened up more legal smokers, which seems to have had an effect on the data we track for cannabis consumption.

Marijuana use is up, and some say by quite a bit. A 2019 “World Drug Report” says that cannabis use is up 60% around the world. We already knew it was the most popular recreational drug, but that’s a surprising number. On a local basis, there have been studies that have shown a negligible rise in overall consumption, indicating not so much that a higher percentage of people are trying pot, but that now that it’s legal, more people are willing to admit to trying it. It can be difficult to track, because years of prohibition may have tainted the voluntary surveys of years past. Even so, cannabis use globally is largely up because of changing cultural norms and increasing legalization overall.

Back to drinking during the pandemic, it’s also possible that drinking loses its charm at home. It’s a lot more fun to drink at a bar with friends, but in the U.S. the coronavirus is lingering on, and more lockdowns are happening, and more bars are shutting down — some forever. Drinking is largely a social event, and without social gatherings it’s natural to see a decline in general use. That’s opposed to the decades of increasing use, which is probably more about marketing and choice (think of how many craft beers exist now versus 20 years ago).

Hopefully the pandemic won’t be around much longer, but it is likely these patterns will continue. Cannabis is here to stay, and social smoking is on the rise.