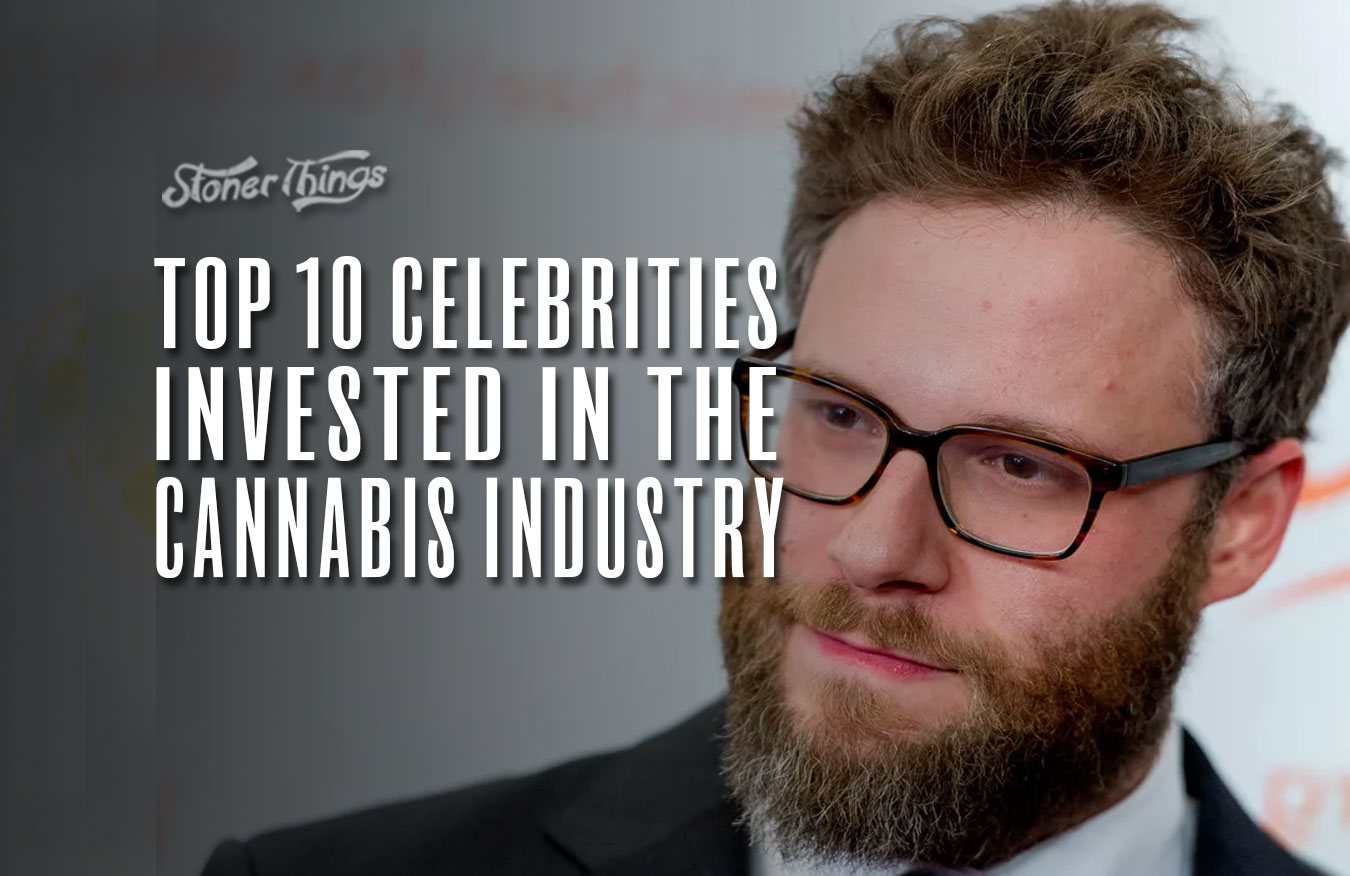 Within the last decade, the cannabis industry has skyrocketed. Mostly, this is thanks to the fact that it has become legal and legitimate in multiple countries and areas across the United States. And, with anything when there are sales and money involved, you can expect for celebrities to be onboard.

In the last few years, there has been a significant influx of famous names investing in marijuana and paraphernalia. Surprisingly, not all of them are the celebrity stoners you would expect like Kevin Smith or Cheech and Chong. It seems as if everybody is putting money into the weed industry from musicians to athletes.

Here are ten of the biggest names recently investing in the cannabis market:

The Canadian comedian/actor has established himself in Hollywood for his weed jokes, and the green stuff will continue to pay off for him. It was major news in 2019 when Seth and Evan Goldberg announced a partnership with Canopy Growth Corp. to develop premium cannabis products.  Houseplant is now available in select Canadian locations, soon to launch nation-wide.

The frontman of KISS has always promoted himself as clean and sober. On the other hand, Simmons is a man who loves to make money. So, how could he pass up the opportunity to invest in a growing industry? While he was open about changing his views on cannabis, Simmons stepped in as ‘chief evangelist officer’ of the brand Invictus. He has since stepped down from his role, yet continues to be an investor.

Many athletes have been putting money into the weed industry, but maybe none more renowned and respected as Joe Montana. The former Heisman Trophy winner put a significant investment into Caliva, who are developing everything from farms to distribution centres. The ex-NFL star believes that the healing properties of cannabis make it an essential product for those who suffer from chronic pain and opioid addiction.

The singer/songwriter that brought us great songs like ‘Margaritaville’ was a significant advocate for legalization in Florida. Since then, Buffett has put his money where his mouth is, making investments in new brands. Earlier this year, Buffett and Surterra Wellness launched their cannabis brand, Coral Reefer, throughout the USA.

Jay-Z is one of the biggest names in the world, and he is utilizing that recognition to advocate for the green stuff. Joining with Caliva, Jay-Z is a significant member of the distributor that has other big-name investors.  Caliva opened their doors to their first location in SoCal just a few months ago.

The Trailer Park Boys gained popularity with their show that saw them attempt to grow cannabis illegally on more than one occasion. Well, thanks to legalization in Canada, the boys are now investing legitimately. Joining forces with OrganiGram, the Trailer Park Boys have lent their likenesses for a new recreational brand of cannabis, Trailer Park Buds, that should be launching later in 2020.

The legendary songwriter has been one of cannabis’s most significant advocates for the longest time.

It only makes sense for him to lend his money and likeness to harvest his own brand of the good stuff. Though the singer has since had to quit smoking weed due to health reasons, Willie’s Reserve brand cannabis is still widely available.

In the years since John Belushi’s passing, his friends and family have done a lot to keep his legacy alive. And now, his likeness will be donning a Blues Brothers cannabis brand. Dan Aykroyd and John’s real brother, Jim Belushi, announced late last year that they would be growing their own strains in Southern Oregon.

Last year, Mike Tyson made headlines when he admitted to burning through an estimated $40,000 worth of cannabis on his ranch. Well, the former heavyweight champion was going to have to earn some of the money back eventually.  Tyson Ranch brand cannabis is now distributed nation-wide with the former boxer putting his own stamp of approval on each strain released.

Maybe the most unlikely name on this list, Martha Stewart made waves when she announced a partnership with Canadian cannabis producer, Canopy Growth Corp. The lifestyle guru joined forces with the weed giant in hopes of developing cannabis-related cosmetics, food, and animal care products.  Her publicized friendship with Snoop Dogg may have had something to do with her new project, though she has yet to admit to partaking herself.