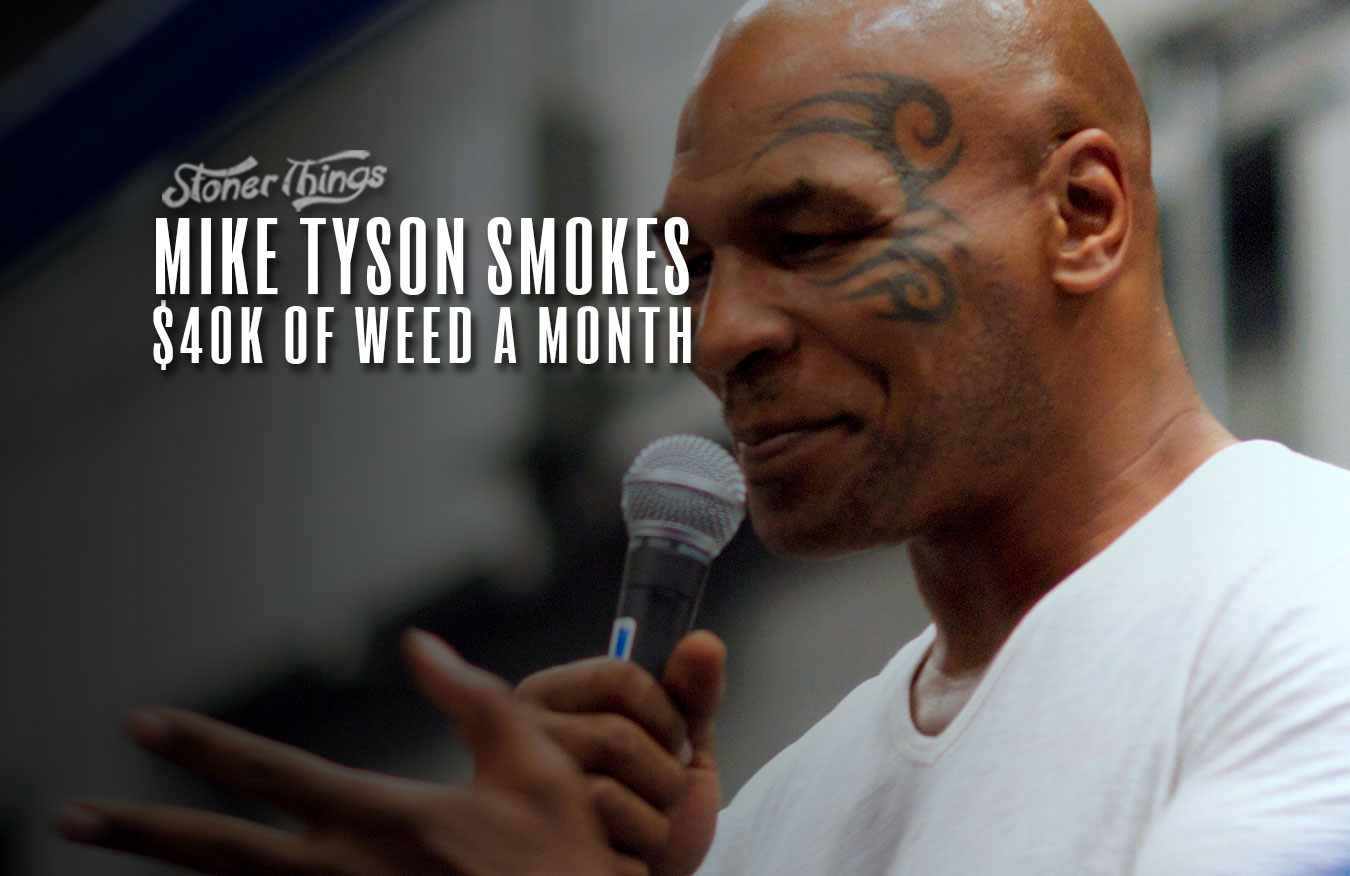 How much do you spend on cannabis per month? Even if you’re wearing hemp clothes, eating seeds, using CBD lotions, and smoking every day you’re probably still not in the same ballpark as Mike Tyson. A lot of people might not realize that the former heavyweight boxing champ has invested heavily in the cannabis business, but also consumes quite a bit as well. On his podcast, Tyson asked his co-host Ebon Britton (a former NFL player), “what do we smoke a month?” Britton’s answer was an estimate, perhaps, but still shocking: “We smoke 10 tons of weed at the ranch a month.” Tyson’s estimate was around $40,000 a month in cost.

The question came as Tyson had rapper Jim Jones on his show. Jones seemed visibly impressed, as his eyes got wide and said, “that’s nonstop, every second weed right there.” Perhaps, although it was somewhat unclear as to whether this was just Tyson and Britton, or others who show up at the ranch. And what, exactly, is “the ranch?” Mike Tyson isn’t just using his money to lounge around. He’s also an entrepreneur, and last year broke ground on a 40-acre ranch in California City that will be dedicated to cannabis. According to People, 20 acres will be for cultivation, while the other 20 will include a sort of resort, plus a training program for would-be cultivators.

In fact, Tyson Ranch has a website with products available, although the resort itself isn’t open yet. The Tyson Cultivation School doesn’t have a presence as yet, but is rumored to be cutting edge. Still, Tyson is dedicated to mastering the art of cultivation as well, and has said he wants to do research on better CBD products for veterans suffering from PTSD.

Meanwhile, Mike’s a daily smoker. His routine includes waking at 5AM, grabbing a joint and lighting up before hitting the treadmill for a bit, then greeting his wife and kids. He says that cannabis helped save him at a time when he was using harder drugs, and in a lot of pain. The opiates were the worst, he says, which is why he’s become so passionate about CBD and marijuana. At his lowest point, after jail, he was sleeping on couches and appearing in cameo roles so he could buy a house.

Tyson is hardly the first celebrity to cash in on cannabis, with Whoopi Goldberg, Snoop Dogg, and Seth Rogen among the high-profile investors in this booming business. But Tyson, as an advocate and enthusiast, is still getting comfortable with his public stance on cannabis. During the podcast he exclaimed that he “couldn’t believe” he was talking about how much he smoked. To be fair, $40,000 a month is a lot of weed.