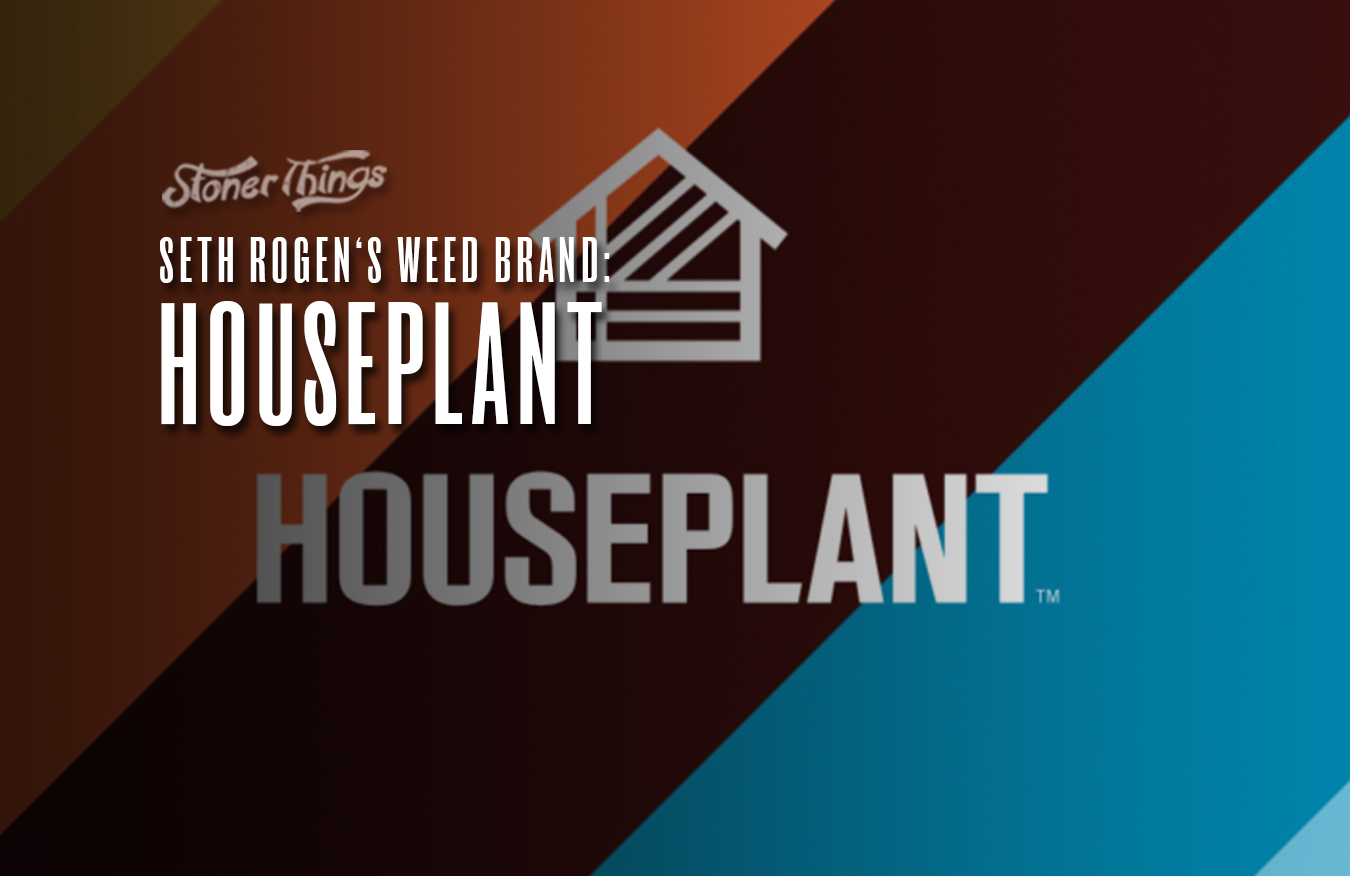 If there’s a market opportunity, it seems like celebrity is one way to capitalize on it. From celebrity endorsements to celebrity designs, slapping a name on a brand isn’t anything new. But it really works best when the celebrity knows what they’re talking about. So it should come as no surprise that Seth Rogen has launched a new marijuana brand, called Houseplant.

Rogen may be an actor, producer, and writer, but he’s also been a strong advocate of cannabis legalization. Yes, he’s played stoner characters — notably in Pineapple Express — but he lives what he preaches and portrays. Rogen is a connoisseur of cannabis and film, apparently. His partner in Houseplant is also his filmmaking partner, Evan Goldberg, who is a Canadian writer, producer, and director.

t he lives what he preaches and portrays. Rogen is a connoisseur of cannabis and film, apparently. His partner in Houseplant is also his filmmaking partner, Evan Goldberg, who is a Canadian writer, producer, and director.

In fact, Houseplant was developed by a Canadian company after the entire country legalized marijuana last year. Canopy Growth is taking charge of the operation, and as Fortune reports the company has been working on Houseplant for a few years already. Rogen says he’s been working with Canopy for five years, which could mean he’s been testing a lot of variations of strains in-between being an actor and producer. Partnering with an existing grower makes sense, as they can help with existing distribution channels and bring their knowledge of production to the table. Canopy will reportedly take a small stake in the Houseplant brand as well.

Houseplant isn’t just going to offer strains of cannabis for consumption, but will also help educate customers and the curious about cannabis culture. The videos on the Houseplant website are done in a cheeky, 80’s style, almost like an infomercial. But they contain great information, like picking a strain and how to partake. There’s even a great video on how to roll a joint. Of course, the company has all the requisite social media accounts with great photos and stories.

Interestingly, Canadian advertising laws for marijuana prohibits celebrity endorsements. If you look at the Houseplant packaging, there’s no image of Rogen declaring “I smoke it, and so should you” because that wouldn’t be allowed. Instead, the packaging is colorful and simple, like the design of the Houseplant website.

Currently only the Houseplant Sativa is available, but an Indica and a Hybrid strain are in the works. While celebrity endorsements may be illegal in Canada, there’s little doubt that Rogen is a strong voice for the brand and his influence will no doubt help elevate it among competitors. Canopy has also worked with other celebrities, including Snoop Dogg, and distributes his Leafs by Snoop cannabis brand in Canada.