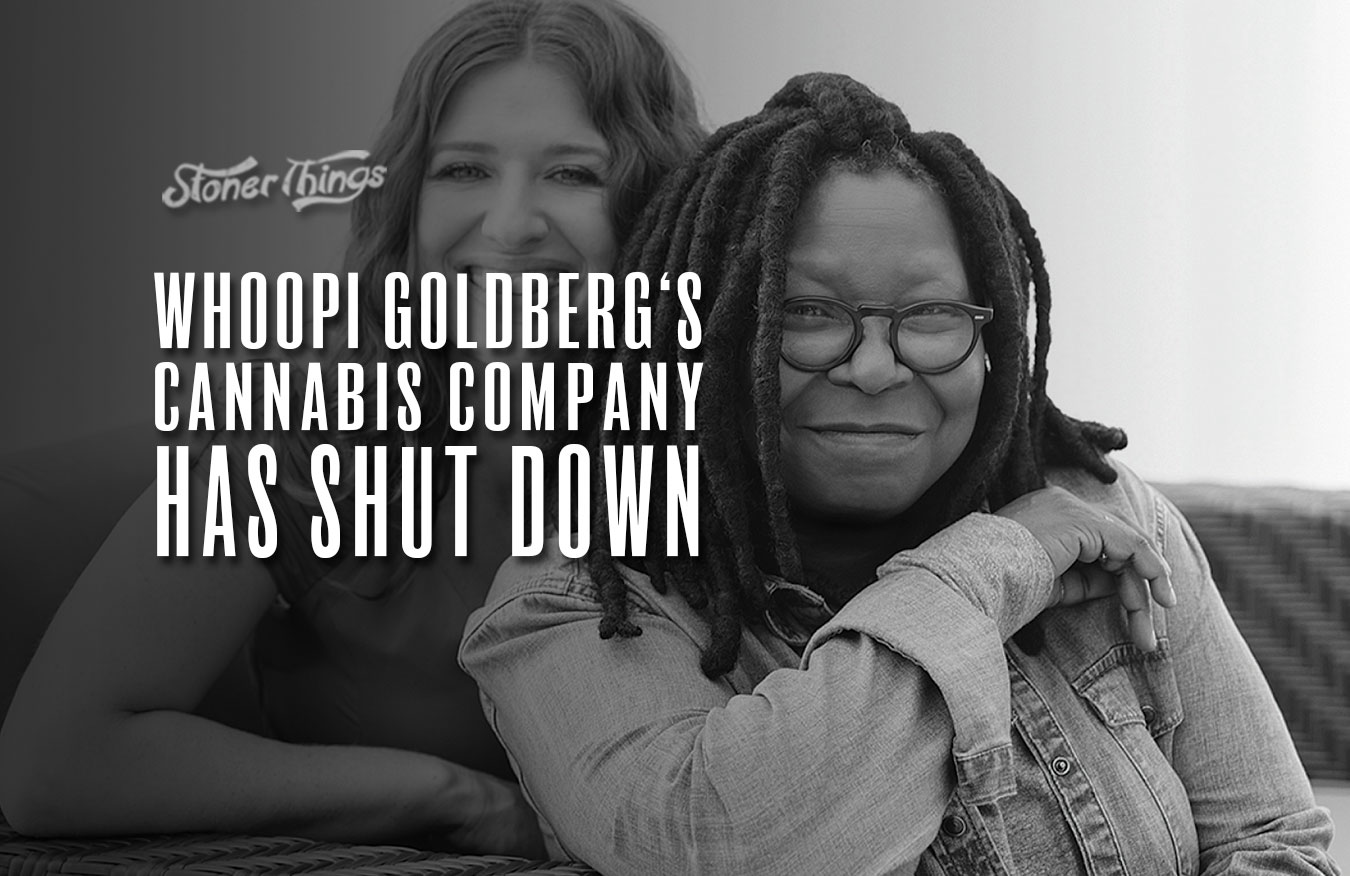 One of the biggest flops of the dotcom era was Flooz, an “e-currency” that predated Bitcoin. Do you remember when anything dealing with the internet had an “e” in front of it? Anyway, Flooz hired Whoopi Goldberg to represent it, even giving the actor/comedian and host of The View a stake in the company. Of course, a stake in a dotcom startup from the late 90’s is worth about as much as a plug nickel, and even worked its way into popular culture as a joke. The Simpsons skewered the dotcom boom and bust in I Am Furious Yellow, for example. The marijuana industry hasn’t gone bust, however, so how did her cannabis company decide to close?

It was reported that Whoopi & Maya closed because of government regulations. The company had high hopes (no pun intended) of serving primarily women with medical marijuana, and were particularly focused on providing weed for menstrual pain. Some states are still working to classify — or deny — menstrual pain as medically valid enough for medical marijuana. But there’s already products on the market to address the need, like Foria Relief. That product, however, is a suppository, and yes they go into the vagina. Whoopi & Maya didn’t make anything like that, but the website did have an article on cannabis and menstrual pain.

So did regulations really kill the company? An executive with the company hinted at personal issues between the founders. The other half of the company is Maya Elisabeth, the founder of Om Edibles, and winner of multiple Cannabis Cups. No more details were given about the rift, but if you’ve ever seen Goldberg on The View you know she can be combative to a point, then tends to shut things down so they can go to commercial break. In business, perhaps there’s a similar pattern. Until the book on Whoopi & Maya is written, we may not know. As for the regulations…

The cannabis industry is currently not for the faint of heart or those who can’t properly capitalize their ventures. According to the executive at Whoopi & Maya, the company was close to profitability when the state of California changed packaging rules after it fully legalized marijuana after 2016. Before that, the rules were a bit different. Apparently the menstrual marijuana company had already created packaging that wasn’t sufficient, which seems to have cut into the company’s bottom line at a crucial point that made it unsustainable afterwards. Or maybe the founders just didn’t like each other and this was a good reason to stop throwing money into a pit. As the industry does remain in flux while illegal at the Federal level, there’s bound to be companies who can’t survive even though the demand is through the roof and supplies are constrained. Although it sounds like an ideal business environment, it really isn’t. As Whoopi Goldberg found out the hard way.