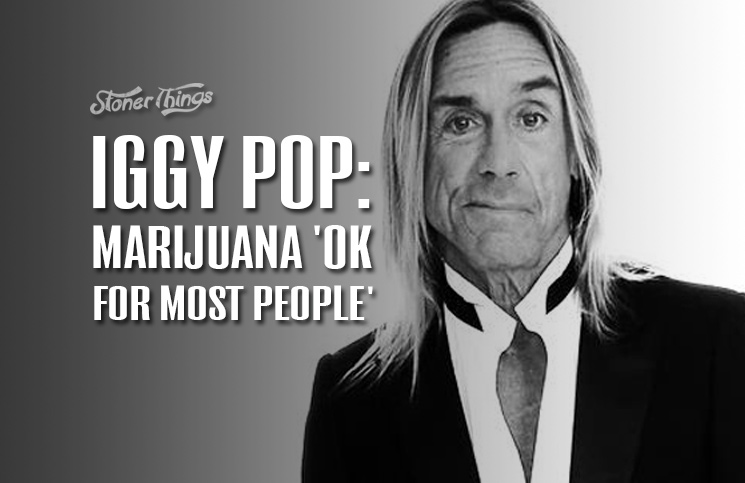 Iggy Pop is known for a lot of things. He was largely responsible for the punk movement. He’s a member of the Rock and Roll Hall of Fame. And he used to do a lot of smack. But he is definitely not known as an anti-drug crusader.

Yet that appears to be what the ravages of age have done to the man – in his private life, anyway.

Pop, speaking at the Cannes Film Festival in May, said he has turned in his bong for a glass of wine each night. No more hard drugs, he said, no more drugs of any kind, and he urged his audience to quit too.

Pop urges others not to use hard drugs

“I don’t drug up any more,” he said. “I don’t do it. I have wine with dinner and that’s about it. Everybody should just drop that shit, simple as that. For me, the best is a very good wine – but weed is OK for most people.”

Pop was notorious in the 1970s and 1980s for his heavy drug use. He spent much of that time on heroin, LSD, or both. The drug use contributed to his famous on-stage antics, a big part of his appeal as a rocker, but it also led him down a dark path, he warned at Cannes.

Some of that story is captured in the movie he came to Cannes to promote, a documentary titled “Gimme Danger” about Pop and his punk band, The Stooges. The film includes prominent archival footage of a young Pop during LSD trips.

“I was on acid in more than several of the clips in the movie when I was young,” he said. “I would go from feeling very aggressive for five seconds and then break out laughing.”

As he suggested with his “weed is OK” remark, his point wasn’t to scare off stoners. The real goal was to convince potheads and drinkers not to go any further than that.

“It doesn’t take much before you’re hearing, ‘I got this mescaline,’” Iggy Pop said. Actually, that “gateway drug” theory has been proven wrong many times. But the man does have a point about the danger of doing hard drugs. He was lucky enough to have survived the experience.

Iggy Pop recovered from heroin addiction in the 1980s and has been relatively clean since – with the arguable exception of pot. And he is hardly the only celebrity to give up THC in the last few years. Whether because of legal problems, health scares, or addiction concerns, some famous people continue to quit weed, even while others start to smoke it for the first time.

What do you think about Iggy Pop saying he no longer lights up? Is that really safer than giving up a nightly glass of wine? Leave us a comment.