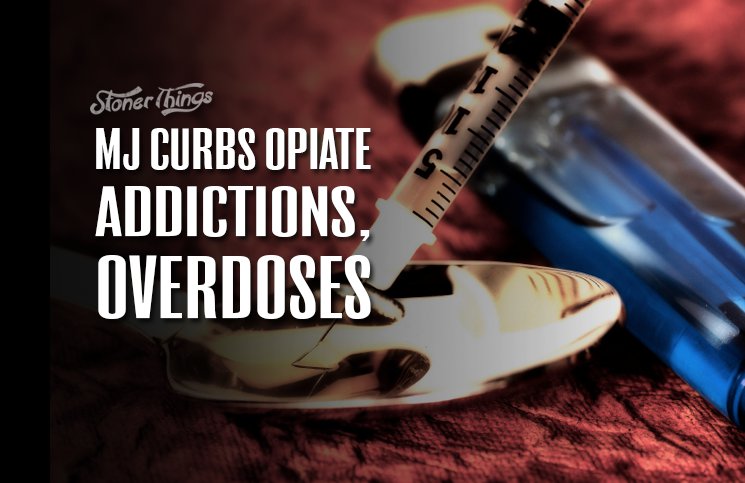 Science has already demonstrated that medical marijuana has the potential to reduce deaths caused by heroin and other opiate drugs. Now a new study suggests weed can also cut down on opiate addictions. 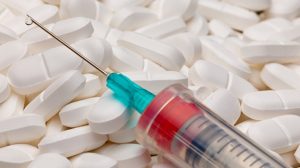 The study is further proof that cannabis may be an effective substitute for opiates and other dangerous drugs. Though patients can also become addicted to weed, it happens rarely, and the consequences are typically much less severe.

The study was a collaboration between the RAND Corp., a public-policy think tank, and the University of California. It was authored by David Powell and Rosalie Pacula, both of RAND, and Mireille Jacobson of UC Irvine.

“Our findings suggest that providing broader access to medical marijuana may have the potential benefit of reducing abuse of highly addictive painkillers,” the researchers wrote.

The study examined admission records for patients seeking treatment for opiate addiction, as well as opiate overdose deaths in every state with medical marijuana. States that allow dispensaries saw a relative drop in opiate abuse and overdose deaths, while other MMJ states did not.

Earlier studies have demonstrated that cannabis can effectively reduce opiate deaths. Opiates are derived from the opium plant and include morphine and heroin; their synthetic cousins, opioids, are also highly addictive and potentially fatal.

Opiates and opioids are typically used to treat severe pain. The addicts who abuse these drugs often start out as legitimate patients in need of effective pain relief. They usually begin with Vicodin, Percocet, or other “drug store” opiates.

But these pills are relatively expensive, and prescriptions are hard to come by. Some addicts choose to rob pharmacies, while most others turn to the street. Heroin, the strongest opiate known to man, is cheap and incredibly potent.

Opiate overdoses account for a disproportionate number of prescription drug fatalities. Yet these painkillers are widely prescribed, especially for chronic pain.

Thankfully, weed is also good at treating pain. Some believe it may be more effective than opiates. And almost everyone agrees it’s much, much safer.

The study concluded that many patients are mixing pot and painkillers: Overall opiate distribution didn’t drop in states that allow dispensaries, even though deaths and addiction admissions did. Even so, the addition of cannabis may be saving lives, the authors said.

That’s because users who combine drugs are likely cutting back on opiate abuse. So even if the weed isn’t treating their pain – and it is – it’s providing a safer substitute for the deadly opiates.

The United States has reached the tail end of an era during which opiates were widely prescribed to treat what was viewed as an epidemic of chronic pain. That perception fueled a decades-long explosion in opiate use, a trend that has resulted in countless heroin addicts and untold overdose deaths.

The pendulum has swung in the other direction. Now, doctors are more worried about the dependence and health hazards that come with opiate misuse. That leaves roughly 100 million people, all with chronic pain, stuck in a kind of healthcare limbo. The deadliest choice is also the easiest to get, while a much safer alternative lies outside the law.