Some marijuana-related questions just can’t be answered. Who grows the best weed? What’s the best way to get high? Why is marijuana illegal in so many places?

But that doesn’t mean we shouldn’t try. 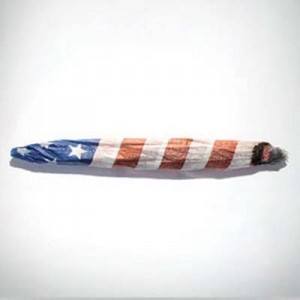 The last of these questions – “Why is marijuana illegal?” – may be the most important when it comes to cannabis. Marijuana is probably safer than alcohol in every regard, yet the federal government and all but four of the states still prohibit it for non-medical use. Numerous states don’t even allow medicinal use.

There are multiple reasons for this state of affairs, but they all boil down to one issue: race. It is no exaggeration to say that if it wasn’t for racism, cannabis would probably be legal everywhere in America.

It was legal in the early years of the republic. Hemp was widely grown for agricultural and industrial uses until the late 19th century, when it appeared in unregulated “patent medicines” and then became popular for recreational use.

Marijuana was popular prior to Marihuana Tax Stamp Act 1937

Marijuana use was increasingly common across the United States, but it was most popular in the Southwest, where it developed a reputation as a vice of Mexican immigrants. That association was enough to convince Congress to pass the Marihuana Tax Stamp Act of 1937, a law that banned cannabis by requiring cultivation licenses that the government refused to issue.

But it wasn’t just pot. The United States went through repeated waves of drug and alcohol prohibition. Cocaine was banned because American voters associated it with black people, heroin because of its history with Chinese immigrants, and alcohol because Protestants viewed it as a Catholic sin.

Marijuana opponents had other reasons to ban the drug. The original prohibition campaign was led by Harry Anslinger, head of the Federal Bureau of Narcotics, and he had plenty to gain. 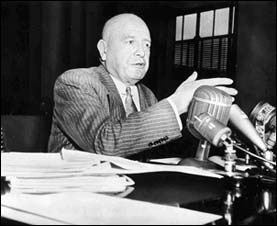 Anslinger started his career as a federal Prohibition agent, and when Prohibition ended, he needed a way to stay relevant. The Bureau of Narcotics was his answer.

The new agency needed an enemy. Cocaine and heroin made for lurid targets, but not many people used them. Marijuana smoking wasn’t terribly common either, but then, as now, pot was cheaper, easier to find, and more socially acceptable than those “hard” drugs. That’s one of the reasons Ansliger made it his new obsession.

He used every tool he could find, including propaganda: the cult favorite “Reefer Madness” owes its existence to the anti-weed push of the 1930s. That movement peaked with Anslinger’s Marihuana Tax Stamp Act.

The law no longer stands – it was overturned by the U.S. Supreme Court in 1969 – but cannabis is still illegal for any use under federal law. Four states have legalized the drug for any use under their own laws, while another two dozen allow it for some form of medical use.

But pot remains prohibited in most places for most uses. That is changing a little every day. California voters are expected to legalize the drug in November, which would make the Golden State the largest legal market in the world.

For now, the wise approach is to read up and be informed about where cannabis is legal and where it isn’t. The law alone isn’t enough to stop most potheads, but knowing what it allows could mean the difference between a night in jail, a stiff ticket, or a free ride.