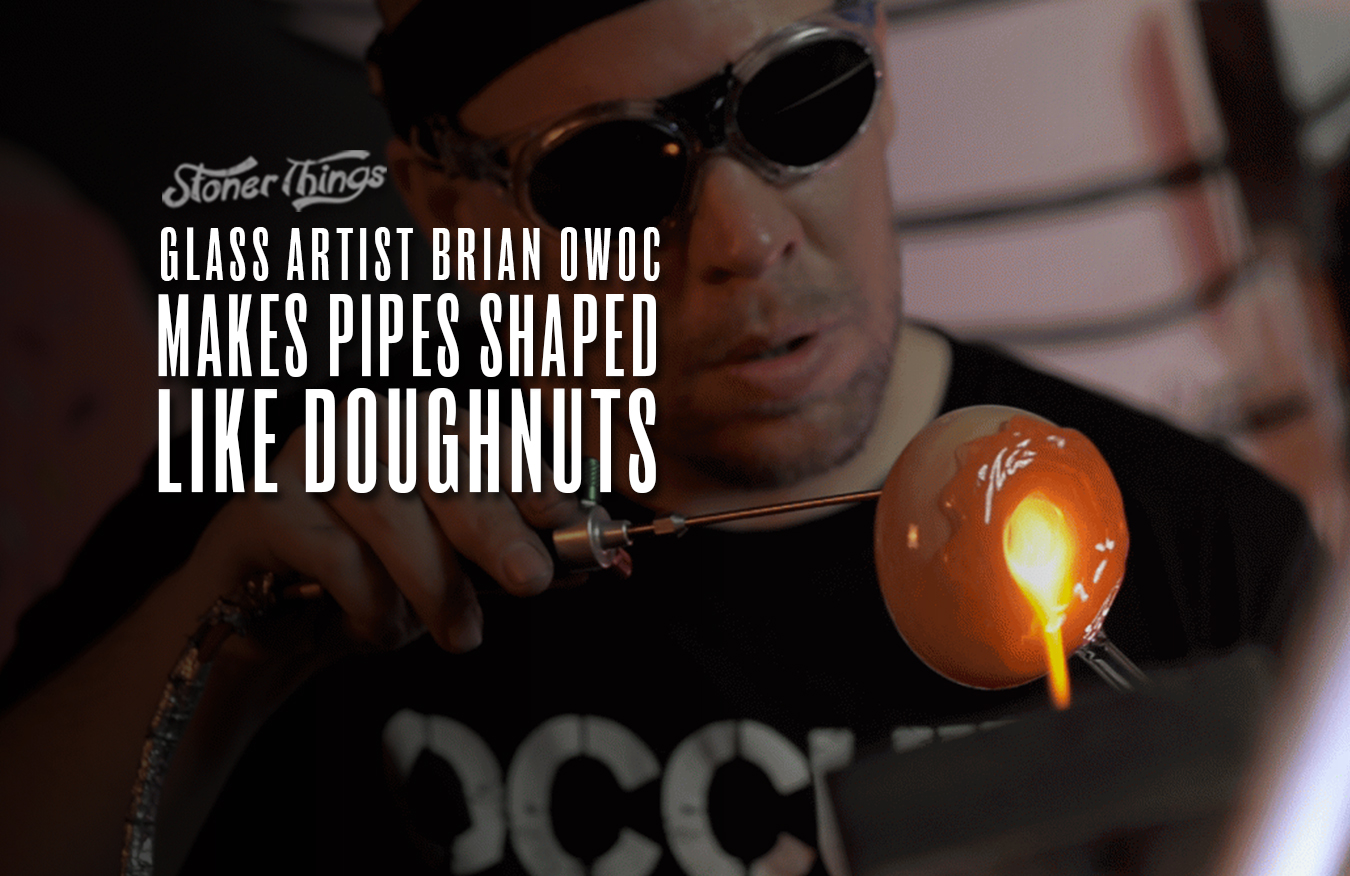 It turns out Homer Simpson isn’t the only person inspired by doughnuts. A Maine glass blower found his inspiration in the globs of batter while working at a Dunkin to pay his bills. He tells Forbes that the doughnuts around him made him want to create a pipe that looked like a doughnut— and his business, KGB Glass, was born. Now Brian Owoc spends most of his time making beautiful glass doughnuts for people to smoke out of. It’s part of a growing trend of heady glass artists who make products for cannabis culture.

Owoc’s pipes fetch hundreds of dollars and his bongs can get into four-figure territory. The artist says since glassblowing is both work and relaxing, he has to be careful about working too much. Of course, marijuana has long been touted as a drug for boosting creativity. Now, with weed becoming legal across the US, some artists are using cannabis itself as their palate. Owoc is hardly alone in his entrepreneurial endeavors.

Just limiting our field to artists that work with paper — rolling papers to be exact — there are a number of cannabis-inspired artists using papers as their medium. There’s an artist that creates dazzling images just using leftover roaches, for instance (see below video). And then there’s Tony Greenhand, whose rolling paper sculptures can fetch thousands of dollars and are all 100% smokable.

As for Owoc, he’s content to stick with glass. It’s working for him, too. Once upon a time pipes and bongs were subject to seizure just because they might be used with cannabis. Makers used pseudonyms to stay hidden, and sellers used euphemisms to sell paraphernalia. Did anyone ever really smoke tobacco out of a Graphix bong? What’s interesting is that with over two dozen states having some level of legalization, and hemp now legal nationwide, artists like Owoc no longer need to worry about getting in trouble for making their works of art. That’s a boon to makers and buyers, in the end.