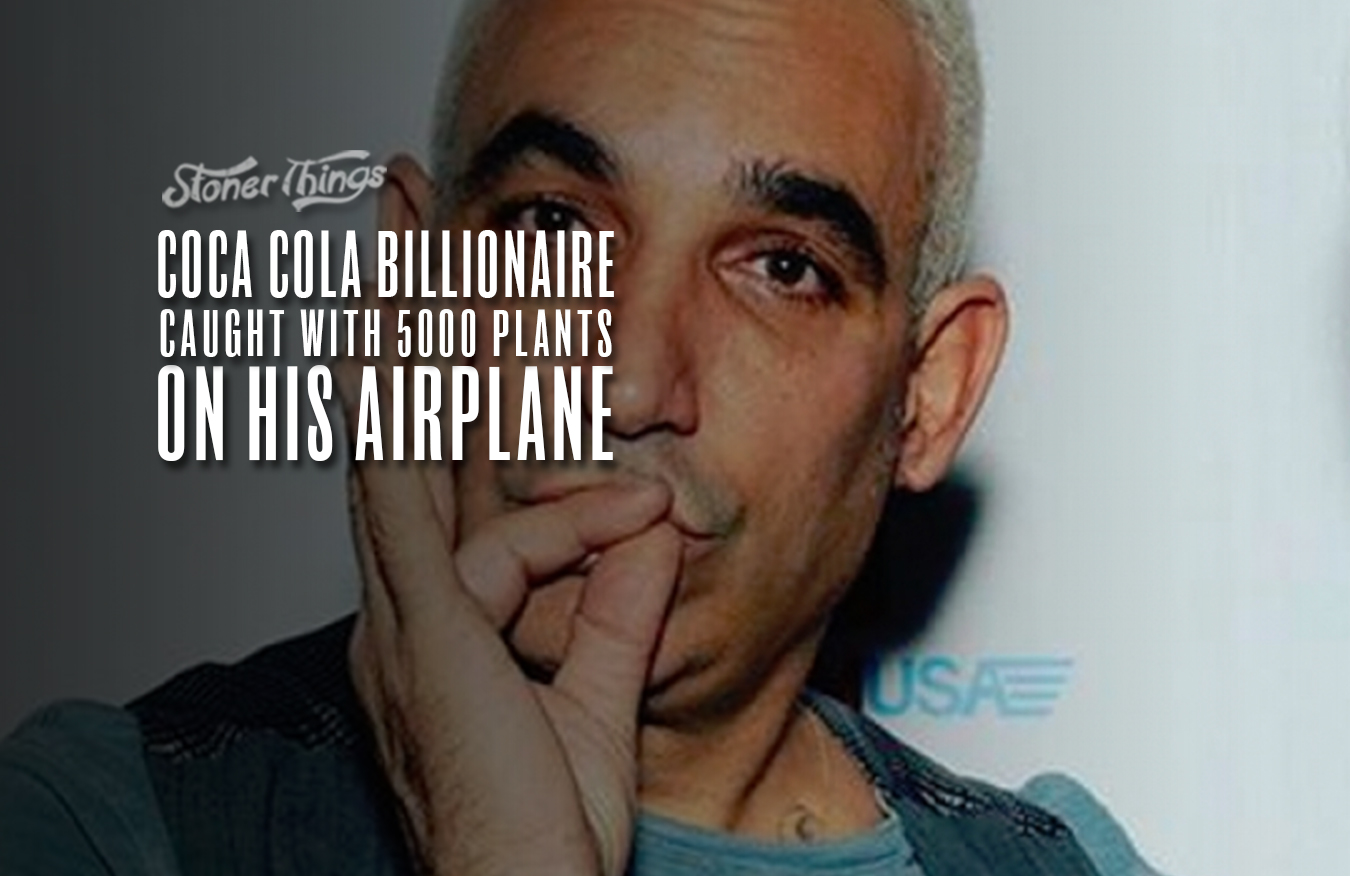 How many times have you wound up on an island and realized you packed over a million dollars of cannabis on your private jet? If you’re Alkiviades David, you’ve done this at least once. David is a Greek billionaire, heir to a sprawling family business empire, notably one that owns 28 Coca-Cola bottling plants around the world. David has his hands in other businesses, but the booming CBD market is what led him to cross authorities on the Caribbean island of St. Kitts and Nevis.

David’s jet had celebrity guests plus almost 5,000 plants, seeds and finished CBD products totalling $1.3 million dollars. His guests included the co-founder of the Dish satellite radio company Chase Ergen, actor Jonathan Rhys Myers, and others. Alki, as he’s known, says it’s all just a simple misunderstanding. Authorities charged him with smuggling drugs into the country, but one of his many business holdings is Swissx Products, a high-end CBD producer aimed at wellness products. David says he brought the plants and products to the island to develop his business interests there just as the island’s government was set to legalize cannabis.

Problem is, customs officials say they had no idea about any of Alki’s business dealings. His guests were held for a day, and he was released after posting $300,000 bail. He’s got a September court date, which he promises he’ll attend. In fact, Rolling Stone reports David posted a video to Instagram saying the issue has already been taken care of, and that he’ll return with rolling papers.

Meanwhile, a statement from David and his business partner Ergen paint a rosy potential picture of a booming “legal CBD hemp” business sprouting up in St. Kitts-Nevis. This was shortly after his release, but not before the Caribbean News Network posted a photo of David and Ergen being arrested.

The same week, a court overturned several drug laws on the island, ruling that adults could enjoy marijuana in their own homes. The ruling also permitted use for religious reasons — most notably Rastafari practitioners — giving the government 90 days to “remedy these constitutional defects.” A Rastafarian arrested in 2012 sparked the ruling, and the government argued the prohibition was vital to safeguard the health of its citizens. The court ruled the government didn’t prove its assertion. A new law is working its way through the parliament that would legalize for medicinal purposes and overturn some convictions.

That will be a little late for Alki David’s legal troubles, however. Importation of a controlled substance is a completely different matter, but it’s still possible he could argue the effect of CBD and hemp is different enough from THC products that what he was transporting shouldn’t count. Or his defense may have another strategy: Ask for mercy from the court. Either way, if the island’s parliament passes its law it would pave the way for legal cannabis products in the near future.