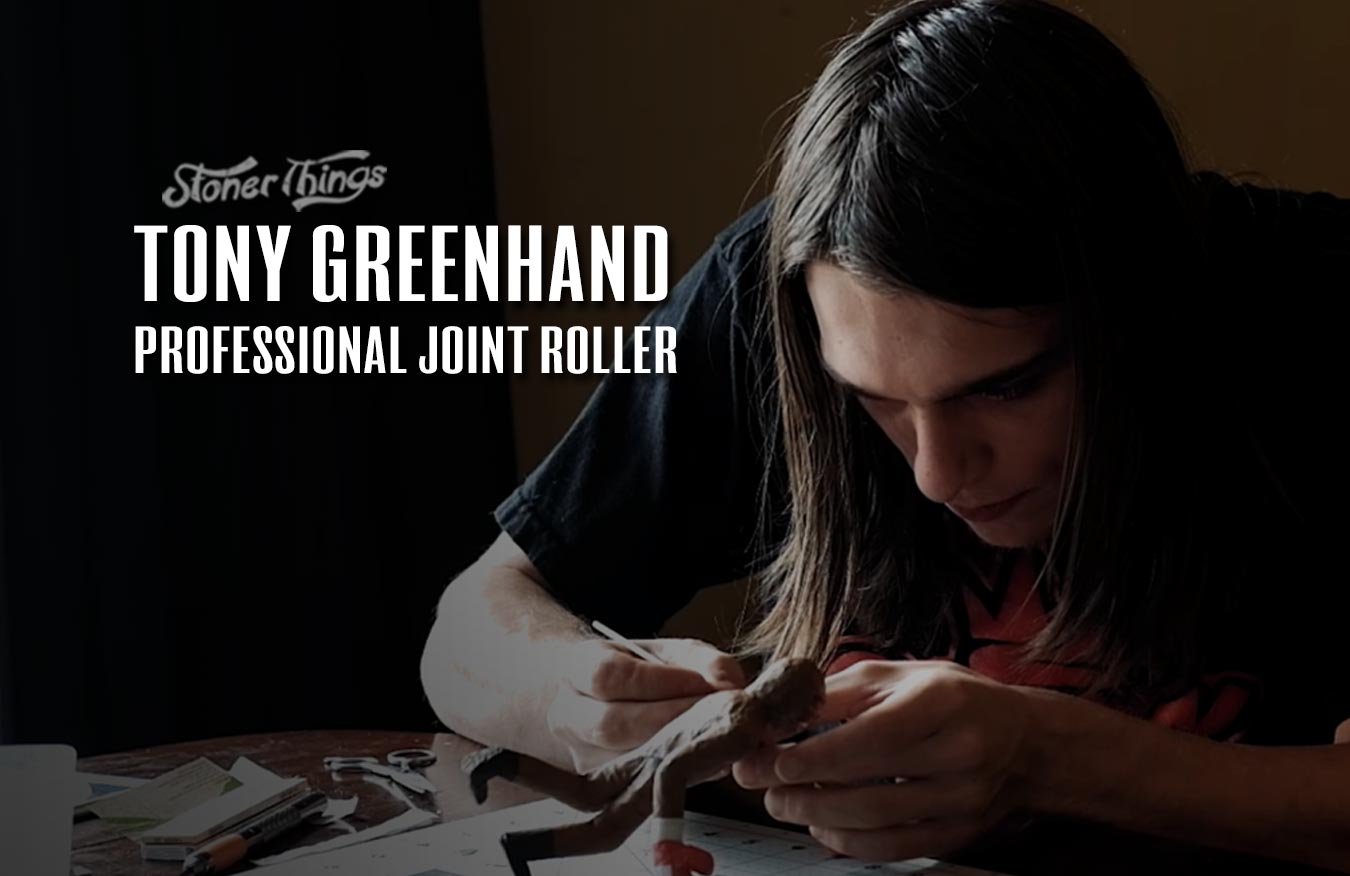 We live in a golden age of handmade arts and crafts. Sites like Etsy are teeming with incredible stuff made by hand. The “maker movement” has taken the world by storm, and that includes synthesizing with cannabis culture. An emerging art form includes using cannabis in various forms to create art — smokeable art.

Enter Tony Greenhand, a professional joint roller who earns a living creating “Smokeable Art” with rolling papers and cannabis, a little glue and a lot of time. He’s achieved celebrity status and his works can fetch thousands. Yet he remains level-headed, even chill, about his work.

Based in Oregon, Tony started growing and breeding cannabis and began toying around with rolling when one thing led to another and he became a “joint specialist.” At least, that’s what he called himself when Leafly visited him to see his process firsthand. Interestingly, the whole thing started as just a kind of hobby to be shared with friends. Greenhand, not his real last name, would make cool joints for his friends who were growers, and it bloomed from there.

Tony’s enthusiasm for cannabis is evident. He spends hours every day meticulously working on elaborate creations, all the while smoking a joint himself. As cannabis culture goes mainstream and social media continues to pervade society, his sculpting skills have rocketed him to cannabis celebrity. On Facebook and Instagram, you can see why he’s so revered. Incredible, huge sculptures made from rolling papers and copious amounts of cannabis abound. (We’ve included some examples below.)

Now Greenhand’s store sells more than just commissioned work. Given his background in growing and breeding, it’s only natural he’s got a few house strains. Plus, he’s scaled his art sales to include phone cases, posters and more. Tony’s entrepreneurial spirit and incredible work ethic has also made his “simple crafts” into a very good business.

As of now, the Tony Greenhand Instagram account has over 374,000 followers. When Vocativ visited him in 2016, he had just 90,000. That’s both a testament to the hard work he’s done over the years and to the growth of the cannabis business overall. Whether you call him a joint specialist or professional joint roller, his 100% smokeable art is extraordinary and rare, and a testament to the creativity of cannabis enthusiasts.