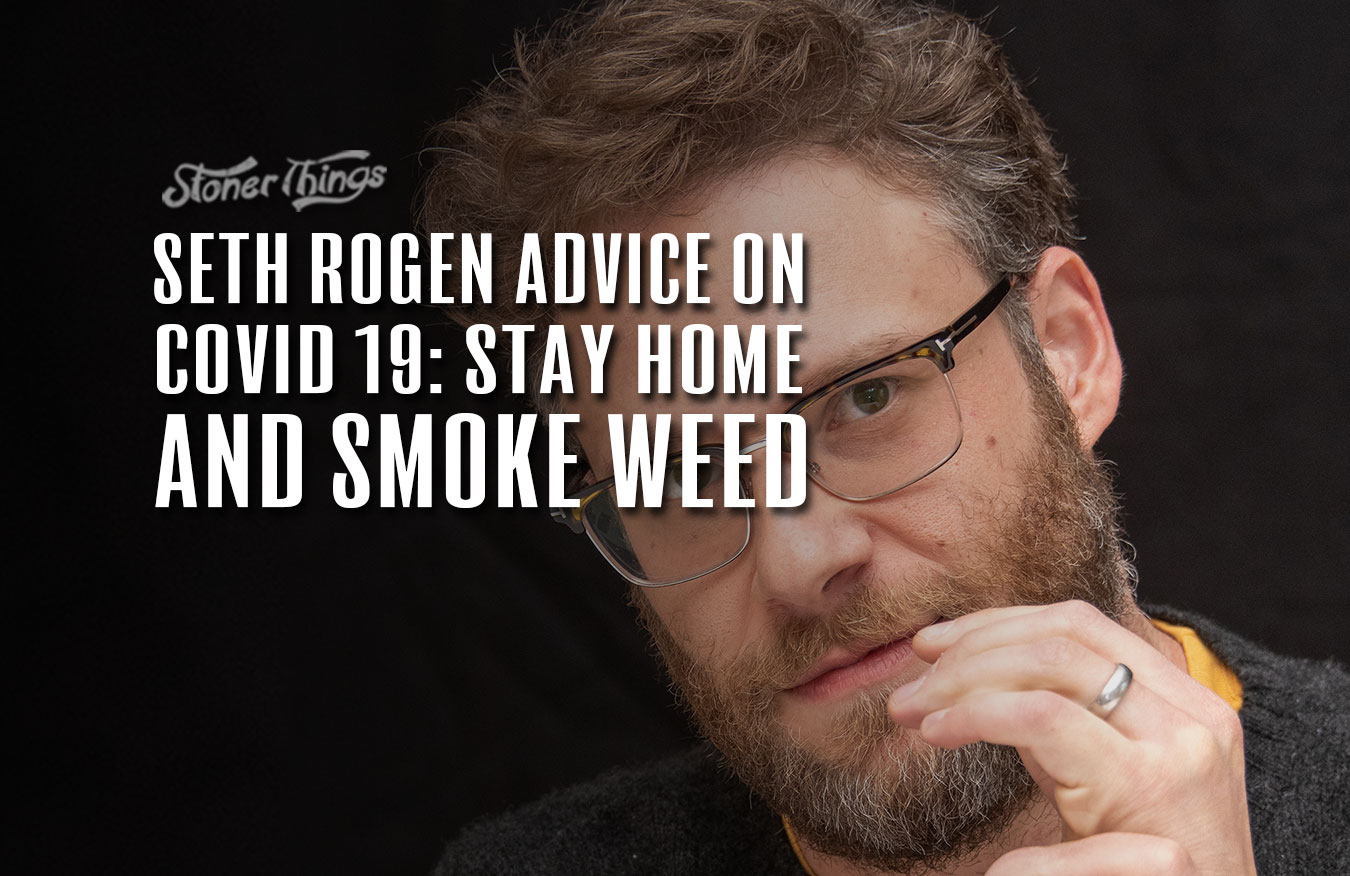 If there’s a stoner sage for the ages, it’s Seth Rogen (OK, Snoop as well). When he’s not playing a time-traveling pickled man, he’s well known for being a cannabis advocate and enthusiast. He’s also a philanthropist, entrepreneur, and screenwriter. Now, Mr. Rogen is weighing in on the COVID pandemic raging across the world, and gave very specific advice to young residents of British Columbia: Stay home.

People of British Columbia! Please do not go out to parties and BBQs and other large gatherings! The COVID is still out there! It’s more fun to hang out alone and smoke weed and watch movies and TV shows anyway! Do that instead! Thank you!

The co-star and co-writer of The Pineapple Express urged those in British Columbia to avoid BBQs and other social gatherings in light of COVID-19, saying that it’s better if you stay home and watch movies and smoke weed. Well, of course he’d say that since he has movies to watch and weed to smoke, right? Actually, his advice carries weight (that’s why celebrities vocally support some causes), and British Columbia Premier John Horgan had actually asked Rogen and Ryan Reynolds to broadcast the message to stay home. However, he didn’t necessarily say “and smoke weed and watch TV.” That was something Rogen came up with, naturally.

If you haven’t already guessed, Rogen and Reynolds are both from British Columbia. What was a little surprising was the fact that the Premier actually retweeted Rogen and thanked him for his advice. Since weed is legal in Canada, the government is happily sharing tips for stoners. Granted, they’re not called “tips for stoners in a pandemic” but the resource Horgan links to in his thank you tweet has some very specific advice: Don’t pass around snacks, drinks, smokes, tokes and vapes.

This advice is on the Dr. Bonnie’s Good Times Guide, which already sounds like a wacky Peter Sellers movie from the 1970’s. Quite plainly, the site advises partygoers in the age of COVID to not put anything from another person in their mouth. Months ago NORML gave similar advice, even going so far as to suggest that people reduce or eliminate smoking weed. Why? Because COVID is a respiratory disease, any irritants can exacerbate the symptoms, and for a few unlucky souls that could be the tipping point to an untimely death.

Even so, the advice to “stay home and watch stuff” is pretty great advice if you can do it. Many Americans have gone back to some semblance of normal, although places where mask usage is more common seem to be faring better. The country has a long way to go before anything really returns to normal, so outside of wearing a mask in public the best idea really is to stay at home. Sadly, this means a lot of businesses that relied on groups of people are suffering, and will continue to suffer. But it also means a lot of videos will be consumed by people stuck at home. Is it even possible to watch every single Netflix comedy special that was ever made? Some lucky stoner may just find out!