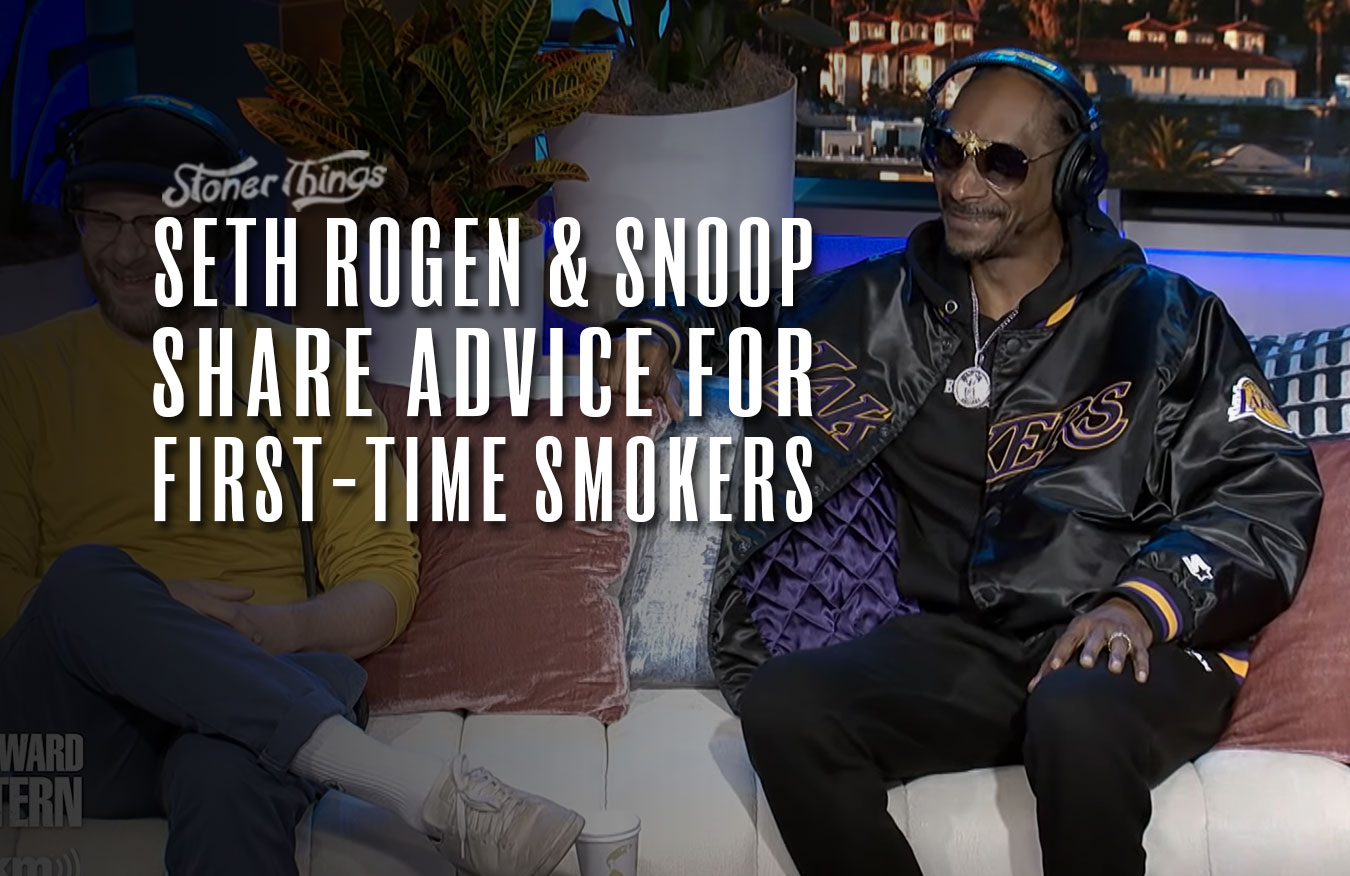 In a roclicking interview with the master himself, Howard Stern, two veteran smokers give the simplest, but perhaps the most powerful advice to new smokers. No doubt you’ve heard of Seth Rogen, and his penchant for marijuana. And there’s little doubt you don’t know that Snoop Dogg is a huge cannabis advocate. Hollywood being what it is, the two have smoked together — and neither is exactly amateur status when it comes to cannabis. Also, Snoop gets hounded (no pun intended) by fans who want to smoke with him. The only problem? Snoop smokes some pretty potent stuff, stuff that lesser mortals may have a hard time consuming and maintaining their composure. Howard Stern, who has been sober for years, even got a show staffer to toke up for the first time.

In fact, Stern has been spending a little time on the West coast with his show, and while there he has had a number of guests mention cannabis, including Jimmy Kimmel and Jennifer Aniston (who knew?). When she found out staffer JD Harmeyer, who grew up in Ohio (where medical pot is now legal), had never smoked, she advised him: Go slow. She also asked if he’d be taking edibles or smoking, but he wound up smoking a peanut butter strain wrapped in palm leaf with a corn husk filter. They toked in the country’s first — but not only — cannabis cafe, at Lowell Farms.

Before that, Rogen and Snoop briefly collided on the show, and shared their own tips. Basically, they had the same advice as Aniston, although perhaps were even more cautious. Snoop explained how people always want to smoke with him, and that when they do, within moments they are laid out. As Snoop said, “they’re dying, I’m out!” Stern said he’d heard just take 3 tokes, but Rogen suggested just one to start with, and Snoop followed with “just a half of one.” Because the strains they’re smoking tend to be pretty potent stuff, and the quantities they can consume are likely more than the average person. In the case of world-league cannabis consumers like Rogen and Snoop, it’s both quality and quantity.

But their advice, as with Aniston’s, is truly good advice for anyone just starting to try cannabis. Especially in states where it’s legal for recreation, it’s important to pay attention to the amount of THC, and the other cannabinoids in a particular strain, not to mention their potency. Starting off with a lower-THC strain, or combined with CBD in some amount, will help ease people into the feeling of being high. There are also different types of highs, from heady ones to body-relaxers. Knowing which strain does what takes time and attention — a long way from just a generation ago, who typically had limited options and purchased lower-potency marijuana with fewer ways to consume it.

While today’s options are greater than ever, so is the potency of today’s cannabis. It’s worth your time if you’re new to the scene to start slowly, find out what you like, and find a good source for what you need regularly. Whether it’s for medical reasons or recreation, easing into cannabis will give you an appreciation for its benefits.