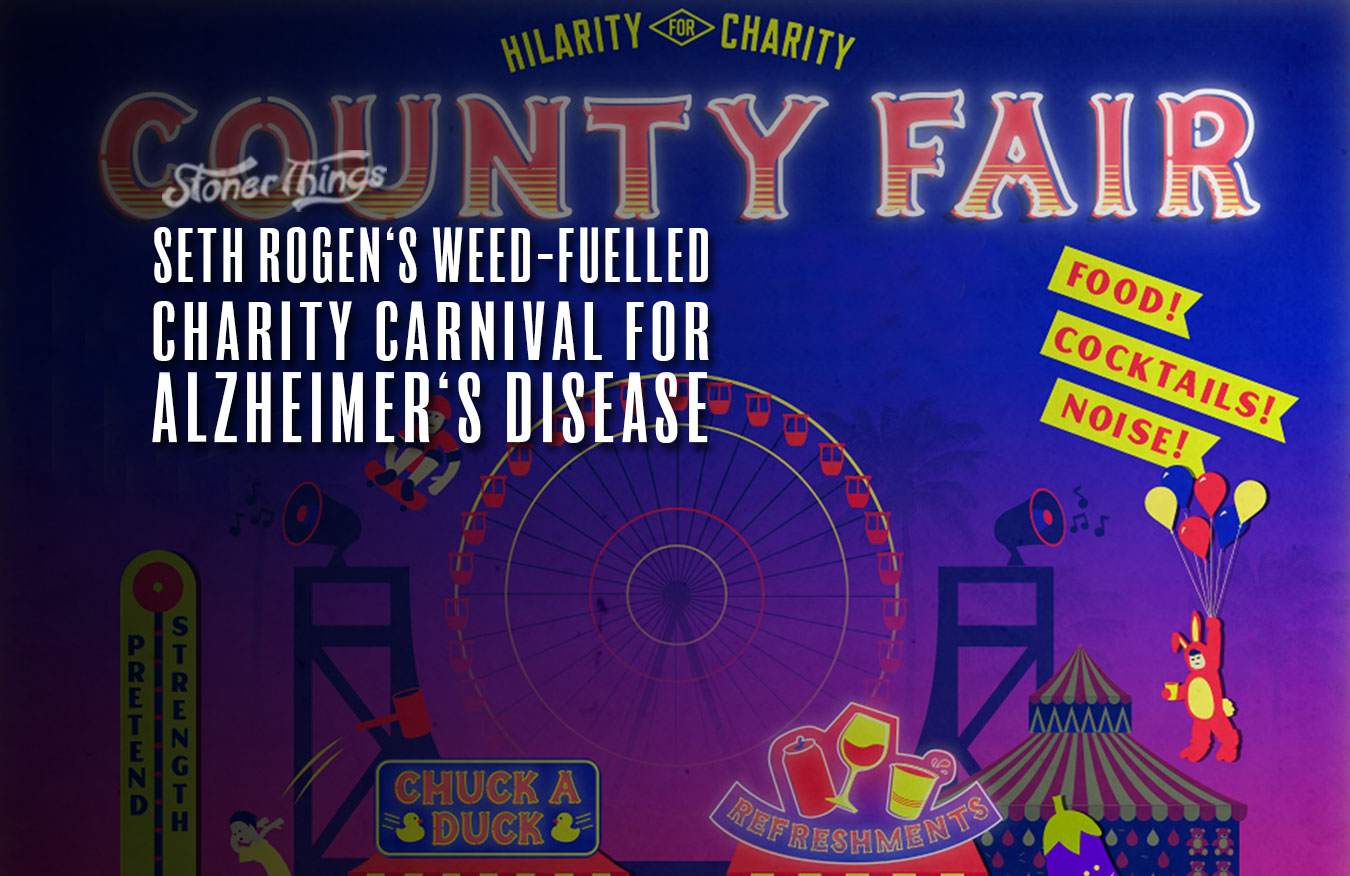 Seth Rogen has used his celebrity status to help bring awareness to cannabis, now he’s using cannabis to help raise money for Alzheimer’s. In fact, Rogen has long been an advocate for Alzheimer’s research, once testifying before Congress on the matter after his mother-in-law developed the disease. Rogen may be known as a cannabis advocate, but he’s also an entrepreneur, launching his own brand earlier in 2019. While there’s been research that shows marijuana can help with Alzheimer’s, Rogen hasn’t made that a central focus of his fundraising efforts.

Instead, the “County Fair”-themed fundraiser, which was held in mid-September, was focused entirely on Alzheimer’s research. Held in downtown LA but themed as a “County Fair,” the event featured comedians manning the booths. Comedians like Nick Kroll, Jeff Ross, Riki Lindhome and Regina Hall were all signed up, as was Josh Gad, Adam Devine, Kate Micucci, and others. Tony Hawk was scheduled to do a half-pipe performance, and there were music acts. Despite all the attention, this is hardly Rogen’s first event with the non-profit, Hilarity for Charity (HFC).

A year ago, Netflix offered up a special for HFC, with Rogen as host. The group itself was founded in 2012 by Seth and his wife, Lauren Miller Rogen. How successful has it been? As of 2017 the group had raised over $7 million to help families struggling with care and fund research, as well as raise awareness for groups doing cutting-edge research. As you may imagine, the group has also been holding live fundraisers for a while. With such a celebrity connection, why not?

The 2017 HFC event was actually its 6th annual variety show, and previous themes were a house party, a prom, Halloween, a concert in the park, even Rogen’s friend James Franco had a pretend Bar Mitzvah once. Tickets to the 2017 event were pricey, however, with a block of 6 costing $5,000. Perhaps the 2019 event was designed to make it more accessible to non-celebrities. Although there was mention of weed being at the event, there weren’t many details about how it would be available. Still, the notion of celebrities, county fair games, and food, booze and weed all being in one place makes for the perfect LA fundraiser, no matter the cause.

Obviously Alzheimer’s is a cause worth attention, as nearly 6 million Americans are estimated to be suffering from its symptoms. Rogen’s own experience with his mother-in-law may have spurred him to act, but with millions raised over the years, the end result is a charity worth supporting. It’ll be interesting to see what next year’s live event takes for its theme — and how Hilarity for Charity continues to evolve.