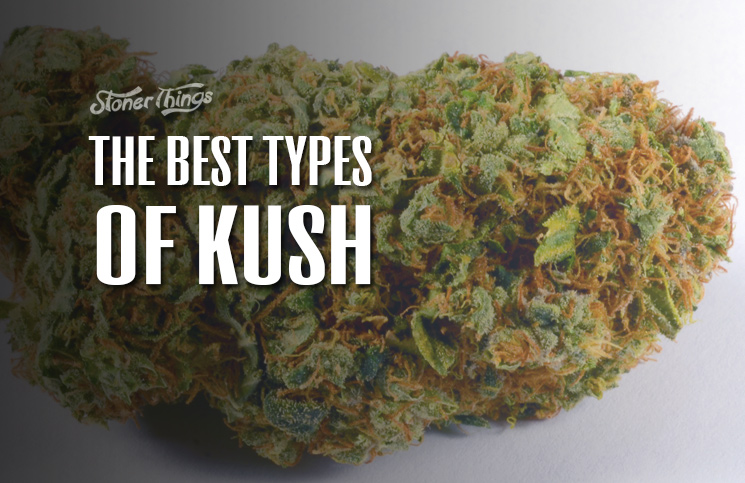 Of all the varieties of marijuana currently available, the Kush family is undoubtedly one of the most revered. Routinely awarded top prizes in notable cannabis competitions, Kushes have been highly regarded since the 1980s heyday of the original Skunks, all the way to the present when Kushage, Vanilla, and Kaia Kush varieties rule the heap. Although the wide range of haze strains are tops when it comes to Sativas, Kushes are the undisputed stars of the Indica hemisphere.

The influence of Kush actually spreads far and wide, and it is a significant genetic component to many strains that do not even have the word ‘Kush’ in the name. Strains such as AK-47, White Widow, and Sensi Star have achieved a fair degree of notoriety over the years, but much of their most notable characteristics are the result of the genetic contributions of the Kush family.

Even today, Kush varieties remain some of the most highly regarded strains in the world. Growers entering into competitions know that a breed with a distinct Kush lineage will win marks with judges, and they are almost always right. Valued for its considerable medicinal properties, Kushes are also popular for their distinctive citrus flavor and skunky aroma. The high of a good Kush is also long-lasting and the body stone is perfectly suited for pain relief, nausea treatment, relaxation, and sleeping.

Here are some of the best Kush strains to have ever hit the market.

Kush is almost universally desired for its flavor and potency, but there are a few varieties that are more highly regarded than others. Banana Kush is a particularly popular variety, with a high THC content ranging from 18% to 20%. A descendant of the highly desirable OG Kush strain, Banana Kush is so named because its taste and aroma are suggestive of bananas. This particular strain can be grown indoors as well as outdoors, and is ideally suited for reducing pain, and treating insomnia, glaucoma, and muscle spasms.

Blackberry Kush is one of the most highly-regarded strains of marijuana in the medical community. Also called Hindu Kush, Blackberry Kush is the result of the marriage of Indica and Sativa, and is characterized by sticky buds with green, black, purple, and yellowish hues. Ideally suited for relaxation and pain relief, Blackberry Kush will require a longer maturity period than other strains, but the high THC content and complex flavor suggestive of blackberries makes the wait worth it for marijuana aficionados.

Blueberry Kush is another strain with a noticeably high THC content. The result of the crossing of the Blueberry strain with Kush, Blueberry Kush has a strong blueberry flavor along with the typical characteristics of Kush, notably the high THC content, the high volume yield, and the potent effects. This strain is characterized by a deep bluish purple hue, especially when it matures in cold weather.

Bubba Kush is another highly sought-after strain, derived from the legendary OG Kush. With a noticeably sweet aroma and a powerful high, Bubba Kush has a complex bouquet with hints of ginger and pine. Often recommended as a treatment for insomnia, cancer, nausea, and anxiety, Bubba Kush is also suitable for pain relief and for helping patients deal with the effects of AIDS.

Hindu Kush is the original strain from which all Kush varieties are derived. Originating from the Kush Mountains located between Afghanistan and Pakistan, Hindu Kush was imported into the United States as a landrace breed. Like all Kush varieties, this particular strain is characterized by large dark leaves with heavy buds and short growing times.

A legend in its own right, OG Kush is the strain to which all notable West Coast strains can trace their lineage. Grown from Afghan seeds brought in from the Hindu Kush, this one is definitely worthy of all its notoriety and acclaim. Even with the development of many other impressive Kush strains, OG Kush has lost none of its renown.

Also known as ‘Headband’ Sour Kush is the remarkable offspring of Diesel and Kush strains. Awarded the 3rd spot in the High Times Cannabis Cup of 2009, this one offers all the best qualities of a good Kush. A great choice for relaxation and sleep, Sour Kush produces a mellow and soothing body high.

Although this Indica dominant strain shares a number of similar characteristics with its brethren, it somehow stands apart from the Kush varieties with its complex aroma and flavor. Hints of citrus, lavender, and sandalwood mix beguilingly with the vanilla flavor canvas producing a blend that is pleasantly full-bodied and sensual.

Also known as ‘Buku’, Burmese Kush is a proud addition to the Kush family. A resin laden strain hugely popular in the Amsterdam coffee shops, this one gives off a rich pine scent that merges well with its intense body high. Definitely one of the most interesting Kush varieties on the market.

Last but not least, Kosher Kush is a Kush variety with a complex flavor characterized by hints of mint, musk, molasses, and eucalyptus. Depending on the season and the grow method, Kosher Kush may also exhibit hints of lemon and pine flavor. One of the most sought-after varieties of Kush, Kosher Kush has the distinction of winning the Cannabis Cup award of High Times due to its high yield and high THC content.