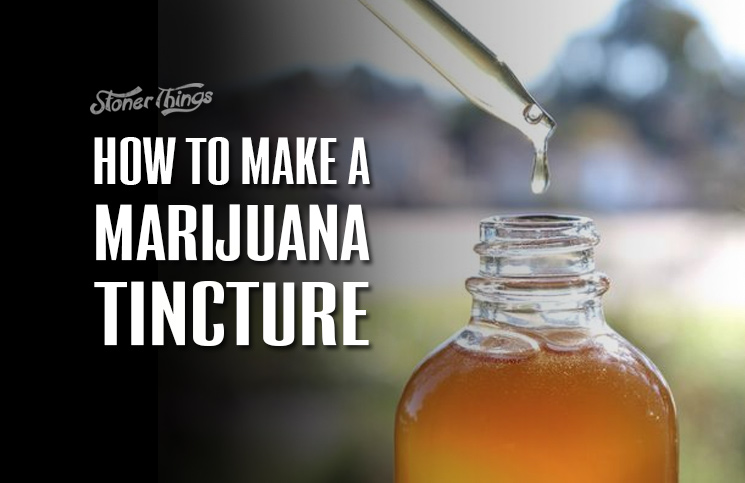 But there are other ways to apply the world’s second-favorite intoxicant. Topicals, for example. And if you really want to try something new, tinctures. 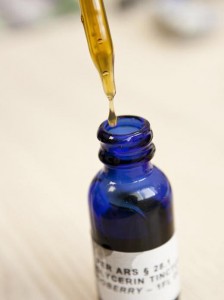 What the hell, you say, is a “tincture?” After all, it sounds more like a tuberculosis treatment from the late 19th century than a newfangled way to ingest marijuana. But it’s not as ancient as it may seem.

A cannabis tincture is simply a liquid form of the drug that is delivered in drops underneath the tongue. Like other forms of pot, it can and will get you high, as long as you use bud with THC in it.

Most stoners have never heard of tinctures and couldn’t tell you what they are to save their lives. But these medicated brews have at least one huge advantage: They yield much more consistent doses than smoked or vaped or eaten marijuana.

That can be critical to medical cannabis patients. Doctors have traditionally found it impossible to give patients accurate dosing instructions, since smoking the drug delivers the needed cannabinoids in highly inconsistent concentrations.

What goes into a marijuana tincture? 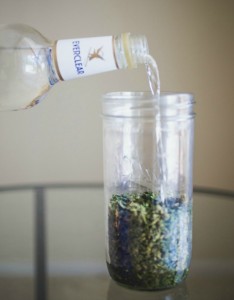 Tinctures are made using just two chemicals: alcohol and cannabis. The idea is to leach the THC and other chemicals out of the pot and into the booze. This is then delivered in small droplets under the tongue. The effects can be felt in minutes.

Where can you buy a marijuana tincture?

These products can be found at many legal retail cannabis shops in states where the drug is legal for medical use. They’re easier to buy in states such as Colorado and Washington, where marijuana is also legal for recreation.

How to make a weed tincture

Otherwise, you’ll have to make your tincture yourself. Thankfully, it isn’t very hard. Here’s how:

First, buy pure grain alcohol, which goes by the brand name Everclear. Some states ban this kind of booze, which is dangerous to drink and highly flammable, so you might have to make do with Bacardi 151 (75 percent alcohol by volume). It won’t work anywhere near as well, but it may be your only option.

Next, grind your marijuana and let it sit for a while. It shouldn’t be too fresh when you use it.

You have a wide range of options when it comes to how much marijuana you should use, but aim for anything from 1 gram per 35 mL of alcohol to 6 grams per 35 mL. Something in the middle is probably best for a first go. Decide how much tincture you want as an end result (starting with 35 mL), and then set aside that amount of Everclear.

Next, put the alcohol and cannabis together in a glass mason jar and close the lid. Some sources say you should vigorously shake the concoction for 30 seconds or so, but that probably isn’t helpful.

Now leave the brew to sit in a dark, cool place for at least a day and as long as 10. Again, there’s a fair amount of disagreement about this, but somewhere in the middle should work best. Shake the jar gently once a day.

Finally, remove the jar, strain the liquid into another jar using at least one coffee filter, and put it into a dark brown medicine vial with an eye dropper. The vial prevents sunlight from degrading the tincture, so your end product will work for as long as you need it.

Tell us: Would you ever use a marijuana tincture? What for? Comment below.