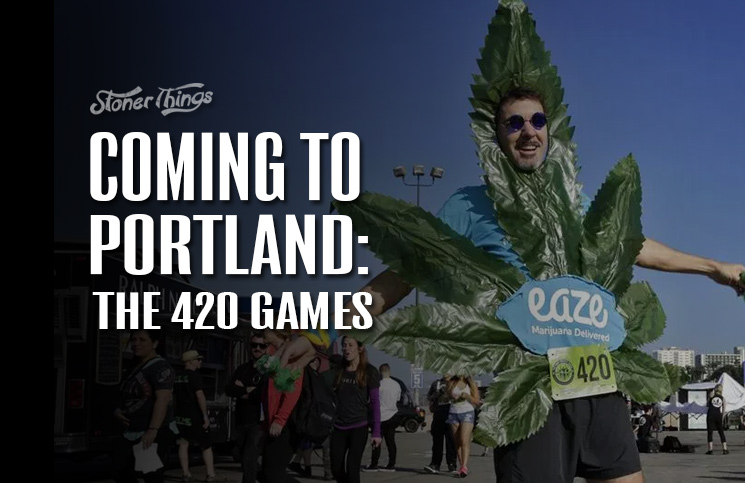 The idea, organizers of the annual 420 Games say, is to “de-stigmatize” marijuana and the stoners who love to smoke it. 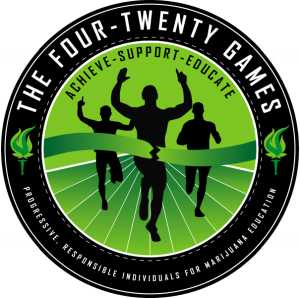 To that end, the 420 Games, which open in Portland later this month, feature “a series of unique athletic events,” along with a beer-tasting garden, speakers, and a live band. It’s a popular and rapidly growing national event, and it has already touched down in California, Colorado, and Washington this year.

This will be the first time the 420 Games are held in Oregon, which legalized cannabis in 2014. Colorado and Washington legalized recreational pot in 2012, and California, which has had a loosely regulated medical marijuana industry since 1996, is expected to follow suit in November.

The games themselves include a 4.2-mile running course used for multiple contests. A Fun Run starts at Sellwood Riverfront Park on the Willamette River, travels north 2.1 miles, and then turns around and returns to the park.

Two hours of beer tasting will follow, with the beer provided from the Lagunites Brewing Company of California. Educational speeches and live music will also be included, starting at 10:30 a.m. and ending at 12:30 p.m. The event will officially wrap up by 1 p.m. Organizers hadn’t disclosed the names of potential performers as of Oct. 9.

“The 420 Games were established to show that cannabis users are NOT lazy, unmotivated or ‘stoners’ and to de-stigmatize the millions who use cannabis in a healthy and responsible lifestyle,” organizers say on their website.

“We are very proud to announce the 1st annual Portland 420 Games,” the site says. “This will be our first event in Portland, OR, and will feature Lagunitas beer tasting, great music and educational speeches. Come run with us and continue to help change the perception of cannabis and the people who use it!!!”

The games will also include a few “great new surprises,” planners promised.

Watch the trailer for a teaser of action to come.

The 420 Games started in California in 2015, and the fact that it has already spread to three other states is a great sign. While marijuana users aren’t exactly known for athletic prowess, many successful athletes use the drug (remember Michael Phelps and his bong?).

In fact, there is little to no evidence that occasional cannabis use has any negative effect on athletic ability or physical health. Heavy toking may make it somewhat harder to engage in high-level exercise but hardly prevents healthy activity.

Some athletes have even been known to use pot covertly to enhance performance. The idea is that cannabinoids in the marijuana plant help the body absorb oxygen molecules more effectively, giving tokers increased energy and stamina. There is little science to back this claim – at least not yet – but if nothing else, it proves cannabis smokers are as good at sports as anyone else.

Leave a comment and tell us what you think: Do you smoke marijuana (yes, you do)? Do you exercise or participate in team sports? Do you think pot makes you perform better? Worse? Or does it make no difference? 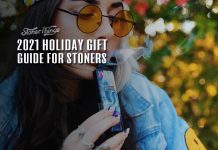