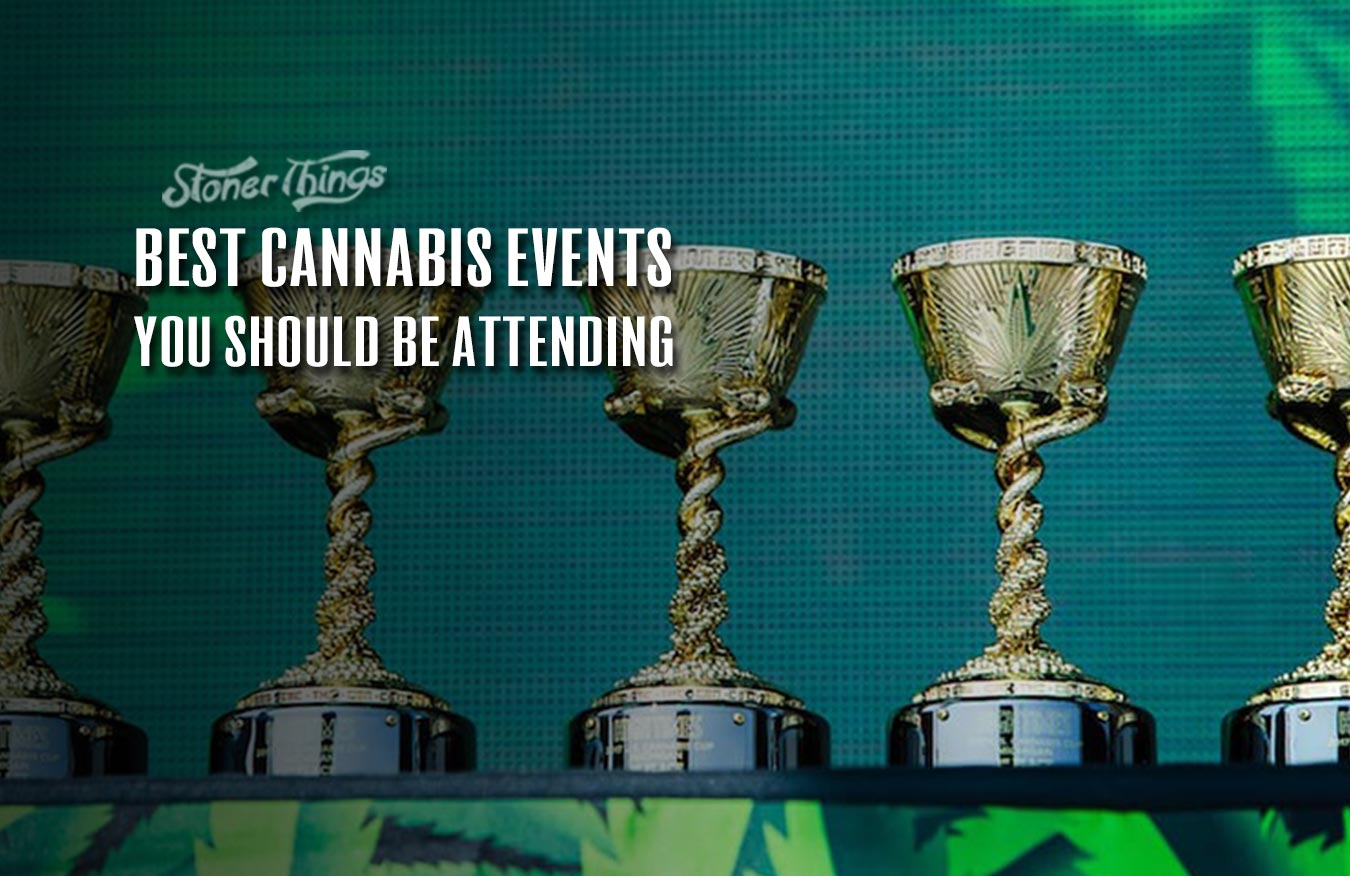 If travel is on your agenda this year, there are lots of 420-friendly events you’re going to want to see. They range from massive music festivals, competitions, award ceremonies and so much more— but most importantly, they’re all 420-friendly. That means you can smoke out, mix and mingle, and see some of the world’s best cannabis all in one place. Below we’re covering the top four must-see cannabis events that you’re definitely going to want to make your way over to, in every part of the country.

The High Times Cannabis Cup is one of the longest running 420-friendly events that bounces around different areas of California, including San Bernardino, Santa Rosa, and San Francisco. There’s a reason it lands at number one on the list — it has so much to offer. The Cannabis Cup was founded back in 1988 and is by far the OG when it comes to weed events, and it can be found in Amsterdam, the Netherlands, and tons of events all over the US. The Cali Cannabis Cups are by far the most spectacular, namely because they’re so pot friendly. You can carry in up to an ounce in the venue, and you’re allowed to smoke it freely. The event is mostly a competition between cultivators and extraction specialists all duking it out for a cannabis cup award. However, there are also a ton of vendors, advocates, and plenty of smoking going on for people visiting. People also come for the incredible musical performances by major names like Ice Cube and Snoop Dogg. Tickets are available for anyone aged 21 or older.

Hash Bash takes place in Michigen every year on the University of Michigan campus on the first Saturday of every April. The event starts at noon on the central square, giving it a huge prohibition era rally vibe. At first, that’s exactly what the event was when it started back in 1971. However, since Michigan legalized weed in 2018, it’s become a huge 420-friendly event featuring lots of smoking, vendors, musical performances, and advocate speakers. Hash Bash also has a cannabis competition, similar to the Cannabis Cup. While entering the Hash Bash is free, you’re going to need a ticket to Hash Bash Cup if you want to watch some of the best cannabis cultivators and extract specialists compete for the best in show titles and check out the award ceremony that follows.

Denver is the unofficial-yet-official home for recreational weed because of the insanely 420-friendly culture you can find in Colorado. Every year on 420 Denver hosts the Mile High 4/20 Festival, which is an enormous get together that feels energetic and alive the second the clock strikes 4:20 at Civic Center Park. Interestingly, the event started as a protest to end prohibition. Hundreds of people would get together for an illegal smokeout to push for cannabis legalization. But now that we’re past all that, the event still goes on with a huge music festival vibe. The event showcases headliners like Lil Wayne and Lil’ Jon among countless others. There’s still plenty of smoking going on, as well as lots of speakers and advocates and tons of vendors. The vibe is extremely mellow and comfortable, so if you’re in Colorado, you won’t want to miss it. Best of all, the event is completely free and open to everyone — just don’t bring your kids. There’s an awful lot of smoking going on.

Boston Freedom Rally comes in last on the list because it isn’t technically 420-friendly. However, attendees seem to smoke up anyway given the culture and the nature of people in Boston. But regardless, the Boston Freedom Rally has taken over the city for one day every September since 1989. Why? To advocate for the legal right to smoke weed! It takes on a similar vibe to the origins of Denver’s 420 festival protests and it’s just very gravitational to be a part of it. At the rally, you’ll find plenty of musical performances by local artists as well as plenty of vendors and advocates. The event is hosted by the Massachusetts Cannabis Reform Coalition (MassCann) branch of the National Organization for the Reform of Marijuana Laws (NORML) and is completely free to the public.

While there are a lot of cannabis events out there, not all of them are created equal. The ones we listed above are for the culture and 420-friendly, making them the more enjoyable social experience and overall more fun event to attend— y’know, without the tickets to the big business expos and hemp stuff without the fun parts.