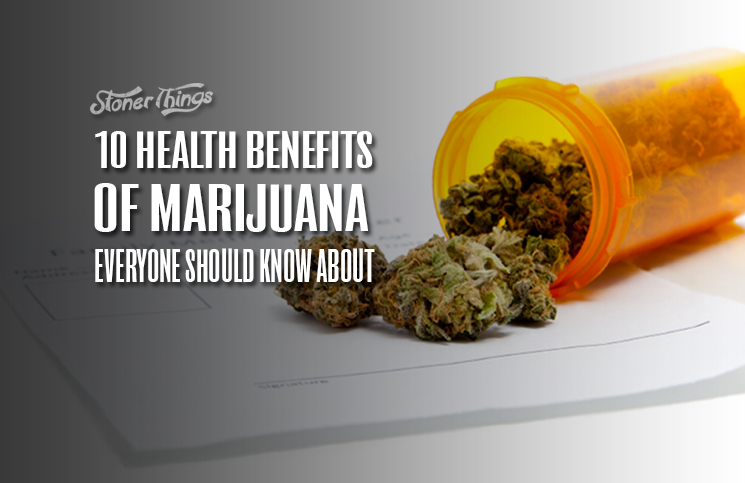 Still have doubts about the health benefits of marijuana? This list should lay them to rest!

Marijuana has been used by many civilizations for its medicinal benefits for thousands of years. Western medical science has been comparatively slow to catch on, but seems to have been making up for lost time. Nowadays, doctors in the legal states are just as likely to prescribe marijuana-based concoctions as they would chemical medications commonly prescribed only a few years ago.

Here are some of the recognized health benefits of marijuana.

One of the earliest recorded medicinal uses of marijuana is for the treatment of migraines. Marijuana contains over a hundred different compounds called cannabinoids, and many of these are known to have anti-inflammatory properties. It also has recognized pain relief and anti-nausea qualities, which make it ideally suited for migraine relief.

2. Prevents the spread of cancer

There are indications that marijuana can prevent the spread of cancer and shrink tumors. This theory is supported by a California Pacific Medical Center study published in the Molecular Cancer Therapeutics journal in 2007. In the study, it was revealed that cannabidiol inhibits the growth of a gene called Id-1, effectively halting cancer in its tracks.

3. Eases the symptoms of chronic diseases

Marijuana has been shown to be effective at easing the symptoms of certain chronic conditions. It has also been proven to help patients manage the side effects of cancer and HIV medications.

4. Slows the progress of Alzheimer’s disease

One of the most promising health benefits of marijuana is its potential to slow the progress of Alzheimer’s disease. In a Scripps Research Institute study conducted by Kim Janda, which was published in the Molecular Pharmaceutics journal in 2006, it was revealed that the THC in marijuana slows down amyloid plaque development, which has been identified as one of the primary causes of Alzheimer’s disease.

One of the earliest recognized health benefits of marijuana is its ability to ease and even reverse the effects of glaucoma. The condition results in the buildup of eyeball pressure, causing damage to the optic nerve and eventually causing blindness.

A recently recognized health benefit of marijuana is its ability to control and prevent certain types of seizures. A study published in 2003 showed that marijuana can be beneficial for preventing epileptic seizures. More recently, research studies have been published attesting to the effectiveness of marijuana in the treatment of Dravet’s Syndrome, a condition characterized by seizures and delayed development in children.

7. Helps in the management of ADD/ADHD

Cannabis helps in the treatment of ADD and ADHD by stimulating the production of dopamine. This effect is similar to that produced by Ritalin and Dexedrine, drugs commonly prescribed for the treatment of this condition.

Marijuana can ease the pain associated with multiple sclerosis. In a study published in the journal of the Canadian Medical Association, it was revealed that marijuana eased the painful muscle contractions associated with the condition in all 30 test subjects.

Marijuana can reduce the severity of cramps associated with PMS. This health benefit of marijuana has actually been practiced for centuries, and even England’s Queen Victoria reportedly used it for that very reason.

When taken in small doses, marijuana is known to reduce anxiety. This can have a number of important benefits for patients suffering from chronic or terminal conditions.

As you can see, there is no shortage of reasons why marijuana should be legalized for medical use. More and more states are now recognizing these health benefits, and momentum is growing. 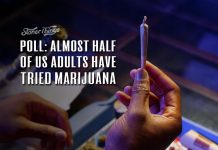 Gallup Poll: Almost Half of US Adults Have Tried Marijuana