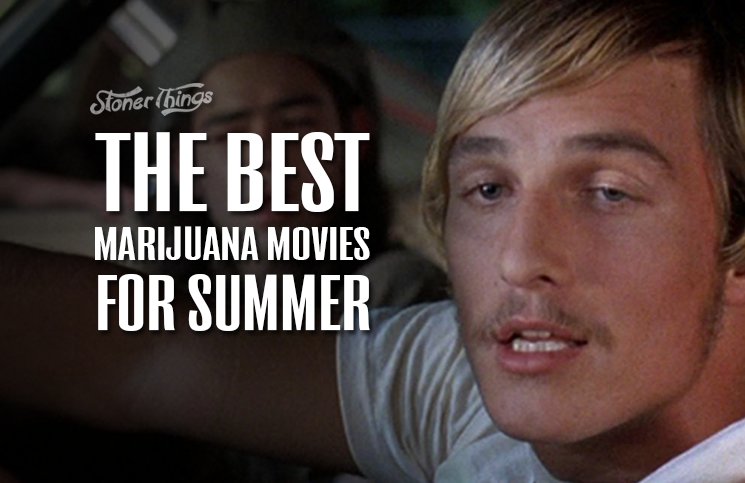 It’s summer; who wants to spend the day indoors? Well, you do, if you’re a lazy, no-account stoner (you are). Parks and beaches are great, but they don’t include plush sofas, and they don’t come with glass indoor bongs.

In other words, sometimes, even in summer, you just want to curl up with a good movie and smoke a few Js. So here is our list, incomplete though it is, of the best marijuana films for the hottest months of the year. 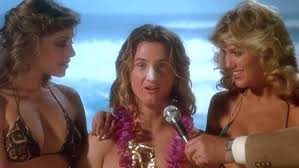 The original surfer/stoner flick, Fast Times at Ridgemont High is a deeply honest look into the lives of teenagers in the early 1980s. Sean Penn, of course, is famous for his turn as Jeff Spicoli, master California pothead.

But this movie has a lot more to offer than that. It’s an immortal portrayal of high school, and though it doesn’t strictly take place in summer – the action tracks the end of the school year – its Southern California stoner vibe fits the season perfectly. 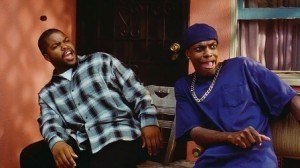 Granted, Friday is no one’s idea of an artistic classic. Among other nonsense, it rests on the ridiculous idea that Ice Cube has never smoked up. Right – and Snoop is a Buddhist monk.

Still, this flick is a great take on the local adventures that occur in every neighborhood in every city. Friday may be a momentous day for Craig and Smokey, but it all ties back to the same old grind: Hanging out on the porch and smoking weed. 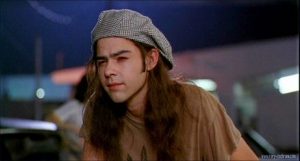 Every generation has a marijuana-saturated coming-of-age story. Stoners who grew up in the 70s were lucky enough to land Dazed and Confused, a truly baked study of the social liberation that comes with graduation.

Not surprisingly, it being the 70s, almost everyone in this movie is carrying, except Mitch, of course. Really, there’s no better way to celebrate the best of summer break than to roll a fat boy and toke with the gang from Robert E. Lee. 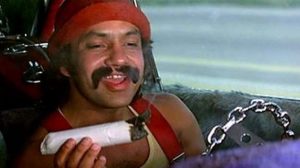 There’s really no telling when Up in Smoke is set, winter, spring, fall, or summer, but the Los Angeles sun makes it a fitting choice for any warm weather.

Cheech & Chong travel the mean streets of L.A. in search of drugs, sex, and rock ‘n roll. They successfully evade the law and other scrapes, all while stoned out of their gourds.

Up in Smoke is easily the best movie Cheech & Chong made. It’s a hilarious celebration of weed and bad behavior, perfect for laying back, packing a bowl, and enjoying the antics of America’s favorite summertime potheads.

Mark Harmon got his start in this classic 1980s comedy as a high school gym teacher stuck with a remedial class of borderline dropouts he doesn’t particularly want to teach. Summer School has almost everything for the hottest weeks of the year: beaches, bikinis, and surf bums.

There is no grass to be found onscreen, and weed has nothing to do with the plot. But it’s Hawaii, it’s summer, and a bunch of teenagers are stuck in class. We’re pretty sure they were all stoned. You’d have to be.

Trying to rank John Hughes movies is a hopeless task, but only two truly capture the visceral thrill of being a teenager at the end of the school year: Ferris Bueller’s Day Off and The Breakfast Club. That’s a hard choice, but we’re going with the latter – this year, anyway.

Trapped in detention as the clock ticks toward summer, five students at Shermer High School smoke pot, cry, and share their feelings. A typical high school Saturday, in other words. Also, a perfect way to relive a time in your life when summer was actually a “vacation.”

Orange County, one of the most underrated comedies of the early 2000s, gave us Jack Black at his stony, zonked-out best. It’s never quite clear what he’s been taking, but it’s clear he’s been taking some good shit.

Orange County itself is rapidly changing these days. Long a conservative bastion surrounded by Southern California liberals, it is fast moving to the left. Even legal medical marijuana is on the rise again. But we will always have Lance Brumder to remind us of the bad old days in the land of Richard Nixon and McMansions.