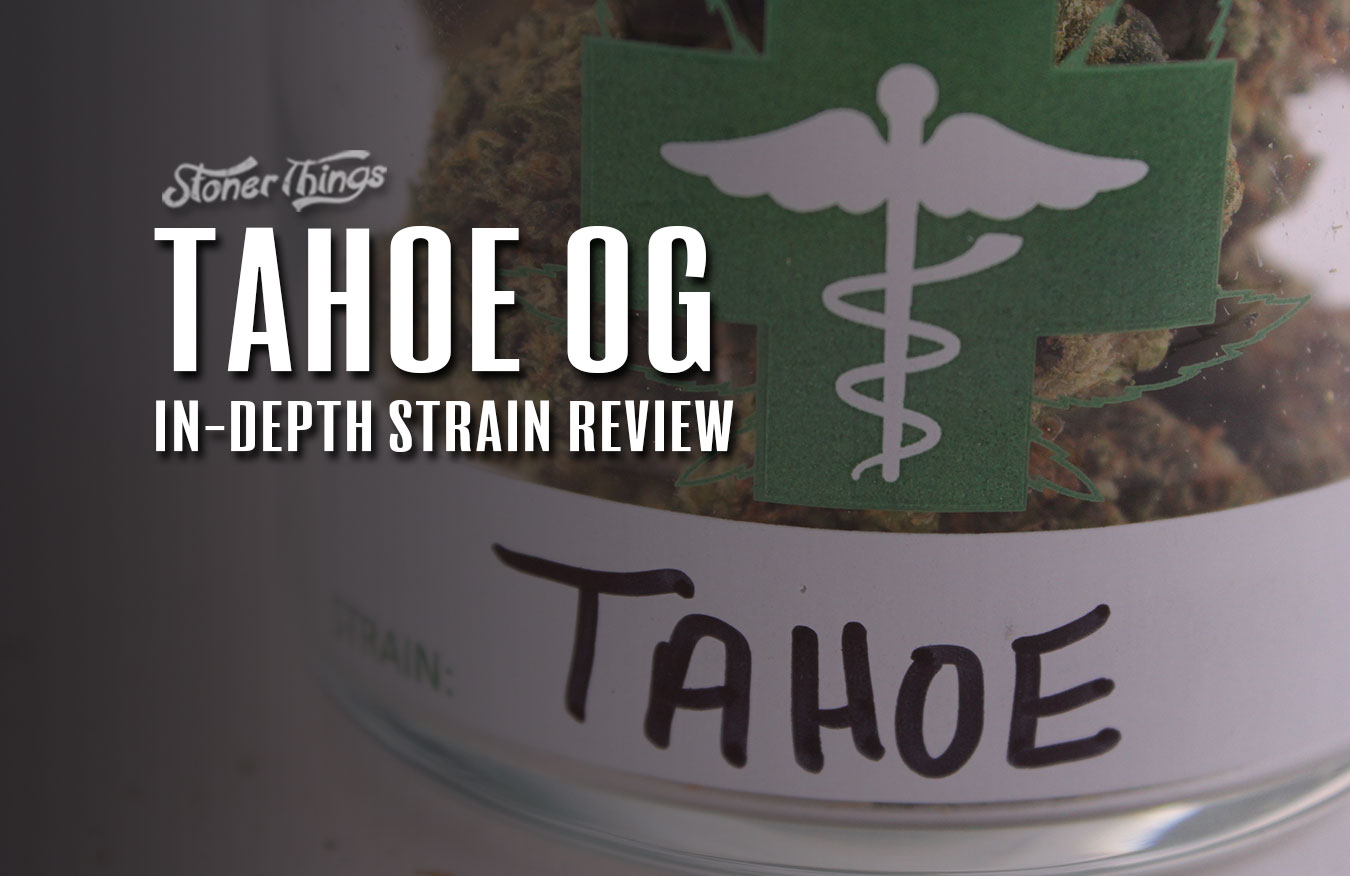 Tahoe OG, also known as Tahoe or Tahoe OG Kush, is a 90/10 indica-dominant hybrid cannabis strain best known for its ultra-soothing sleep-inducing properties and unwaveringly high potency testing at around 20-25% THC. It was first bred by a cultivator in California who crossed San Fernando Valley OG with OG Kush, producing an ultra-high yielder with a good balance of cerebral energy and physical relaxation. In this Tahoe OG review, we outline everything you need to know about the Tahoe OG strain.

Tahoe OG is a cross between SFV OG and OG Kush first propagated by Master Thai. The original strain was a cross between several landrace strains making up OG Kush that was born sometime in the mid-1980’s. It was created in the Lake Tahoe region of California, hence the name. The cross between these landrace strains (and phenotypes of OG Kush) didn’t become true Tahoe OG, the Tahoe OG you find in the dispensaries, until it was crossed with SFV OG in the late 90s. In fact, Tahoe OG is a phenotype of OG Kush that was selected based on potency, trichome density, and yield. Once this OG Kush phenotype was crossed with SFV OG, the strain became Tahoe OG. In 2011, it took home 3rd place for best indica at the Cannabis Cup.

The Tahoe strain is a beauty through and through. The plant itself grows short and bushy with broad water leaves that range in color from dark green to purple to deep, dark blue, depending on environmental factors. When dried, the flowers themselves are a light sagey shade of green, though they contrast with darker shades of green and dark orange to amber colored pistils. The Tahoe OG strain also boasts a thick blanket of THC-rich trichomes that give the flowers a frosted appearance.

Tahoe OG has a lot of Kush genetics. With that being said, the flowers tend to offer a pretty pungent herbaceous scent on the nose. It’s primary terpenes are Limonene, b-Caryophyllene and Myrcene which account for a very earthy aroma with a distinct spice in the smoke. Together, these terpenes promote a very relaxing aroma of wood, wet earth, and a peppery spice that is both soothing and energizing. Well-adjusted noses may also be able to detect hints of lemon and citrus in the scent of Tahoe OG.

On the other hand is the Tahoe OG flavor profile. While it has a very earthy and herbaceous terpene profile, it’s flavors are similar but slightly different. An inhale will bring those peppery wood terps to the forefront of the flavor profile. Before the smoke is released, it leaves a very earthy flavor in the mouth. The smoke itself is pretty thick and spicy, likely from the b-Caryophyllene terpenes which are commonly found in black peppercorns, so there’s a good chance the strain will make you cough quite a bit. However, Tahoe OG mellows out a lot on the exhale, leaving behind a pleasantly earthy and herbal flavor with a sharp lemony aftertaste.

Tahoe OG weed has survived all of these years due to its extensive range of effects that help boost your mood, relax your physical body, and treat a variety of ailments. While Tahoe OG is considered an indica-dominant hybrid, it also offers a few sativa-dominant qualities that take the strain from potent sleep medicine to a good-at-any-time-of-day type of strain. Tahoe OG strain effects are more in the body and may help soothe symptoms of chronic pain and a lack of appetite. However, it also offers a steady dose of bright cerebral energy that can melt away stress and depression with a blast of blissful euphoria, happy feelings, and an all around state of calm. The effects it causes are largely relaxation and sleepiness, so this strain is best enjoyed at night or in the evenings after a stressful day at work. However, like most cannabis strains, it does have a few side effects. Tahoe OG can give you dry eyes and cottonmouth, though some users also experience hungriness and tiredness.

The good mix of effects that Tahoe OG offers also makes it an excellent medicine for a variety of ailments that are treated with THC. On average, the strain contains 20-25% THC, making it a good middle-ground strain for people who need THC but may also experience negative reactions with it. On the other hand, Tahoe OG’s terpene profile contains b-Caryophyllene and Myrcene which contribute to the effectiveness of cannabinoids like THC. In fact, b-Caryophyllene itself acts a lot like a cannabinoid, offering potent pain relief and reduced inflammation. When you smoke Tahoe OG, you can expect to feel a deep relaxation take hold of your body that leads to a powerful sleepy sensation. The body high is very heavy, making it a good choice for treating chronic pain, migraines, PMS and nausea. Once the relaxation takes hold. Tahoe OG is often used to treat insomnia and other sleep disorders as it tends to relax the user into a deep sleep. While the physical effect is strong, the mental effect is still quite pleasant. That bright cerebral energy can help soothe symptoms of stress, anxiety and depression. It tends to make people pretty hungry, too, making it a good choice for people suffering from a lack of appetite as a side effect of prescription medications, or the side effects of chemotherapy.

Tahoe OG is rated as moderately difficult to grow as the strain yields a lot of dense flowers, making it more susceptible to mold, pests and powdery mildew. When Tahoe OG grows, it tends to grow similar to both a sativa and an indica as it grows both tall and bushy. Early on, she will need lots of training to ensure her growth stays manageable throughout her life cycle. You’ll also want to trim her right before flipping her into flower to ensure she focuses more on cola and flower growth than growing more foliage. On average, with training, she will reach anywhere between 30-78” in height, leaning more towards the taller side. She will also yield a lot of cannabis, between 3-6 ounces per square foot. Tahoe OG is usually ready to harvest in 7-9 weeks. 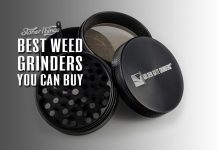