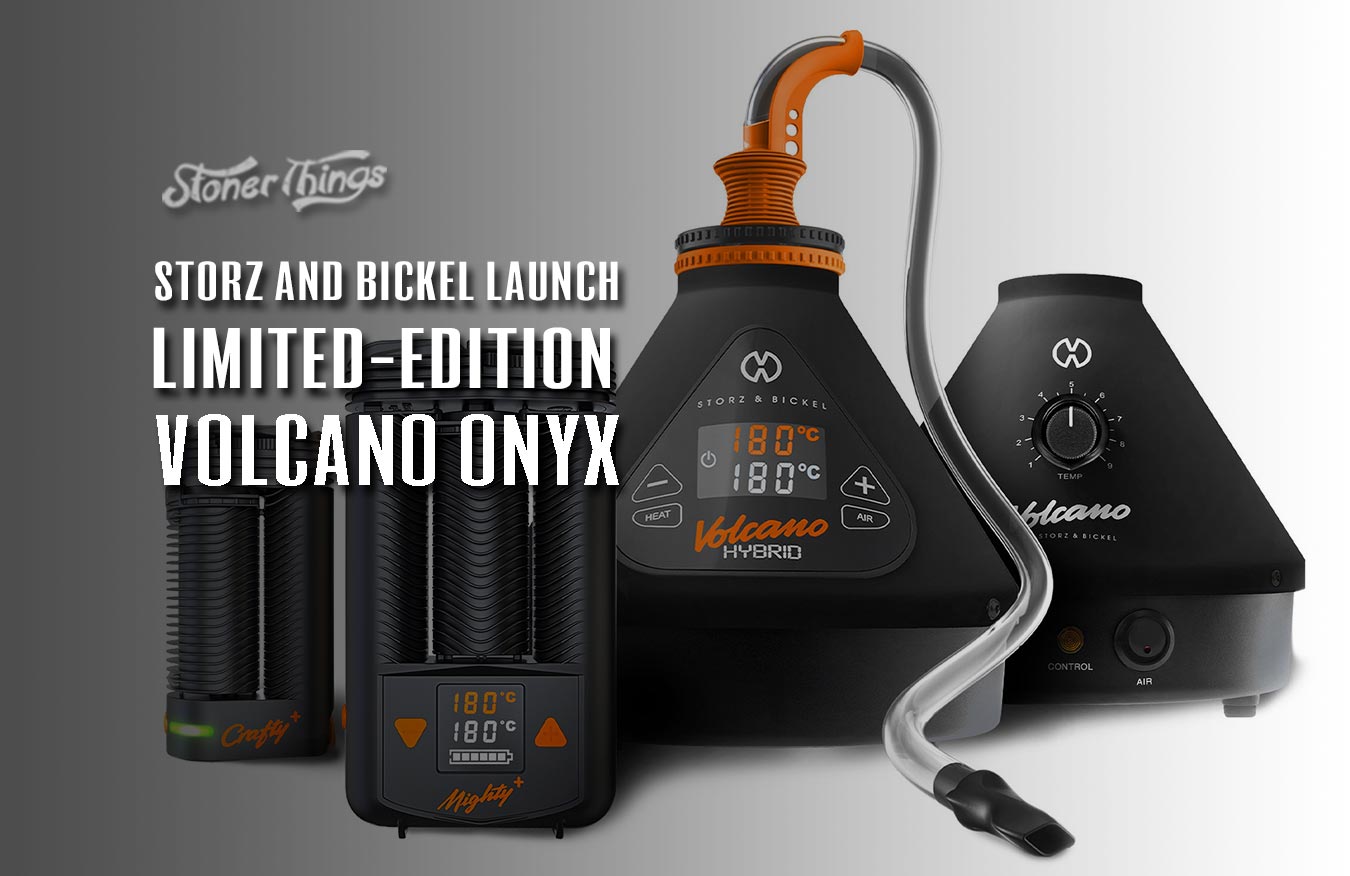 If you’ve been smoking cannabis since the early 2000’s, you’ve definitely heard of Storz and Bickel. The company was the first to create and patent the first VOLCANO vaporizer, which has since become the “gold standard” of tabletop vaporizers and is still one of the most influential brands in today’s diverse world. Earlier this month, they announced the release of three new vaporizers.

Storz and Bickel just celebrated their 20 year anniversary and announced a line of new products in their keynote presentation earlier this month. Along with the announcement, they released a 30-minute documentary on their origins and the timeline of their company and the leaps and bounds they’ve made with cutting-edge technologies in the personal herbal vaporizer game.

The first product they announced is the limited edition VOLCANO Onyx, which is just like the golden 20-year edition with a charcoal colored shell finished with a damage-resistant powder coating for maximum longevity. It’s available on the hybrid and classic models for the same price as the original models — $699 for the Volcano Hybrid ONYX Edition, and $479 for the Volcano Classic ONYX Edition — just in time for the holidays for a limited time only. Over the years, the VOLCANO has developed a massive cult following among connoisseurs and is seen as a status symbol among users, so the limited editions won’t last long.

However, Storz and Bickel also just dropped a new portable vaporizer, known as the Mighty+. Set to go on sale on September 23rd, the Mighty+ will feature a USB-C socket, delivering 80% charge in as little as 40 minutes with its super-charge functionality. It also comes with a pre-set superbooster temperature that heats in as little as 60 seconds. The Mighty+ offers a robust hands-free stand and a ceramic filling chamber designed for longevity and durability. The Mighty+ is a significant upgrade to the Crafty, with a sturdier, larger design and precise temperature controls via a digital display

Last but not least, Storz and Bickel have made some tweaks to their Crafty, launching the Crafty+ on September 16th. The Crafty+  also features a USB-C socket which reduces charging time by 25 minutes. Like the Mighty+, it comes with a ceramic filling chamber to help prevent scratches and damage. The Crafty+ is also portable and a bit smaller than the Mighty+, though it offers exceptional airflow, 3 pre-set temperature settings, and it allows you to personalize your settings through an app on your smartphone.

“We’re raising the bar for the industry once more with an innovative approach to an iconic line-up, featuring the entirely new VOLCANO model alongside upgrades to the most sought-after handheld vaporizers to deliver what connoisseurs and collectors value most: an unmatched vaporization experience”, said Jürgen Bickel, Founder and Managing Director of Storz and Bickel in a press release.

The limited edition VOLCANO Onyx and the new vaporizers are on sale now. Get yours directly from the source, while supplies last.