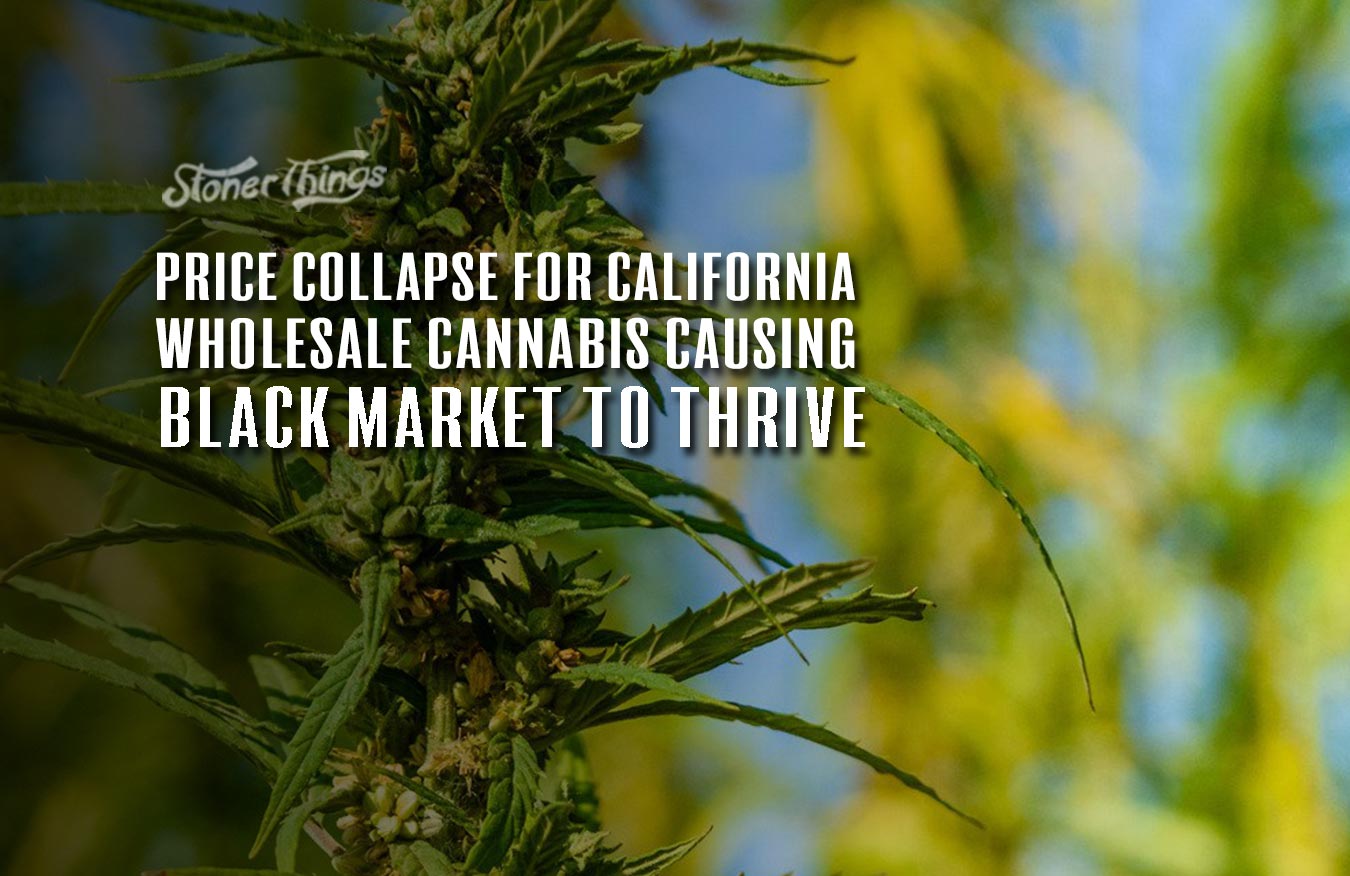 If you’ve used cannabis since the dawn of the recreational era, you’ve probably noticed that cannabis prices have been on the decline for the last decade or so. This year, it seems like cannabis prices are about to hit an all-time low after the fall harvest, which will ultimately bring back the black market. Here’s everything you need to know.

What’s going on in the Emerald Triangle?

California is home to some of the most prized and expensive cannabis in the country. The Emerald Triangle includes several northern California counties that exist in the perfect environment for cultivating outdoor marijuana. In the past, a pound of cannabis from this area would have fetched $1200-$1400. However, after the fall harvest this year, the same buds are being sold for as little as $500.

But what’s causing the price crash? For starters, California’s cannabis market is heavily saturated. In the fall, a large supply of cannabis is introduced into circulation thanks to the fall croptober harvests. This year though, new techniques and the large corporate cannabis growers have flooded the market with more cannabis than consumers can even keep up with.

California has about 3x more cannabis supply than it can consume. Further, since cannabis is still illegal on a federal level, there’s nowhere for the weed to go. It can’t be shipped over state lines, and so it’s been sitting in storage waiting to be sold, and prices are plummeting to compensate and make room for this fall’s harvest.

There are a few other issues at play here, too. For one thing, taxation on cannabis is excruciatingly high and might make it so that many smaller cannabis farms don’t make it after this year. Associated costs with cannabis farming and testing are high, and so is licensing costs for working land with cannabis on it. Further, California is also dealing with raging wildfires and record-breaking droughts.

With all these factors at play, many are turning to the black market to offload product and make a quick buck on untaxed cannabis.

Cannabis is still illegal on a federal level, making exporting cannabis across state lines illegal throughout the United States. This is the primary reason the black market industry is getting ready to explode like we’ve never seen before. Though now instead of cannabis imported from Mexico, the black market cannabis is coming from legal recreational states like California. In fact, more California weed is currently being found in Mexico and in other states than ever before.

There’s a sharp demand for California weed all over the United States, especially in states where cannabis is still illegal. Further, the black market also provides a safety net for farmers who can’t afford to sell their buds for less than what they should be worth.

Only 10% of Americans believe that cannabis should remain illegal. The public’s opinion of cannabis has drastically shifted over the last several years with legalization spreading throughout the country, which could be a reason that the demand for cannabis — legal or not — has exploded.

On the black market, a pound of cannabis still fetches a high price. Not only is it becoming increasingly difficult for last year’s leftover cannabis to be sold with all the fresh bud hitting the market, it simply isn’t cost effective. Many farmers who are bogged down with licensing fees, high taxes, land agreements, mortgages, and other financial obligations are finding it easier to sell their products for what they’re worth illegally in other states to help them keep their heads above water in California until the market regulates itself.

Regardless of the low demand in California, the rest of the country and even Mexico have a demand for it. California weed is a status symbol in other places, and black market prices reflect that. Federal legalization isn’t a question of if anymore but instead a question of when. With federal legalization and the ability to export cannabis to other states legally, the black market should again recede.

Why is this happening?

To make a long story short, California screwed up in the legal industry’s infancy. While making laws, they didn’t consider the demand when they were handing out cultivation licenses. They also left it up to the counties to decide how much weed could be grown, with some counties not allowing cannabis cultivation at all, and others to tend to over 40,000 acres of cannabis. This led to a highly saturated market where more cannabis is being grown than is able to be used.

The laws and taxes are also partially at fault, too. Between legal things, like licensing and taxes, starting a cannabis business has become a rich man’s game. Costing anywhere from $150,000 to $2 million, lots of farmers are in debt and turning to the black market to help keep the lights on while the industry regulates itself. Many small businesses won’t survive this season.

However, as long as the black market is thriving, California cannabis isn’t going to waste.