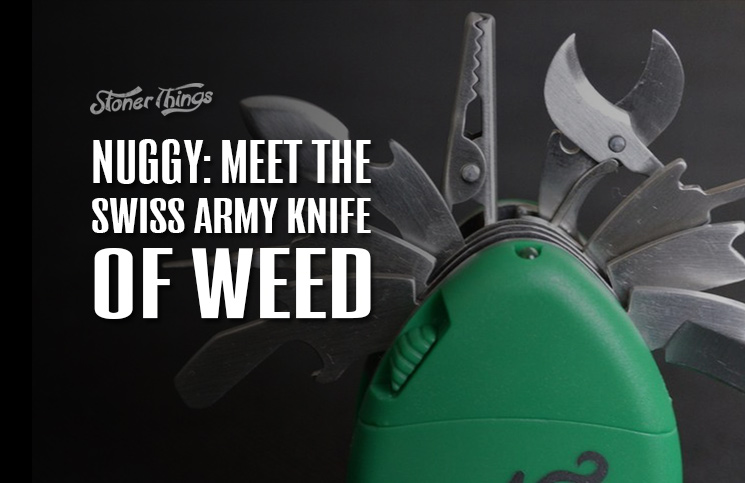 Tools are just so bothersome, especially when you’re using them to smoke dope. Who wants to go scrounging for a paper clip when pipes need scraping, or a butter knife when a bowl needs tamping, or even a flashlight when a nug falls on the floor at 2 a.m.?

Some enterprising inventors have come out with what is essentially the Swiss Army knife for stoners. It’s called the Nuggy (“The Smoker’s Multi-Tool”), and it’s basically a dream for any lazy pothead.

It really doesn’t matter whether you prefer joints, bongs, or bubblers: The Nuggy was designed by NugTools of Colorado for marijuana aficionados of every stripe. It comes with several critical tools.

1. A small multi-purpose knife
2. A mini-spoon for scooping ground pot into a bowl or onto rolling paper
3. A tamper
4. A pair of scissors
5. A roach clip
6. A scraper to clean ashes out of your bowls
7. A pick that can be used for ad-hoc cleaning needs
8. A flathead screwdriver (the same found on a standard Swiss Army knife)
9. A bottle opener (because why not?)
10. An LED flashlight, not especially strong but very useful; a small switch turns the light on.

“The Nuggy is a ten-in-one gadget designed specifically for smokers,” NugTools says on its website. “It has everything a connoisseur needs for rolling, shredding, dabbing, vaping, scraping, and poking.”

It’s a smallish device, with a strong green casing, but it’s not quite as unbreakable as the better Swiss Army knives. It costs about the same: $29.75. A double order will get you free shipping.

Customer and professional reviews are largely positive. Anyone who has ever smoked weed over a long period of time (or even just a few weeks) knows the pain of scraping up tools on the fly. There really is no other one-stop option for that problem.

Sadly, every toker’s nightmare is an empty lighter in the middle of the night, and there is no lighter on the Nuggy. It’s hard to imagine the designers could have pulled that off, but we can hope it will happen someday.

The Nuggy features spring-locking tools and stainless steel construction. The replaceable LED batteries run for eight hours. The roach clip locks into position, making it easier to hold a joint without losing control of it. The scraper is glass-safe. And the Nuggy even comes in a pretty gift box.

“The construction is excellent, and features all-metal tools protected by a durable green case,” The Daily Dot said in a review.

Buy your Nuggy on Amazon.

Tell us: Would you buy the Nuggy? Which tools would help the most? Leave a comment. 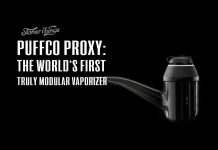