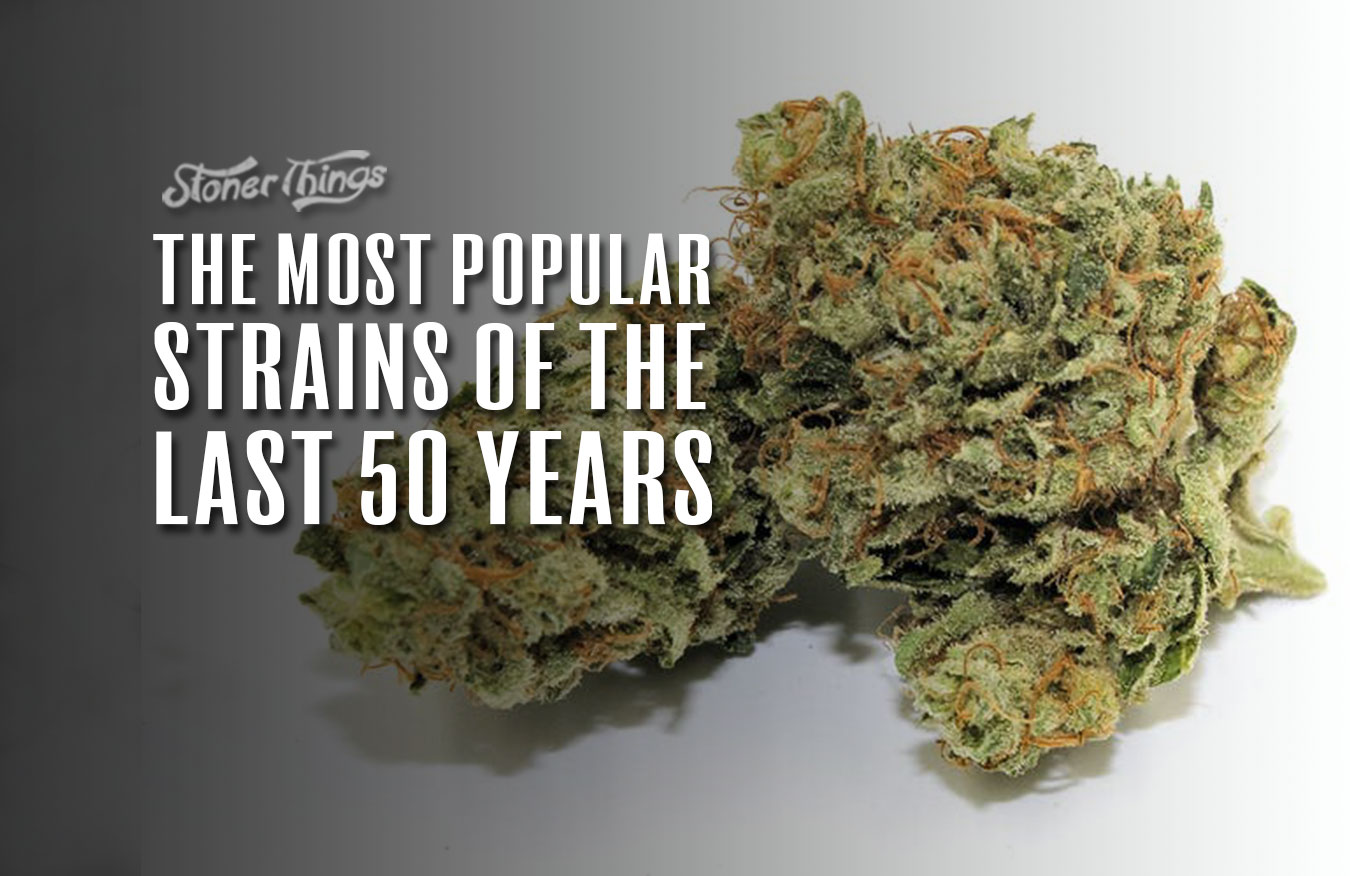 Most old-school stoners are the first to admit that their stash never hit as hard as the bud we have today. Cannabis potency has come a long way over the last century, in part due to technological advances, cultivation techniques, and the general de-stigmatization of marijuana use.

Back in the day lab testing lacked standard practices that ensured accuracy in THC content, medicinal and clinical studies of marijuana were few and far between, and hydroponic systems weren’t even a thing. If you were growing pot, it was all au naturel, baby. Maybe you just tossed one of the many (many) seeds in your bag into your back yard and a plant started to grow. And it kept growing as long as you remembered to water it.

Even though strain names are a relatively new thing when you consider the long-running history of marijuana, a solid strain is still a solid strain. Sure, every stoner today has heard of Green Crack, Northern Lights, Bruce Banner, and Blue Dream. But, your dad isn’t blowing smoke when he tells you that the guy he bought pot from wasn’t all about name-dropping. Lids? 4-finger bags? …What?

Today strain names are how we know what we like and they often pay tribute to people who have forged the way for decriminalization or mark milestone moments in marijuana history. Fifty years is a pretty long time, and a lot has changed in stoner culture, marijuana cultivation, and pop culture trends. They say good things stand the test of time. So, let’s explore a few old school weed strains that reigned each decade to only get better with age. 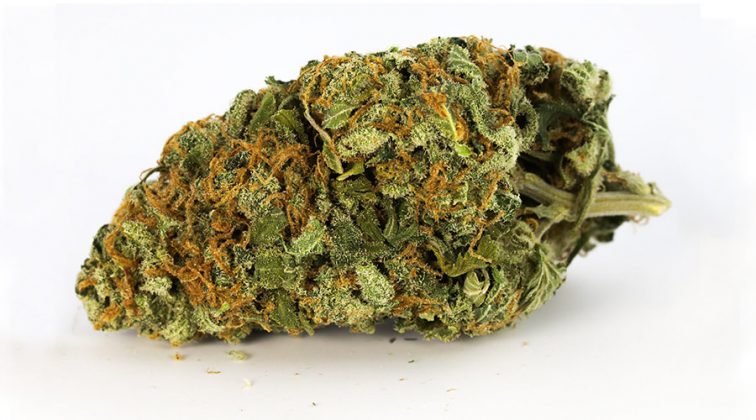 In the ’70s ounces were called “lids” and you could snag one for about $15. Yes, you read that right. At the start of the “War on Drugs” marijuana was named a Schedule 1 drug and not much of it was grown here at home. More than half of the cannabis smoked in the U.S. at this time came from Columbia. Dried-up flakes, stems, seeds, and random pieces of the marijuana plant were tightly packed in bricks and shipped via boats and cargo planes. Uh… yum?

Acapulco Gold was a top strain of this decade and made its way from Acapulco, Mexico. Known for its good looks (even back then) and high potency, this bud has a reputation for being one of the best strains around—even today. Though it’s getting increasingly harder to find (and obviously more expensive. Thanks, inflation).

Now, you can pick up an eighth of Acapulco Gold from a dispensary for about $30. THC content ranges from 15-20% and users report feeling happy, uplifted, and euphoric. The main terpenes found in this strain are caryophyllene, limonene, and myrcene. 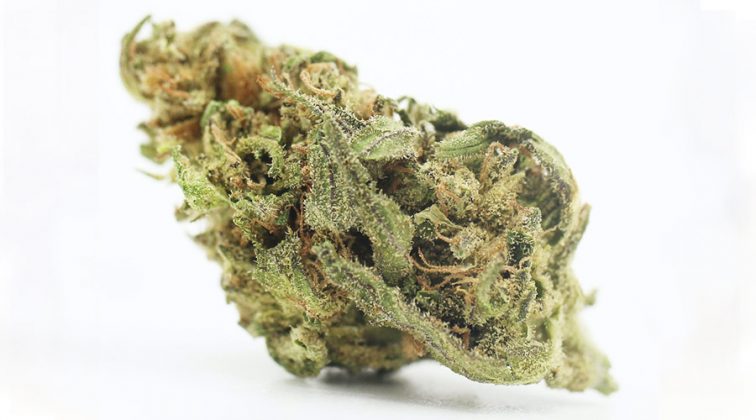 If you smoked grass in the ‘80s, some square probably called you a burnout. Although THC content in the bud at this time was below 3%, people were definitely still getting high. How? By smoking A LOT OF IT. And that wasn’t really hard to do when a “four-finger bag” (this means the bag was filled up to about the height of four fingers) was an ounce that ran you around $40.

Some say the quality of weed in the 80s improved because the coke man had access to better bud while others argue the up in quality was thanks to access to hydroponic growing systems that increased cultivation here at home.

Well, we say it’s thanks to the Haze brothers in Santa Cruz, California who had been tinkering with a sativa since the 60s that eventually made its way to Amsterdam to be perfected by the founder of the Seed Bank of Holland. Today, Original Haze rings in at around 20% THC and delivers a serious head high teamed with energizing effects and uplifting euphoria. And, it’s the proud parent of more than 10 hybrids. Grab an eighth for about $45. 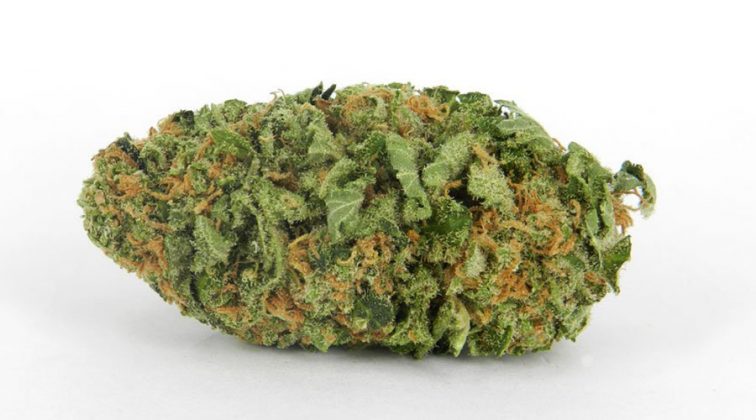 In the 90’s hip hop was in its golden age, prisons were overrun with nonviolent marijuana drug offenders, and “kind bud” was a thing. Nearly half a million pounds of pot were seized in the U.S. in 1990 alone. Traffickers from Columbia and Mexico, and cultivators across the country, tried to keep up with the growing demand that increased substantially in this decade thanks to a major jump in use among young adults and adolescents. You could get some ‘reggie’ (mids) for $20 an eighth or that ‘chronic kind bud’ for $40.

In 1996 California became the first state to offer medical marijuana, changing the game forever. Though, the average THC content of marijuana was still coming in super low, at only 5%. Some say that was in part due to inconsistent and ineffective testing that reported on old flower improperly stored. But, best believe that was about to change.

Northern Lights was first grown in 1985 but didn’t really make a name for itself in the U.S. until the 90s. Today the strain is recognized as a legendary classic and has won countless awards over the last three decades. It ranges between 16-21% THC and delivers relaxing and numbing effects you’d expect from a solid indica. 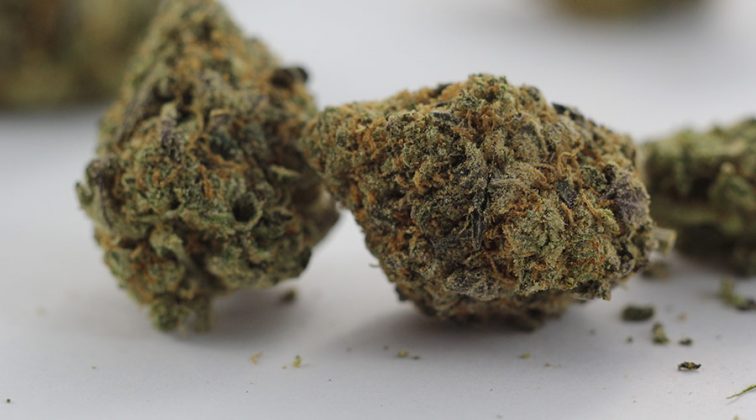 Ahhh… the 2000s. Y2K didn’t cause a zombie apocalypse (bummer). But, the stoner world as we know it certainly did change. Long-gone was brick weed and low-THC levels, it’s all heady here, my friend. Sure, smoking pot could still land you in the clink, but, only if you get caught by that cop who got hella bullied in high school.

This was a big decade for medical marijuana with Colorado and Nevada leading the push for legalization at the start of the 2000s. In the next 10 years Montana, Vermont, Rhode Island, New Mexico, Michigan, and New Jersey followed. Straight-up legalization and decriminalization were on the horizon.

Cookies became the namesake of cannabis genetics during this time. Sure, it’s tough to compete with the other powerhouse strains that came onto the scene: Super Lemon Haze, Tangie, Gelato… but Girl Scout Cookies did. Born in San Francisco, the OG Kush and Durban Poison hybrid cross is a beloved strain of today that brought different phenotypes like Thin Mint and Platinum GSC. Grab an 8th for $40 and expect to get happy and relaxed. 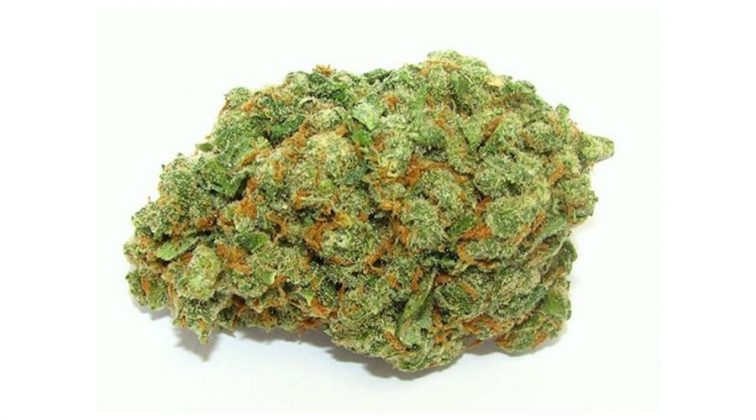 It’s the 2010s. Nobody cares if your bud is indica or sativa anymore — it’s all about the terps. As medical marijuana programs became more readily available throughout the country during this decade, the medicinal properties of marijuana made mainstream news headlines. Scientists and doctors broke down the “Entourage Effect” which explains how terpenes work in conjunction with other cannabinoids to provide therapeutic benefits.

Though this is, more appropriately, the decade of literally CBD-EVERYTHING, us stoners still like to get high. And…watch Star Wars. Enter the franchise-themed strains: Starwarz, Master OG Wan Kenobi, Yoda OG, Jedi OG, Chewbacca, and Death Star. They are among some of the favorites. But, Skywalker OG is most definitely…well, the OG.

The lovechild of two famous strains, Skywalker and OG Kush, boasts seriously high THC content recorded at 26%. The indica-dominant bud is known to leave users couch-locked, creative, and feeling good. This hybrid delivers tastes of citrus and pine that leave kush-lovers feeling fine. So much so, that they’ll happily pay upwards of $200 an ounce.

Are you a stoner who has stood the test of time? Hit us up in the comments and tell us your favorite strain of each decade. How much did you pay?! Inflation is truly a bitch…isn’t it?! But at least the weed is like, way better.