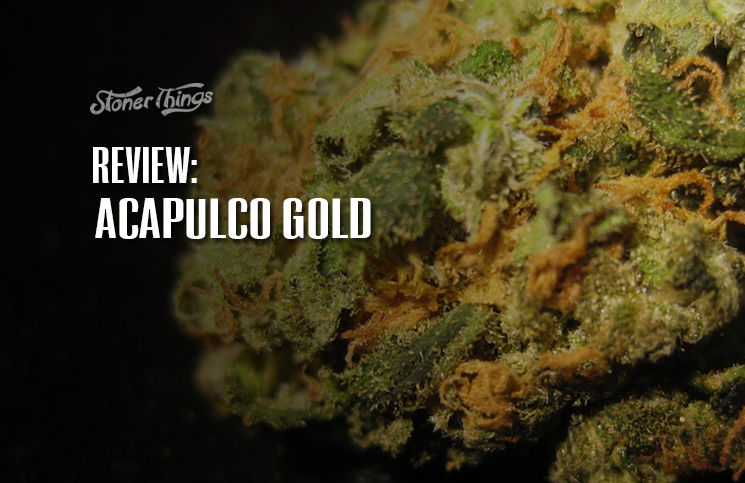 “Acapulco Gold”: Even to people who have never touched a joint, blunt or bowl, these words immediately evoke a certain era in the history of American drug culture. It was a time when marijuana shipments crossed the country in VW vans, when weed was “grass” and an ounce was a “lid,” when potheads were still American outlaws.

It might be something of a surprise, then, to learn that Acapulco Gold is still a staple of tokers from coast to coast. It tops few lists of local favorites, but its long, almost mythical reputation guarantees it won’t be going anywhere soon. In this Acapulco Gold strain review, we look into it’s history, effects and medicinal uses.

Acapulco Gold: is this legendary strain really worth the hype?

The Acapulco Gold strain is a classic sativa, with strong, peppy effects perfect for daytime errands or an afternoon picnic in the park. Or maybe at a protest or drum circle or surf-off, if those are your things. Even knowing this strain still exists should give you some street cred.

If you need empirical evidence that today’s Acapulco Gold lives up to its glory days in the 1960s, look no further than the 2010 Cannabis Cup competition, where the strain was declared top sativa 50 years after it became the weed of choice for Baby Boomers.

You may have to look pretty hard to find this wonderful strain, unless maybe you live on the West Coast (or Mexico), but it’s definitely worth the effort. The high is distinctly focused, social, bubbly, energetic and enjoyable. If you’re looking for a fun, relaxing day as summer draws to a close, Acapulco Gold is a good way to go.

Side effects tend to be pretty limited, with dry mouth and red eyes most common. Anxiety and paranoia are limited, but the high typically doesn’t last very long. Acapulco Gold is a great choice for everyday life, not so much for nights when you want to blast into orbit. The munchies are strong but not overpowering, and there isn’t much in the way of an unpleasant edge to the experience.

The Acapulco Gold marijuana strain has a number of medical uses: It’s an effective painkiller and stress reliever, but it also helps with depression, anxiety and spastic disorders such as multiple sclerosis. As a standard sativa, it isn’t very sedating, so you can use it throughout the day without needing to nap. Of course, that means it’s less than ideal for insomniacs, but no strain delivers everything.

Leave a comment and let us know: Have you ever smoked Acapulco Gold weed? What did you think?