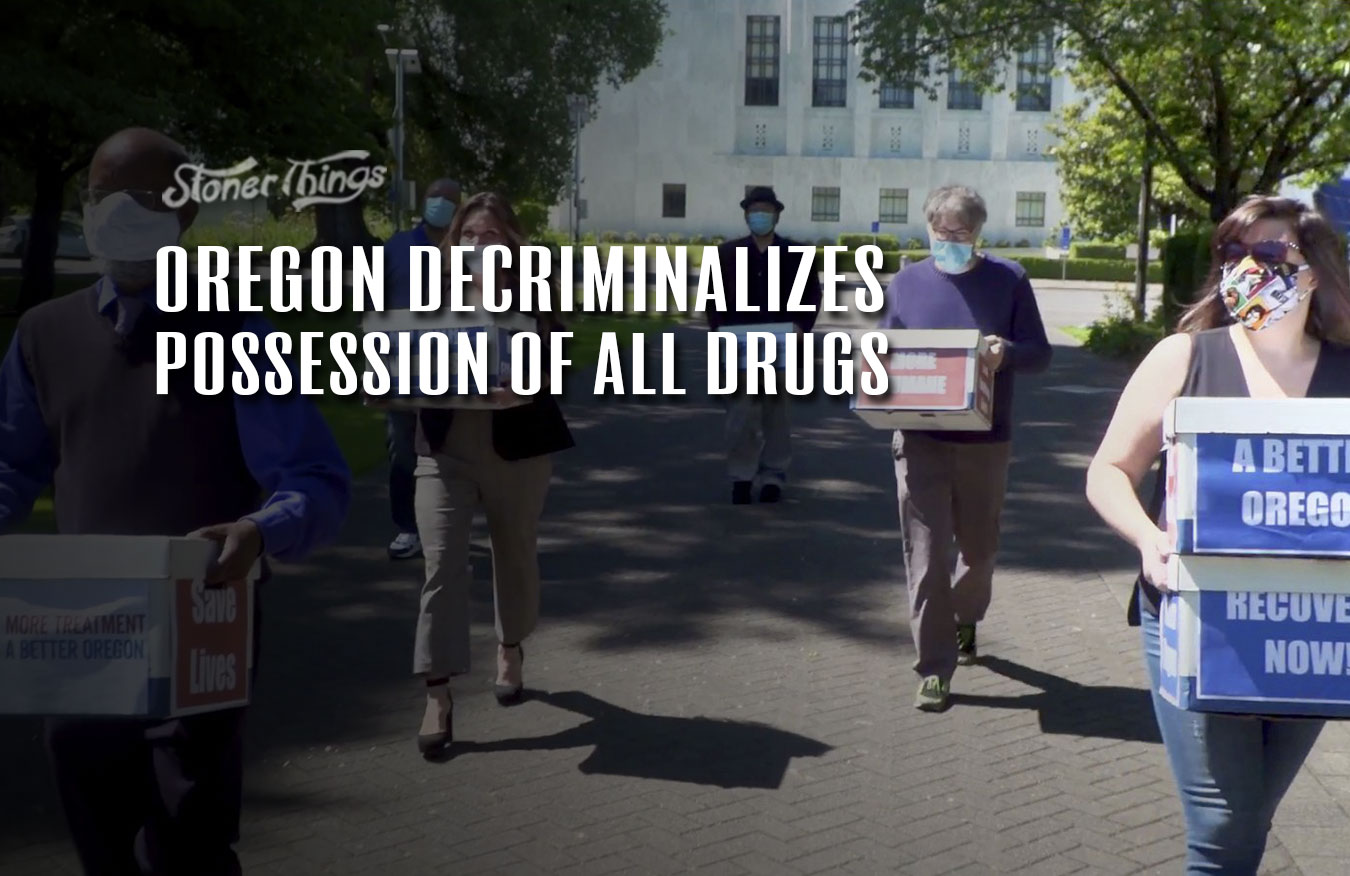 Oregon voters approved two measures that put the state ahead of the pack when it comes to progressive decriminalization efforts. Both measures open up new avenues for health professionals, too. That’s because both were touted as public health measures, essentially. This is the continuing, and effective, argument that drug abuse is a health problem, and that some drugs that had been banned at the Federal level as “having no medical benefit” actually do have a medical benefit. Psychedelics have long been considered potential therapies for a host of mental disorders, after all. And stuffing addicts into jails has only increased recidivisfm. Thus, the voters in Oregon made bold strides forward in the new war on bad drug policies.

Oregon Measure 109 passed, legalizing the use of psilocybin mushrooms for therapists. Of course, there are specific guidelines around mushrooms in the state, so you can’t just roll up to a shroom dispensary and get your fungus on. Instead, the Oregon Health Authority (OHA) will create a system for permits that would allow certain licensed therapists to administer mushrooms in specific circumstances. The OHA would determine who can administer or possess the mushrooms, and as Ballotpedia reports, “Clients would be allowed to purchase, possess, and consume psilocybin at a psilocybin service center and under the supervision of a psilocybin service facilitator after undergoing a preparation session.” The state has two years to develop and deploy the program.

Meanwhile, Measure 110 also passed, essentially decriminalizing all drug possession. Why was this important? Many low-level possession charges begin the painful descent into the criminal justice system, which is not the place to get clean if you’re an addict. We reported on the series of TV ads meant to support the measure, and they do a great job of detailing the medical and social reasons why the measure made sense to pass. Measure 110 was also supported by one of Mark Zuckerberg’s non-profit organizations dedicated to social causes — to the tune of half a million dollars in campaign donations.

It seems the campaigns to pass the measure paid off, and now it’s up to the state to finish building the framework for both. With Measure 110, the removal of criminal penalties cannot be overstated. The Executive Director of the Drug Policy Alliance said in a statement, “Measure 110 is arguably the biggest blow to the war on drugs to date. It shifts the focus where it belongs–on people and public health–and removes one of the most common justifications for law enforcement to harass, arrest, prosecute, incarcerate, and deport people. As we saw with the domino effect of marijuana legalization, we expect this victory to inspire other states to enact their own drug decriminalization policies that prioritize health over punishment.”

Indeed, with calls to reform police departments around the country, new measures could find fertile ground soon across America. As the Alliance notes, “According to a report by the Oregon Criminal Justice Commission released by the Oregon Secretary of State’s office, passage of this measure will result in a 95% decrease in racial disparities in drug arrests.” Drug decriminalization seems to be a fast track to supporting racial justice, as well as criminal justice reforms.