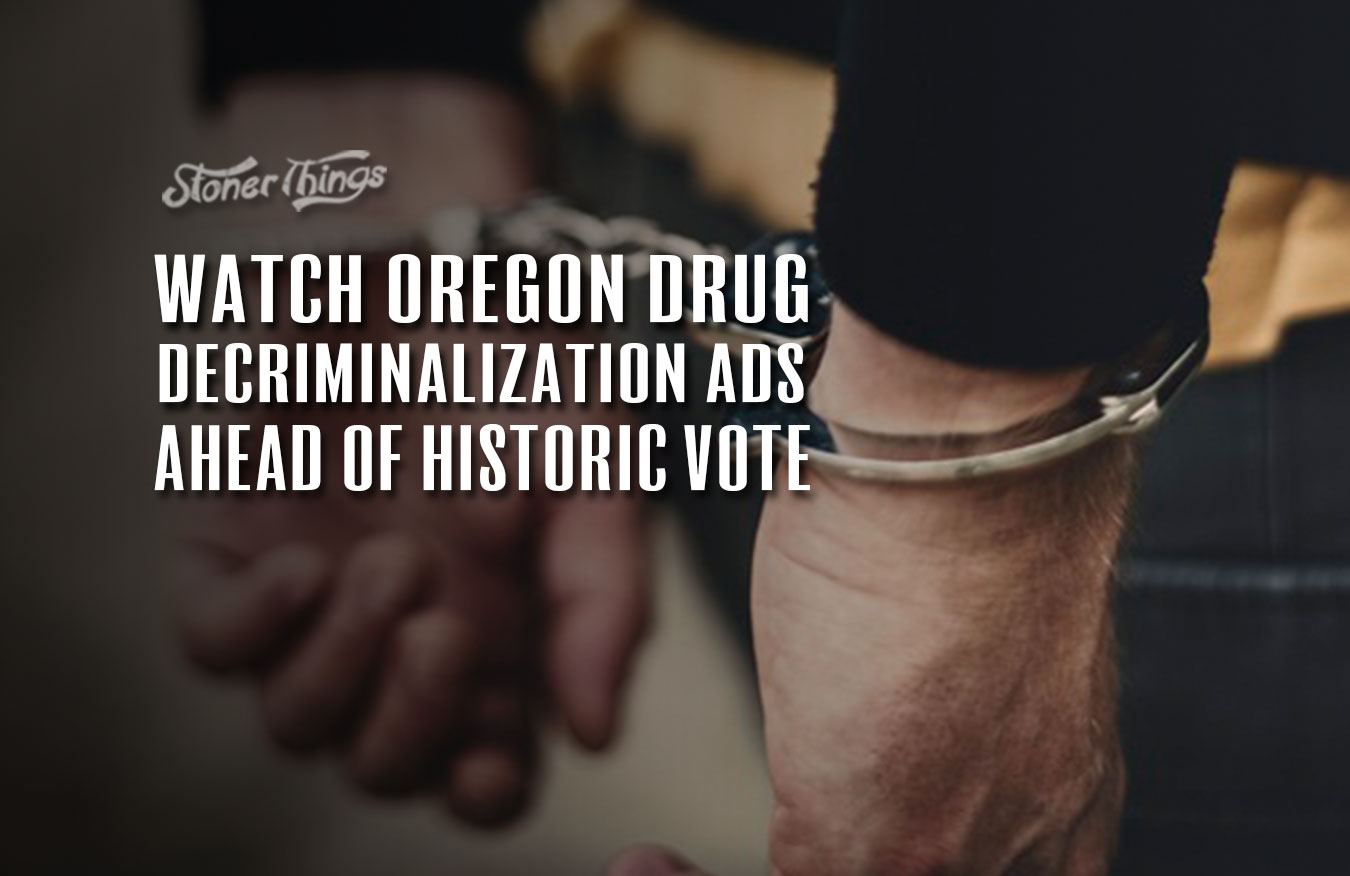 The shift away from tossing people in jail en masse keeps happening, and now it’s Oregon’s turn to try something new. Measure 110 would decriminalize all drugs in the state, making it essentially a misdemeanor to possess them. In Oregon, the focus is on health over punishment. A series of new TV ads make it clear that drug problems aren’t criminal, they’re health issues. If we treat them as health issues, we have better outcomes. Decades of study have shown this to be true, from countries like Portugal to experiments in cities around the world. With Measure 110, money from cannabis sales would go into treatment programs for people who are caught with many other drugs (like opioids). Instead of going to jail, “offenders” would now be given a leg up with treatment programs and housing. It’s a more compassionate, data-driven approach than the previous, “zero tolerance” days of just a few years ago.

The ads portray a number of people from all walks of life, but people who have dealt with drugs or someone in their family who was impacted by drug use. In marketing, voices of authority could be from a trained professional or someone with specific experience. In one ad, a nurse who treats patients with addictions speaks to the measure, explaining that going to jail for a drug crime means being set back further, like making it harder to get a job or credit. One of the great struggles for legislators has been coming to terms with the notion that crime begets more crime not because criminals are bad people, but because the system is designed to propel people into the abyss if they’re teetering on the edge.

There are also advocates who work with kids, including a high school principal and head of Elevate Oregon. Both make an emotional appeal, one invoking the name George Floyd and the other school children. Principals are some of the first to note if a child is being impacted by drug addiction, and Elevate Oregon is an empowerment non-profit that works particularly with the black community and at-risk kids.

Perhaps the most moving are former addicts — and survivors of addicts — who learned the hard way that jail isn’t helpful for recovery. In fact, it’s much worse. That’s why the treatment benefits of Measure 110 are being touted. Health measures actually do rehabilitate addicts who want to get better.

Measure 110 is closely linked to Measure 109, which would legalize psilocybin mushrooms for therapeutic use. There’s been another ad campaign around that, touting the medicinal benefits of mushrooms as therapy and especially for those with PTSD. Thanks to years of wars, America has no shortage of veterans with PTSD, and supporters of Measure 109 are hopeful it will pass and they can offer this valuable therapy to sufferers.

Meanwhile, Measure 110 has been backed by a foundation started by Facebook’s Mark Zuckerberg, and his non-profit has put half a million dollars behind promoting the measure. Will it pass? In 2020, that’s anyone’s guess, but Oregon has been on the forefront of social justice legislation like this that undoes many of the harmful laws that sought to punish rather than heal.

Watch the ads below:

“My name is Hubert. I’m a veteran. I’m a father. I’m a productive member of society. Now that I’ve been clean for 10 years, I go into the criminal justice system courts and let the system know, look, jail is not going to help this person. We need to get this person some treatment. This is why I know that treatment is the answer to helping people change their lives, not the criminal justice system. I know Measure 110 will help me be able to help more people. Help us by supporting Measure 110.”

“My dad was always my biggest cheerleader. He was always behind me, 1,000 percent. But he struggled with drug addiction. He wanted to quit using, but couldn’t. We couldn’t find him treatment and support. He died of an overdose last November. I’m supporting Measure 110 to provide treatment and recovery services, not punishment for possession of a small amount of drugs. Putting people in jail ruins families, when treatment can help families. Yes on 110 will help.”

“I’m a nurse who treats patients with addictions. We know a jail term isn’t good drug treatment. It ruins lives, makes it hard to get a job, credit or an apartment when you get out. Measure 110 fixes that. It just says people won’t get jail time simply for possession of small amounts of drugs. Instead, they get connected to treatment or recovery services, including housing assistance to help them get their lives back on track. Vote yes on Measure 110.”

“Vote for drug treatment instead of punishment. 110 can redirect money that we’re already receiving to support our kids and our families where they most desperately need it. It can completely change someone’s life. Vote yes on 110.”

“The first time I ever voted, I was 18. I had to stand in line and I was excited, man, and I’ve voted every year. It’s important because so many people died and fought for this right. With George Floyd, with a pandemic, it’s probably the first time in my lifetime that black people have the opportunity to be heard. Measure 110 is going to give adults, not just in the African American community, but people of all colors, the opportunity to fail safely. We don’t want failure to become who you are. My name is Donnell Morgan, I’m the executive director of Elevate Oregon, and I’m voting yes on 110.”

“My name is Janie Gullickson. I was addicted to drugs for over 22 years. For five of those years, I spent more time in county jails than I did free. Treatment was never offered. Treatment was the turning point. This ballot measure funds treatment and recovery services. It decriminalizes addiction. That saves lives.”