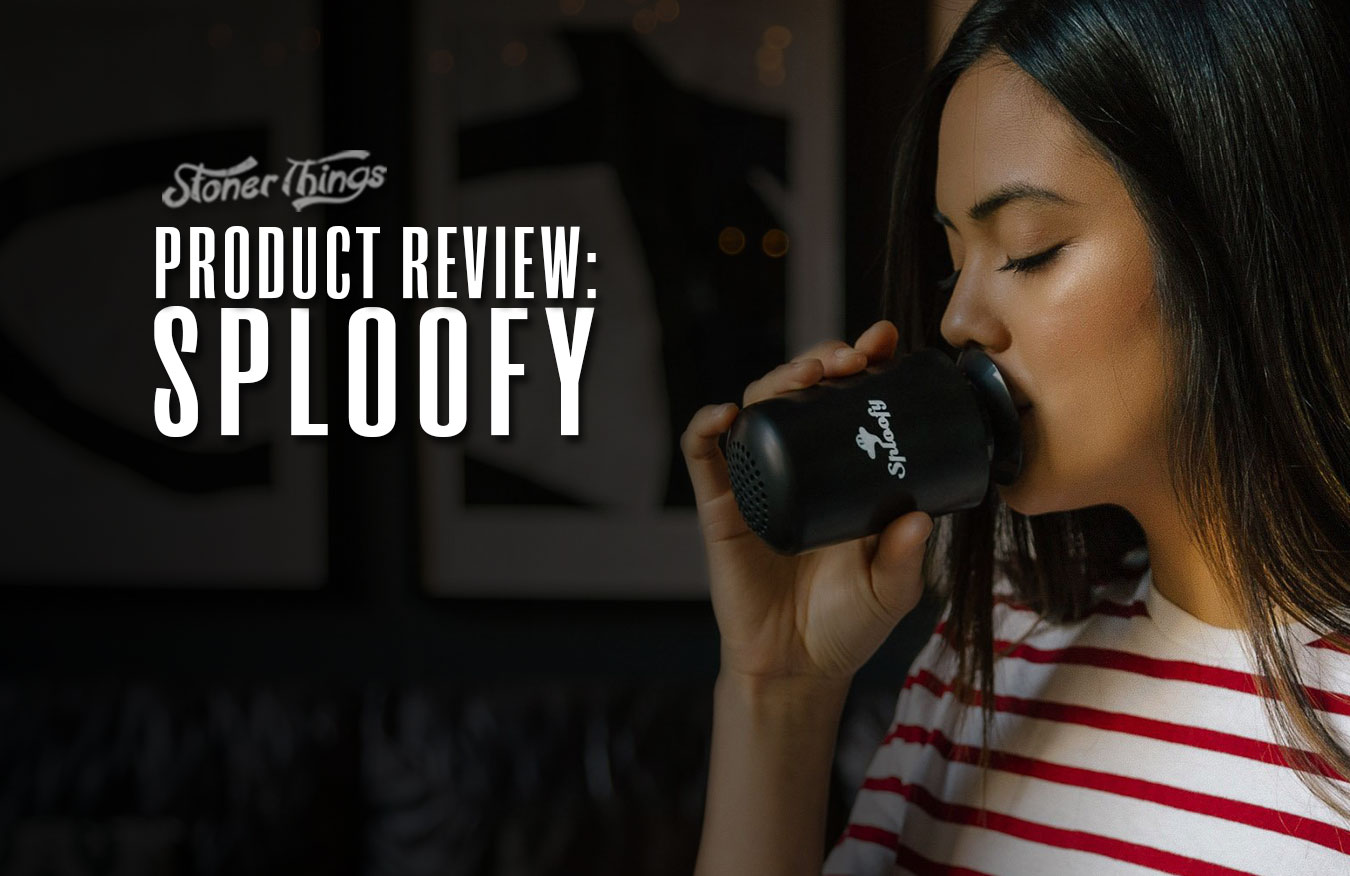 Even in states where marijuana is legal, discreetness is necessary at times. Remember stuffing towels under door seals and jamming dryer sheets into toilet paper tubes to avoid the smell? Maybe it was a dorm room, or an apartment, or even a room at yours parents’ house, but either way, the idea was the same: Cutting down the pungent smell of your smoke sesh. The skunky odor really permeates and is distinguishable enough for even non-smokers to identify. Thing is, even with legalization there are still times when you don’t want to broadcast you’re smoking. That’s where the Sploofy smoke filter comes in, helping you reduce odors and remain discreet.

Sploofy is a modern version of a homemade exhalation filter, but with a real filter that is both replaceable and ecologically friendly. All you have to do is exhale smoke through the device, and it will trap not just odor but the actual smoke inside. Those old homemade cardboard tubes may have changed the smell a little, but they weren’t capable of trapping the smoke. “Does Sploofy work”, you may be asking? The simple answer is yes. Sploofy does this using a clever HEPA filter that uses activated charcoal from coconut husks. The smoke filter is biodegradable and uses no plastic, but lasts a long time. The manufacturer says you should expect over 400 uses per filter. Those old dryer sheets barely lasted a day! 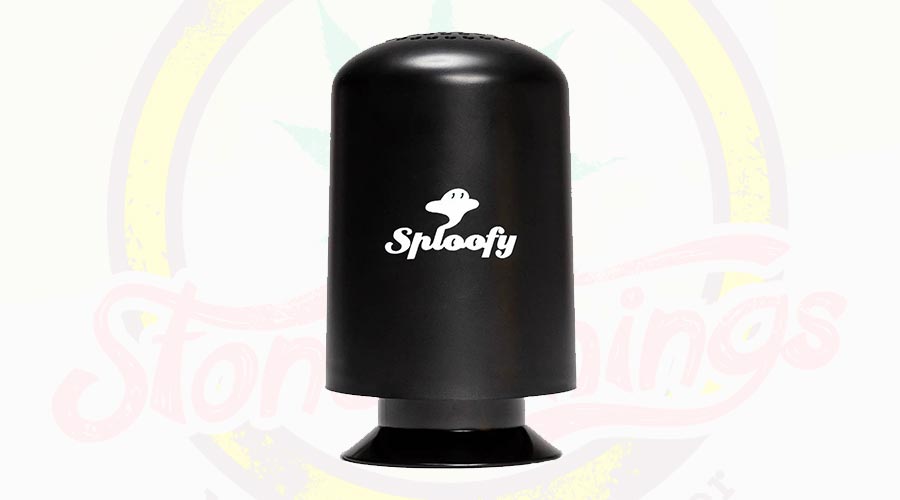 Sploofy V3 is the most recent iteration of the original Sploofy. It’s a cylinder, making it easy to hold and providing the necessary amount of surface area to fully contain your smoky exhalations. It’s made of just three pieces, a large housing for the filter, the filter, and a mouthpiece. The latest version of the Sploofy has nearly doubled the longevity of the previous model. You just hold it up as you exhale, and it’s kind of magical how it traps the smoke but not your breath. 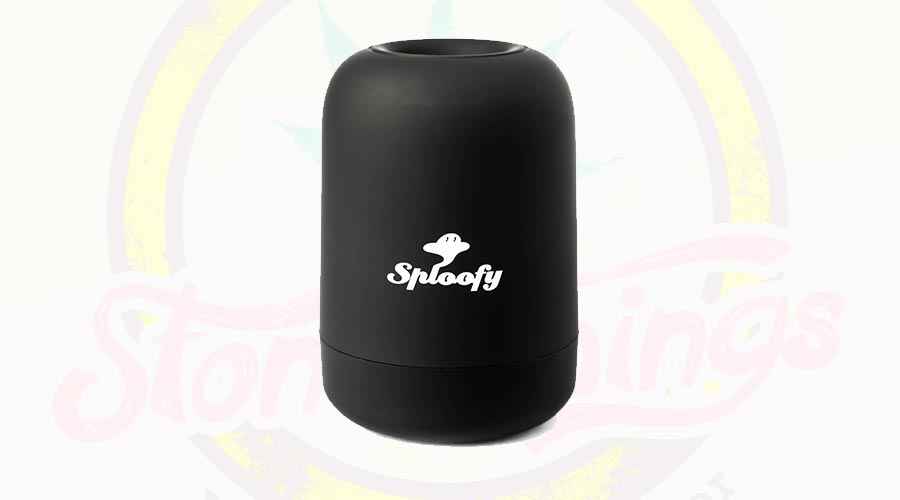 A new and improved version of the original model, Sploofy Pro offers numerous additional benefits that make it work even more effectively.  Its design allows for improved airflow, and the enhanced filter has a longer life and is less prone to clogging. And with a soft touch matte exterior, it just feels nicer to hold.

Naturally, Sploofy won’t eliminate odors unless they go through its filter, so if you’re looking for total odor elimination you’ll want a candle, incense, or something similar to cover smells naturally made by smoking. Joints, blunts, even smoldering bongs can all contribute to the smell in any space, but Sploofy does a great job at eliminating the acrid smell of exhaling smoke. In fact, Sploofy is so good at trapping exhalation that it may get a little “wet” from your breath’s moisture. I found that all you have to do is set it upright for a while and it will naturally dry out. The surface area within the filter really helps here. 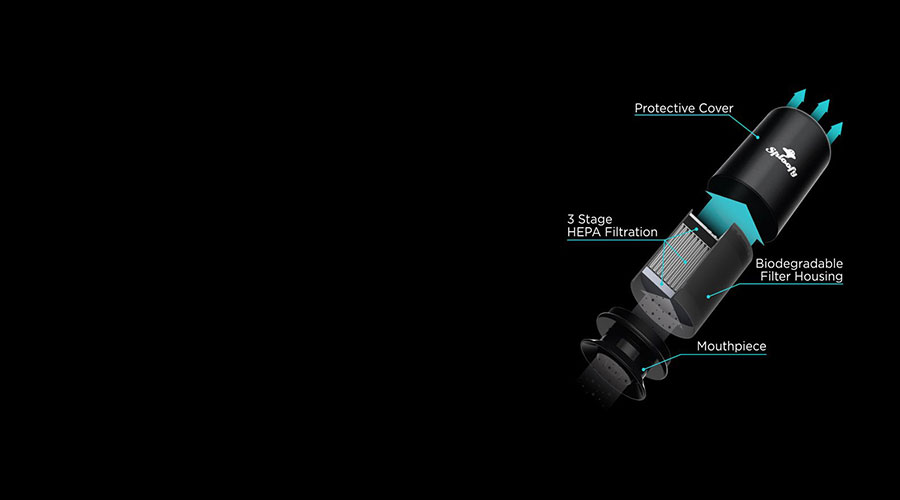 Sploofy is ideal if you’re a pot tourist visiting an area where the dispensary laws are a little further ahead than the consumption in public laws. Or, maybe you’re just staying somewhere that requires a little bit of stealth. Or, you might just have roommates that don’t want to smell weed all the time (that’s actually how the Sploofy was invented). You’ll find the airflow on this is outstanding, and practically no smoke escapes its filter, but your breath does push through. Sploofy is priced right, portable, and handy in those times when you need to be a little more discreet with smoking.

Interested in trying out the Sploofy for yourself? Grab yours on Amazon.