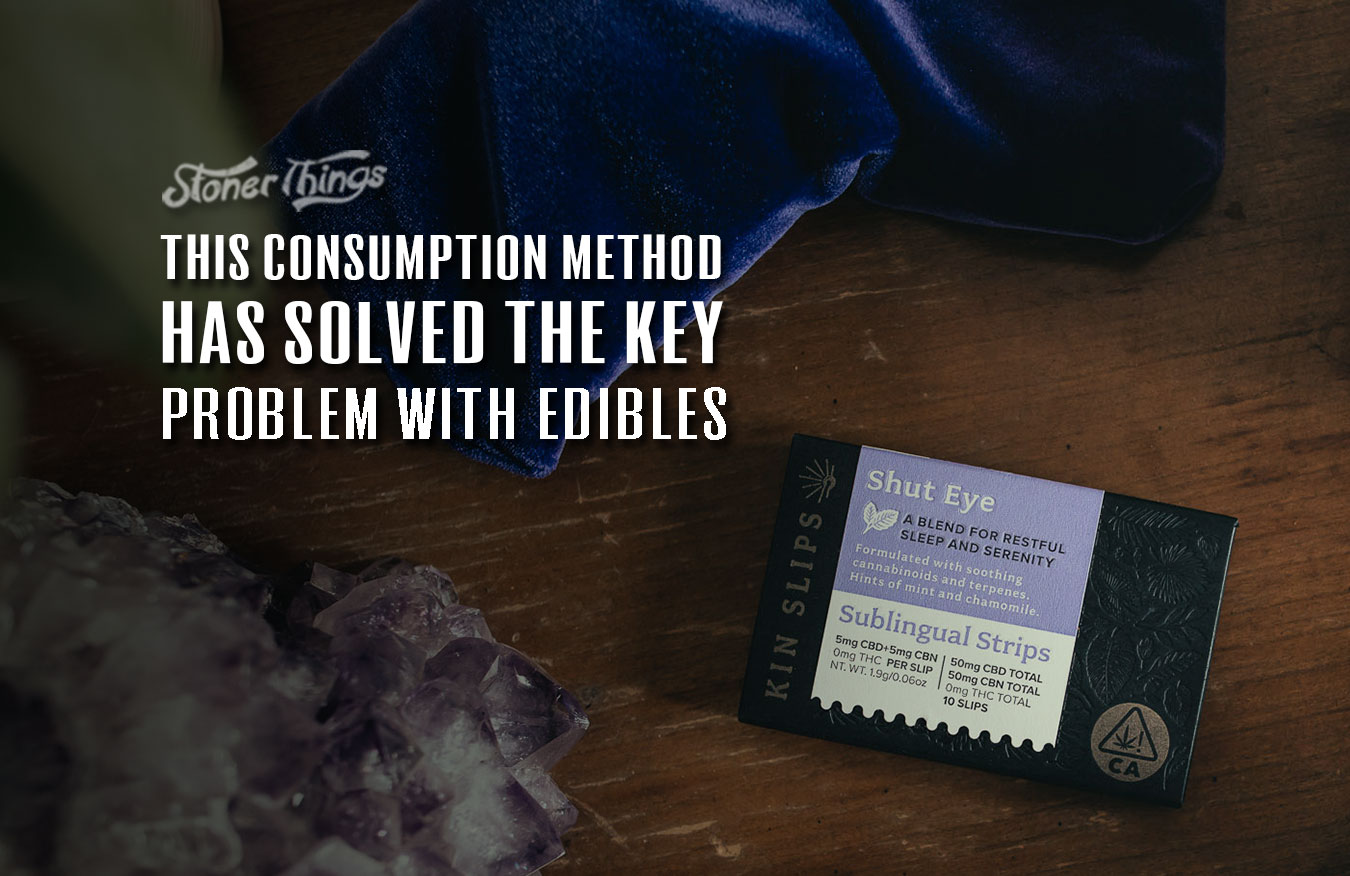 After nearly a decade, one man’s journey from skeptic to cannabis innovator has hit the market. Kin Slips are similar to the Listerine “breath strips” that you place on your tongue and let dissolve. They’re a bit like little pieces of tape, but not really sticky. The difference between Listerine and Kin Slips? The latter is an edible, made possible with nanotechnology and a sort of back door to our bloodstream that lives right in our mouths, under the tongue. This could be an effective way to get more people into the cannabis ecosystem — for health benefits especially — than ever before.

As Digital Trends reports, the creator of Kin Slips is Josh Kirby, a very straightlaced person from rural New York. This is a part of the state that’s pretty conservative, and Kirby grew up with that influence. He didn’t smoke weed, and never cared to. He started out as a drummer, thanks to his mom, and stumbled into an odd job looking at the cannabis industry and deciding to jump in head-first.

Kirby noticed when he moved to Seattle in 2013 that edibles were a primitive business still, with handmade brownies in dispensaries, complete with Sharpie marker writing on the labels. Seeing a huge opportunity before him, he wanted to make cannabis products that would appeal to a broader market, one that wasn’t going from illegal weed to legal, but one that might, like him, never have considered trying cannabis before. They wouldn’t smoke it, they wouldn’t try vapes or concentrates for sure, and edibles just weren’t fast-acting ort precise enough. Science came to the rescue.

At first, he tried making a candy shell around the cannabis, which was mixed in with gum. It may sound like a weird combination, but gum and weed stick together. And by “stick together” Josh explained in this interview, “It didn’t actually release the cannabis from the gum into your mouth because the cannabis stayed bound to the gum.” That’s why brownies and cookies work so well: the butter and oils in them help break down and release the active ingredients in the cannabis.

Undaunted, Josh realized that the candy shell he was designing would work just fine as a sort of substrate for the cannabis — or the extractions. Kirby’s company uses a closed loop extraction process, stripping out terpenes and cannabinoids, then re-mixing them in just the right amounts to create profiles that have different flavors and effects. So far, nothing exotic because this is how a lot of concentrates are made. 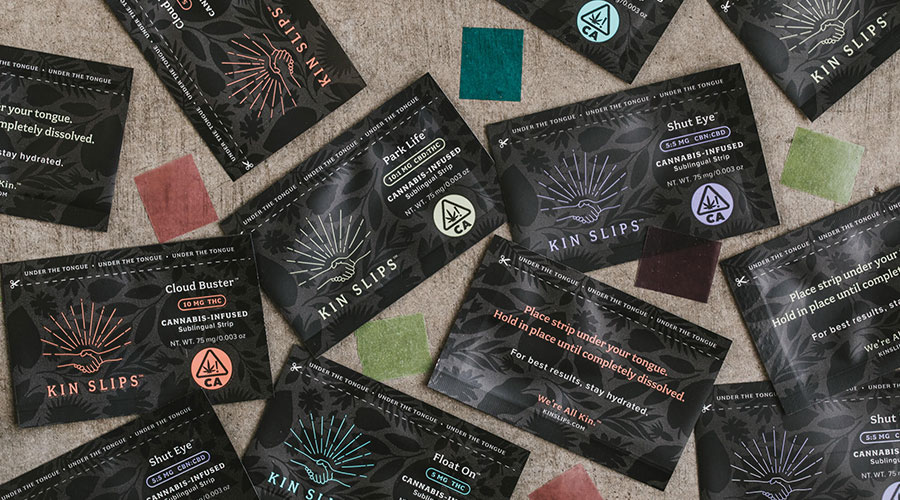 After selling his candy concoctions as a novelty breath mint in Washington, the novelty faded and Kirby re-thought his plans. Moving to California, his partners started focusing on the sublingual delivery system — bypassing the stomach or lungs and going straight into the bloodstream by placing the strip under the tongue. The effects of Kin Slips are felt within about 15 minutes as a result, an astoundingly short time.

But Kirby’s other “big bet” was that they could create very specific terpene profiles to create very specific effects. Thanks to nanotech, Kin Slips 2.0 now have a better flavor profile — quite the feat using highly concentrated cannabis — and microdoses available in their four effect profiles. These could be the future of smokeless cannabis, unless they’re seen as a fad.