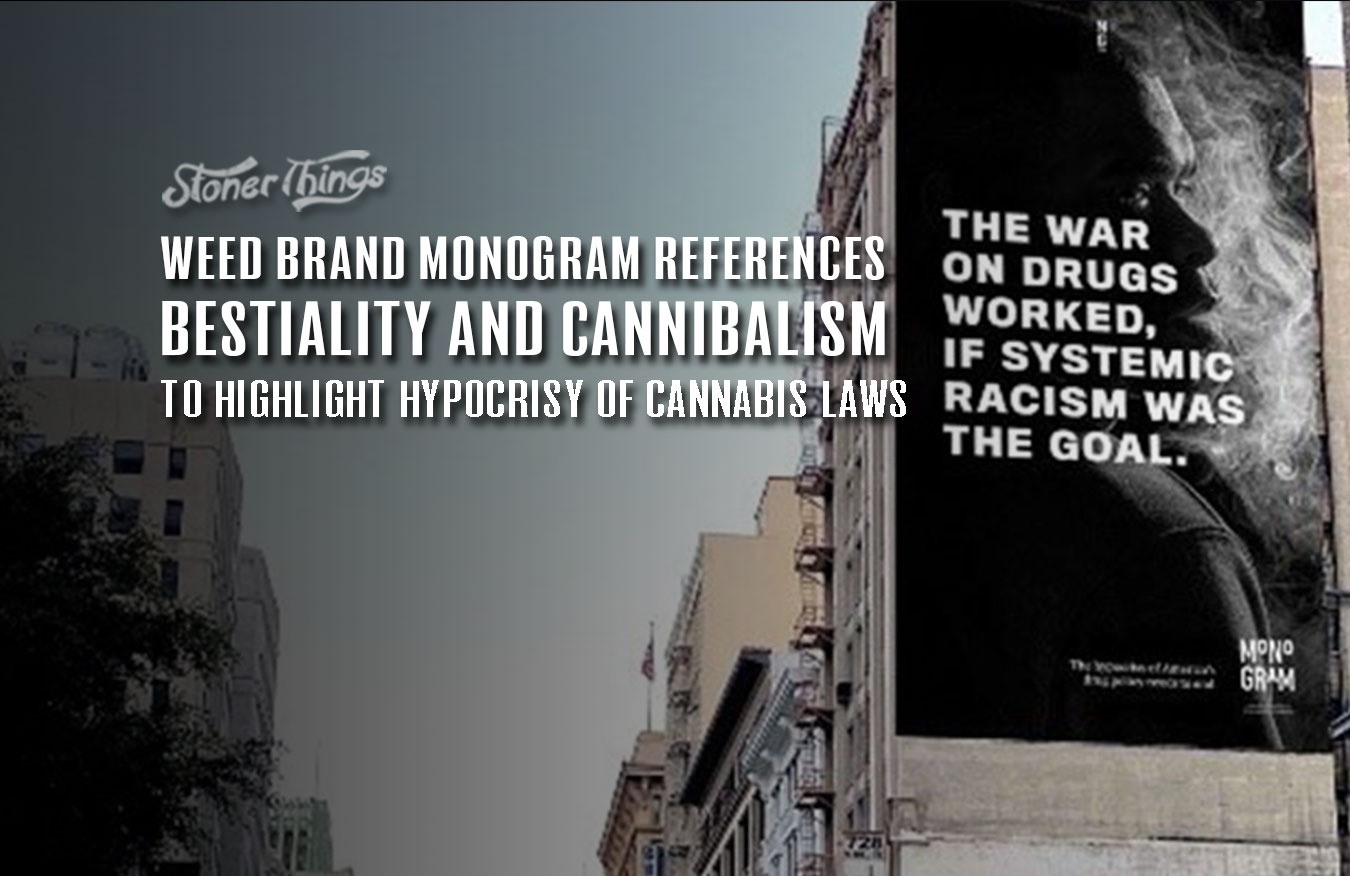 Cannabis is a world rife with provocative images. Shawn Carter, aka Jay-Z, is going all-in on pointing out the hypocrisy of weed in a wacky world. His cannabis brand, Monogram, launched an ad campaign that pointedly highlights the discrepancy between the legalization of marijuana and other antiquated laws. Let’s sample a few, shall we?

“There’s a state in America where cannibalism is technically legal and cannabis isn’t.”

“You can marry your first cousin in more states than you can buy recreational weed.”

‘Weed is a federal crime. Even in the state where sex with farm animals isn’t.’

Each ad includes, ‘The hypocrisy of America’s drug policy needs to end.’

Can I get an amen? The whole campaign is sharp; focused; poignant. The fact that it’s political is an extra plus.

Out with the old, in with the new?

Monogram highlights laws that ban recreational weed in a series of billboards but allow for seemingly more questionable laws that allow bestiality, cannibalism, or sanction marriage between cousins. In striking black and white, the billboards featured statements and images of eight individuals charged with cannabis-related crimes. 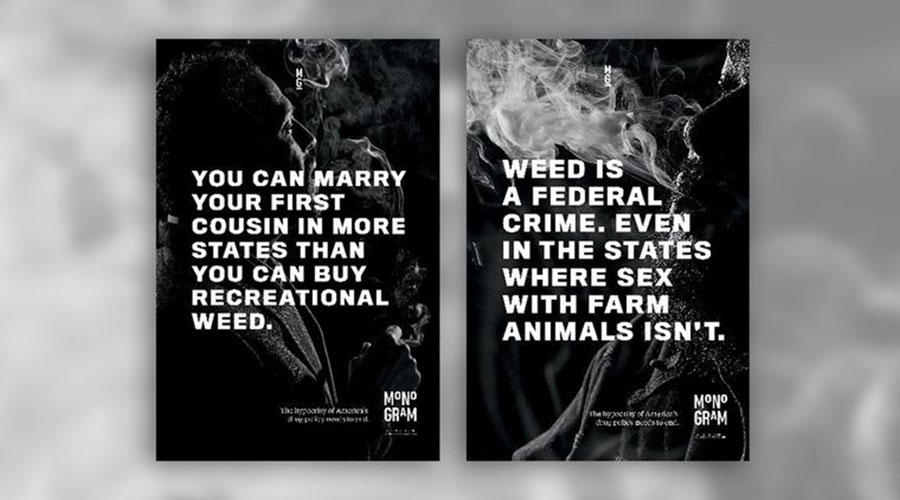 One billboard features a man sentenced to 15 years in prison for marijuana offenses. During this time, states like Colorado, Oregon, and California legalized weed. The ad campaign does an effective job at pointing out the nonsensical application of laws and sentences to non-violent crimes, and compares them to other nonsensical things that remain legal.

The campaign, created by Mischief @ No Fixed Address, includes outdoor murals, billboards, and mobile ads targeted in urban areas, including L.A., San Francisco, Chicago, New York, Washington D.C., and Miami. The company will have expanded the blitz into more locations by the end of March.

Why the law is dumb sometimes

“Cannabis laws are out of date and disproportionately cruel and punishing when compared to the rest of the legal code,” said Carter in a statement. “We still don’t have proper regulation for texting and driving in Missouri, but staying home and smoking weed will get you locked up.”

“I created this campaign to amplify the voices of those who have been penalized for the very same thing that venture capitalists are now prospering from with the emerging legal cannabis market,” Carter added. “Far too often we forget that these are real people whose everyday lives and futures have been affected by this outdated legislature.”