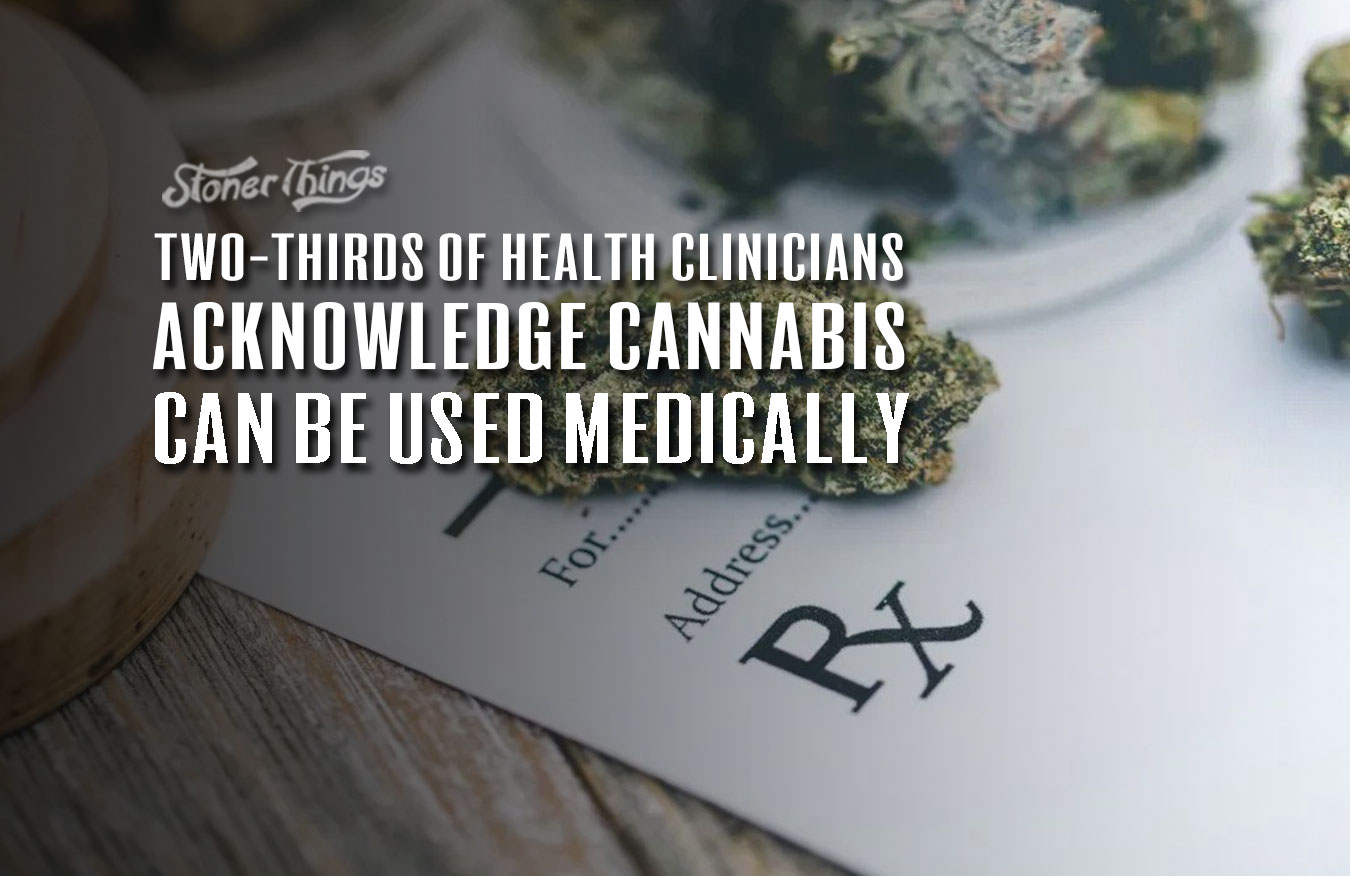 US clinicians are largely on board with using cannabis as a medical treatment, according to survey data that appeared in the journal Cannabis and Cannabinoid Research. And healthcare workers should probably know best when it comes to healthcare.

The study – among the first to consider “clinician beliefs and practices related to medical cannabis in a US multi-state example” – is the work of a team of investigators from the US Centers for Disease Control and Prevention and the US Public Health Service. They compiled responses from a 2018 survey carried out by DocStyles, an online platform that polls healthcare workers and providers on various health-related issues. The cannabis survey queried clinicians for their views on marijuana’s potential therapeutic value as well as its current legal status in their state.

The investigators found that almost 70 percent of the 1,506 practice doctors, nurse practitioners and oncologists who participated in the survey believe marijuana has medicinal uses. Of those, the conditions most likely to receive a recommendation for treatment with cannabis were chronic pain (73 percent), cancer (72 percent) and nausea (61 percent). Only around one in four of the clinicians, however, had authorized medical marijuana as a treatment for a patient.

Of some concern, perhaps, is the survey finding that 60 percent of clinicians gave an incorrect response when asked the legal status of cannabis in their state. The investigators also note, based on the survey responses, that clinicians’ “[b]eliefs about conditions for medical cannabis use did not necessarily align with the current scientific evidence.”

The investigators conclude from their research that clinicians broadly support medical applications for cannabis but do not yet have a full understanding of the science behind it, what it can be used to treat, nor what the current political and legal framework is governing medical marijuana at state-level. And given that clinicians are responsible for recommending medical marijuana as a treatment, the investigators call for “ongoing health education about the health effects of cannabis” among healthcare workers.

The findings chime with those of a prior study that also reported a significant knowledge gap among American healthcare workers when it comes to marijuana as a medical treatment. Researchers from the University of Alabama collected 451 survey responses split evenly between nurses, neurologists and pharmacists and found almost half felt unfamiliar with cannabinoid pharmacology and its clinical applications.

For Paul Armentano, NORML’s Deputy Director, the latest survey responses are further proof of marijuana’s validity and acceptance as a medical treatment.

“Overwhelming majorities of patients and their providers acknowledge that cannabis is a legitimate medicine,” he said. “Politicians should not be standing in their way by opposing efforts to permit medical professionals from recommending cannabis to their patients in instances where they believe it is therapeutically appropriate.”