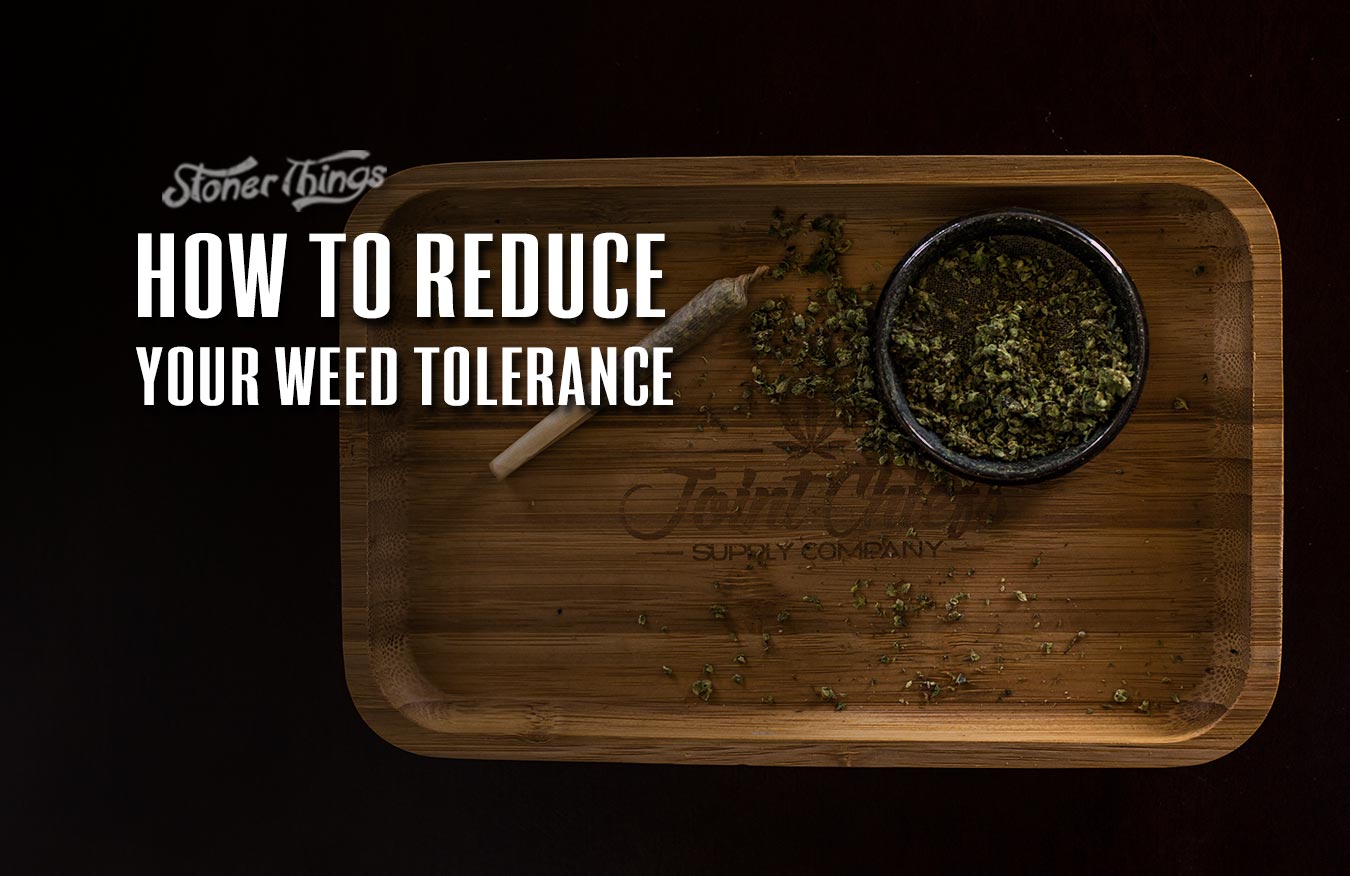 You might have heard the phrase “weed tolerance break” when someone is hitting the pause button on their cannabis intake. There may be a number of reasons for this, but the general idea is pretty simple: Taking a break from cannabis to flush the body of cannabinoids. Everyone’s body chemistry is a little different, so while you might take a break because you feel like you’re smoking too much, it might just be that your system has become resistant to the effects and a break will help to reset it.

What is a weed tolerance break?

A cannabis tolerance break is just quitting smoking weed for a while. Or really stopping consuming cannabis altogether, as edibles will affect your endocannabinoid system as well. Tolerance breaks might be initiated for many reasons, but the end result is the same: Clearing your body of cannabinoids, especially THC. Some call it a t-break, but it’s all just about stepping back for a bit as opposed to quitting forever. This could take some willpower, but you’ll be that much prouder of yourself when you pull it off. And remember, it is temporary. Otherwise it’s just called quitting.

What are the benefits of a weed tolerance break?

The obvious reason comes from the term “tolerance,” as it’s possible to develop a tolerance to the effects of cannabis. It’s a bit like alcohol, as someone who rarely drinks will get drunk faster than someone who drinks regularly. However, weed tolerance breaks can also be an effective way to save money!

Then there are the legal and occupational aspects of a break, including mandatory drug tests for job applications, or sentencing and parole guidelines that may prevent someone from partaking for a bit. If you need to flush your system of THC and its metabolites, plan on a few weeks, at least.

Psychologically, there’s the feeling that you’re smoking too much, or too often, and just need a break for a bit. Although weed isn’t really physically addictive, the habit can, well, be a habit, and sometimes people just want to break a habit for their own reasons. No matter what, it’s something that each person will have to choose on their own.

How to reduce your weed tolerance

There are several methods of lowering your cannabis tolerance, and the best option for you will boil down to your personal preference. Do you want to rid all traces of cannabis from your system as soon as possible?  Do you want a more gradual approach that will allow you to feel the effects of weed for less?  Below, we outline some of the best methods of reducing your weed tolerance.

1. Take a break from all weed consumption

The most efficient method of reducing your weed tolerance is to completely stop consuming. This doesn’t work so well if you’re taking cannabis for chronic conditions like seizures, but a break will definitely lower the presence of cannabinoids in your system and lower your tolerance over time. From a couple of days to a week or more, a tolerance break is really the most effective way to reduce your tolerance — it just takes time. Thankfully, there aren’t really any withdrawal symptoms or other negative effects other than the lack of cannabis you might need for medicine.

You might have heard about “microdosing” and it turns out that taking small dosages can help with reducing tolerance. Really any small dosage will help, especially if you maintain that dosage. Over-medicating with marijuana just means you’ll keep building your tolerance over time, and it’ll keep getting worse. The more you use, the more you’ll grow your tolerance. Also keep in mind that women tend to build a tolerance faster than men. This might be a good thing if you’re wanting some benefits from cannabis but want to reduce the cognitive fuzziness, or other side effects, but in most cases we’re reducing our tolerance because the medicine isn’t as effective as it used to be.

You can also change up the strain you’re using. Since each strain has a unique profile of cannabinoids, switching to a new strain will change up what’s stored in your body. This requires paying attention to what strains work best for you, and if you can easily switch without losing any effective treatments they provide. Cycling through various strains is a clever way to keep your tolerance down somewhat, although it’s not as effective as taking a complete break.

Finally, you could try different methods of ingesting cannabis. Going from edibles to smoking, or even smoking to vaporizing will switch up the way your body absorbs the cannabinoids, affecting different receptors in the body. It’s sort of a body hack, but if you combine it with cycling strains, taking breaks and limiting dosages, it can be an effective way to get maximum benefits without continuing to increase dosage over time.