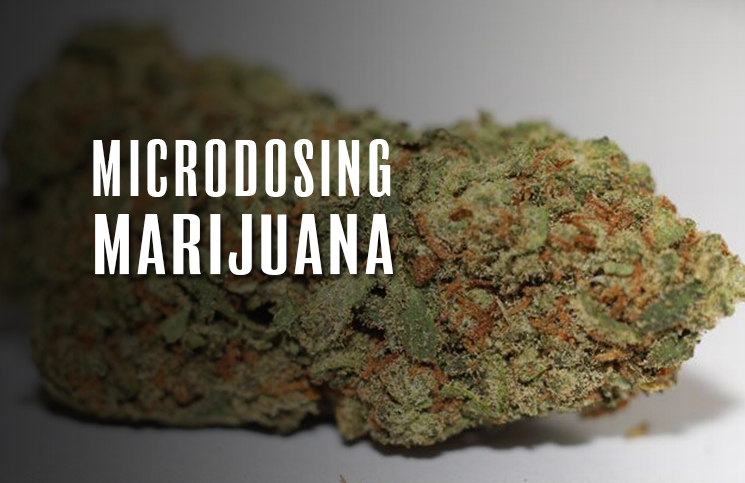 There was a time when microdosing weed would have been unthinkable. Back in the days of peak prohibition, “getting high” for the first time often meant overindulging. Movies portrayed characters who handled large amounts of marijuana, with perhaps one of the most notable moments being a giant joint smoked onscreen in “Up In Smoke” from 1978. Today cannabis users are a bit more sophisticated. OK, a lot more sophisticated. Never mind the wide range of ways to ingest cannabis, what we’re seeing now is increasing sophistication in the dosages, too. That’s where microdosing comes in. It’s a term you may have heard in relation to psychedelics, but what does it mean for marijuana?

The fact is that THC concentrations have been trending upwards for a generation or more. But as therapeutic uses for cannabis continue to grow, there’s a trend to be more aware of just how much the body needs to cause certain effects. This trend towards smaller quantities of cannabis taken over time is called microdosing, and it can help reap medical benefits without the resulting “high” commonly associated with many modern strains. It makes sense, really. A potent strain may have specific benefits for certain medical issues, but instead of a strong dose at the beginning of the day which could leave the imbiber slightly incapacitated, the lesser dosage throughout the day helps even things out. The classic example involves smoking so much you become anxious, when you’re trying to reduce anxiety.

Technically a microdose is the lowest dosage you can get that will create an effect, but that effect is so subtle it’s hard to perceive. Chemotherapy comes close to this idea, in that the drugs and radiation treatments from chemo could, in larger amounts, kill a person. But they are carefully controlled so as to kill only the cancer, not the patient (although the patient can get sick from the chemo). The goal with microdosing is to benefit from the therapy without causing issues with side effects — like the feeling of being high.

You might also compare microdosing weed to a time-release capsule. Aspirin and many other drugs are available in time-release formulas because the dosage may be so strong as to cause adverse effects. With aspirin, too much can cause upset stomach and heartburn. A time-released dosage of aspirin over several hours is less likely to cause these issues but still provides the pain relief needed. While microdosing cannabis is relatively new, the idea is quite old.

Does it work? Leafly details the experience of a few people who have tried microdosing cannabis with great benefit. However, the article notes that individuals vary in tolerances and receptiveness to various strains, which means the best idea is to start with low doses to begin with, and work your way up from there. It has been suggested that you start with 5mg, then going up from there. Some say 10mg, but it’s quite variable. Either way, the advice is pretty simple: start low and steadily work your way to where you need to be. If you end up “feeling high” you know you’ve hit a threshold.

Of course the other big question isn’t just how much, but HOW you actually ingest the cannabis. Smoking is harder to measure than other methods, like taking edibles. Even so, only a few companies are creating edibles with microdose-levels of THC. That could change as the practice becomes more widely known. Right now there’s a bit of a lack of product when it comes to microdosing marijuana, but that could change as more patients seek therapeutic uses over recreational uses.