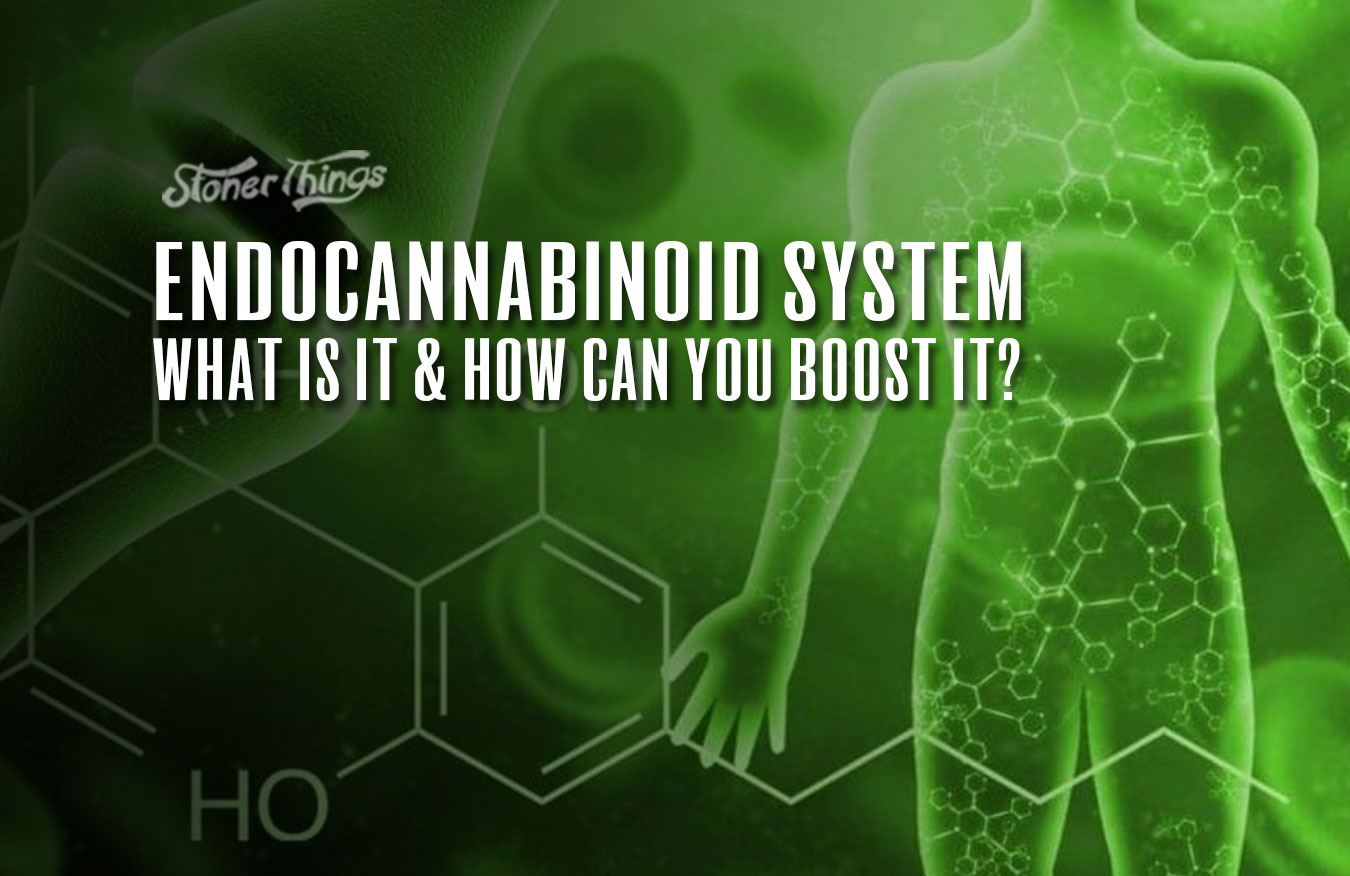 What is the endocannabinoid system?

The body’s job is really to keep everything together, physically and chemically. That is, keeping the human engine working within specifications. Too hot and you have a fever, too cold and you can go into shock. Homeostasis is maintaining normalcy. If something goes awry, maybe it’s hot outside or you get hungry, the endocannabinoid system (ECS) will send the signals through the body so it can react accordingly. This is why cannabinoids from cannabis are so effective. The classic example is stimulating hunger through smoking cannabis when your body is disrupted through extensive chemotherapy. 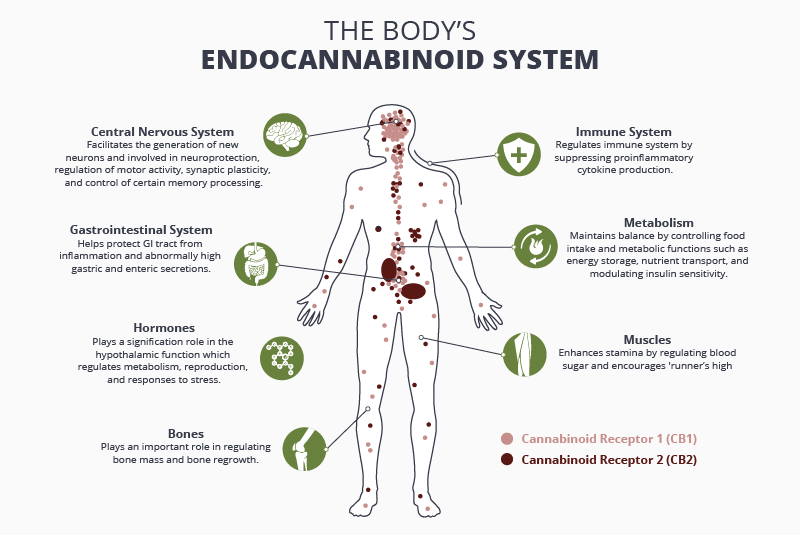 What role does the endocannabinoid system play?

The ECS plays a part in regulating many functions of the body, including sleep, memory, appetite, reproduction and mood. There are two types of ECS receptors, lovingly named CB1 and CB2. The CB1 receptors are mostly found in the central nervous system while the CB2 receptors are found around immune cells and the peripheral nervous system. Also, scientists know of two primary endocannabinoids: anandamide (AEA) and 2-arachidonoylglycerol (2-AG). These are the ones produced by your body to send signals. Obviously, cannabinoids from elsewhere will affect these systems. Then, metabolic enzymes break down these compounds after they are no longer needed.

The thing is, scientists didn’t discover the ECS until the 1990’s, and are still understanding how it works within the body. Similarly, the interaction of cannabinoids and the ECS is now finally being studied in earnest. Here’s how we think smoking cannabis interacts with the body:

As you can see, different cannabinoids will not only bind to different receptors, but enzymes and naturally-produced cannabinoids all contribute to the impact within the body. That’s why there’s so much intriguing research in this area, to determine the whys and hows of each strain’s effects and potential. The body’s messaging system is a powerful tool, and it would seem purpose-built to interact in novel ways with cannabinoids that exist elsewhere in nature. With time, we may unlock even more uses for cannabis.

How to boost your endocannabinoid system without cannabis

Since the endocannabinoid system is so vital to our health, there are ways besides cannabis to help it operate at peak efficiency. This means making signals throughout the body work as quickly as possible, and promoting homeostasis at the cellular level. You can boost your body’s endocannabinoid system in a number of ways, most of them involving boosting your health overall. Besides the health benefits, it can also increase the efficacy of your cannabis use.

Your body needs all sorts of nutrients to work properly, and for your endocannabinoid system to be at its best you’ll want to eat omega-3 fatty acids found in things like fish with good fats (salmon), certain nuts (almonds), and even hemp seeds. There’s also research that points to a terpene in black pepper and cloves that can stimulate CB2 receptors. Also, have you ever heard someone say “eat the rainbow” in regards to healthy snacks? Well, they’re right. Superfoods like blueberries will greatly increase your endocannabinoid system’s ability to do its job. But don’t stop there. Bananas, oranges, kiwis, cherries, dates, plums, peaches, are all good as well. Frankly, you can’t go wrong and should consider going outside your comfort zone to try new fruits. Usually the only stumbling block is figuring out how to cut them up, which you can easily look up on YouTube now that there’s a million amateur chefs online.

Okay, cannabis might be your preferred method for relaxing, but there are lots of ways to de-stress your body otherwise. Meditation, acupuncture, yoga, massage, or even socializing can help stress levels tremendously. Fasting can even form natural endocannabinoids. Either way, lowering cortisol levels helps the endocannabinoid system work more efficiently. Cortisol hinders your CB1 receptors and cannabinoids from binding to them.

OK, chocolate is a food but it seemed to fit with sex. Both will help you boost your system, in different ways. Chocolate, or cacao specifically, has three compounds that help. They prevent cannabinoids from breaking down, and have some cannabinoid effects of their own. Sex hormones, meanwhile, help upregulate CB1 receptors.

Then there’s the opposite of cold: Hot tea or coffee. You can probably drink it cold, but the idea is that caffeine helps activate the CB1 receptors. Tea, besides caffeine, has catechins, which are neuroprotective, anti-inflammatory, and antioxidants. Green tea in particular is rich in these compounds.