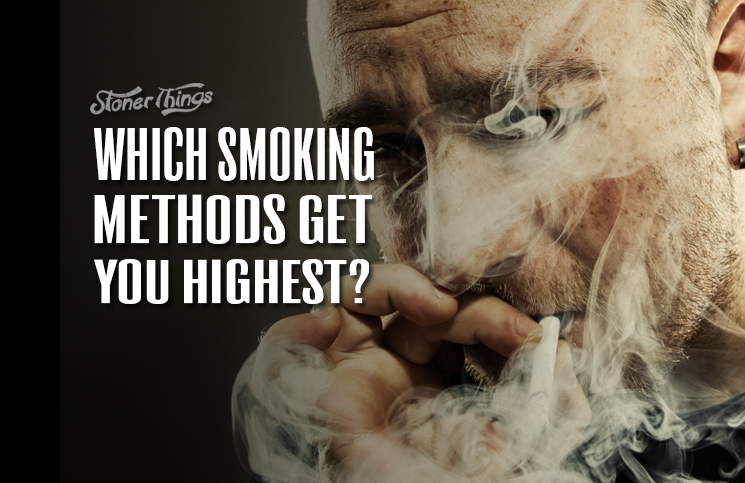 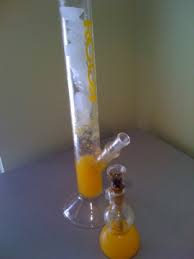 But how best to go about this mighty task? There are so many options, how do you know what will accomplish what? And you spent all your money on weed, so can you do this within a budget of roughly $3.75?

Before we say anything else, let us say this: The best way to find what really, really, really gets you baked is to experiment. Outside of latex, nothing in this world is one-size-fits-all, and that applies to weed as much as anything. The same pipe or foodstuff or concentrate won’t do equal damage to everyone.

That said, the easiest way to get high is to load up on THC. This can be done simply by ingesting bud with stratospheric levels – the plants with the highest THC content top out at roughly 30 percent in publicly available tests – or by finding a concentrated form of marijuana.

Concentrates, such as hash oil, carry much more, well, concentrated THC. But you may have to smoke a lot of it to get the full effect, at least if you have high tolerance to begin with – and that wastes cash.

None of this means you have to locate the world’s best weed to get very, very high. There are other tools that can accomplish that for you, even if your pot isn’t of the highest caliber. That said, the better the dope, the better the high, plain and simple. No Rube Goldberg of a cannabis pipe is going to turn brick into Skunk, though you’ll probably have a lot of fun trying.

The joint, of course, is the most common way people smoke marijuana. It’s incredibly convenient, it’s relatively covert, it’s easy to make . . . Need we go on? Everybody loves a J is what we’re saying.

Unfortunately, it’s not the best way to use the available smoke. Ever notice how your blunt keeps burning even when you’re not sucking on it? Yep, all that smoke goes to waste, up into the sky where some lucky bird has the flight of its life. But not into your body. 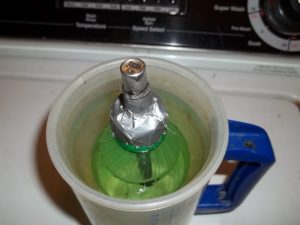 That’s one reason stoners love pipes so much. Depending on how they’re made, they can conserve some of that otherwise wasted smoke. But not every pipe is made equal.

First we have the spoon. This is probably the simplest of the pipes and can be made out of glass, wood, aluminum, even plastic if you can keep it from burning. The setup is very basic: The smoker puts the weed in the bowl, lights it, and sucks the smoke through the horizontal chamber. A small “carb” hole on the side of the bowl allows the toke to choke the smoke so it becomes more concentrated before entering the lungs.

So the spoon is better than the J when it comes to getting super high. But it’s still a pretty ineffective way to consume THC, even if it is nearly every stoner’s favorite backup and utility pipe.

The next step up is the bubbler. This includes a small bowl and a larger vertical chamber filled partway with water. The smoke passes through the water as you suck, cleansing it of certain impurities and improving the feel in your lungs. It also concentrates the smoke, making it more potent per square inch of lung tissue.

Hit a bong for the ultimate high

To really benefit from this effect, though, you need a bong. Like the bubbler, the bong is a vertical cylinder with a small bowl sticking out the side. The chamber is filled with water, the smoke passes through, and the toker sucks it out the top of the cylinder.

This is all great and will get you pretty high. But what if you want to kick it up a level? That’s where the gravity bong comes in.

This is a device that takes the working theory of a bong and adds a vaccum. Basically, a vertical cylinder – a bucket, a pipe, etc. – is filled partially with water. A chamber (for example, a soda bottle with the bottom cut off) is then submerged part way.

The weed is put inside a bowl that sticks out the top of the chamber. The chamber is then slowly lifted out of the water as the pot is lit. As the chamber rises, air pressure inside it drops, turning it into a vacuum. This pressure differential sucks the smoke into the chamber, where it builds into a thick cloud of THC; almost nothing is wasted.

Finally, remove the bowl from your gravity bong and smoke. If that doesn’t get you really goddamn high, you probably did something wrong.