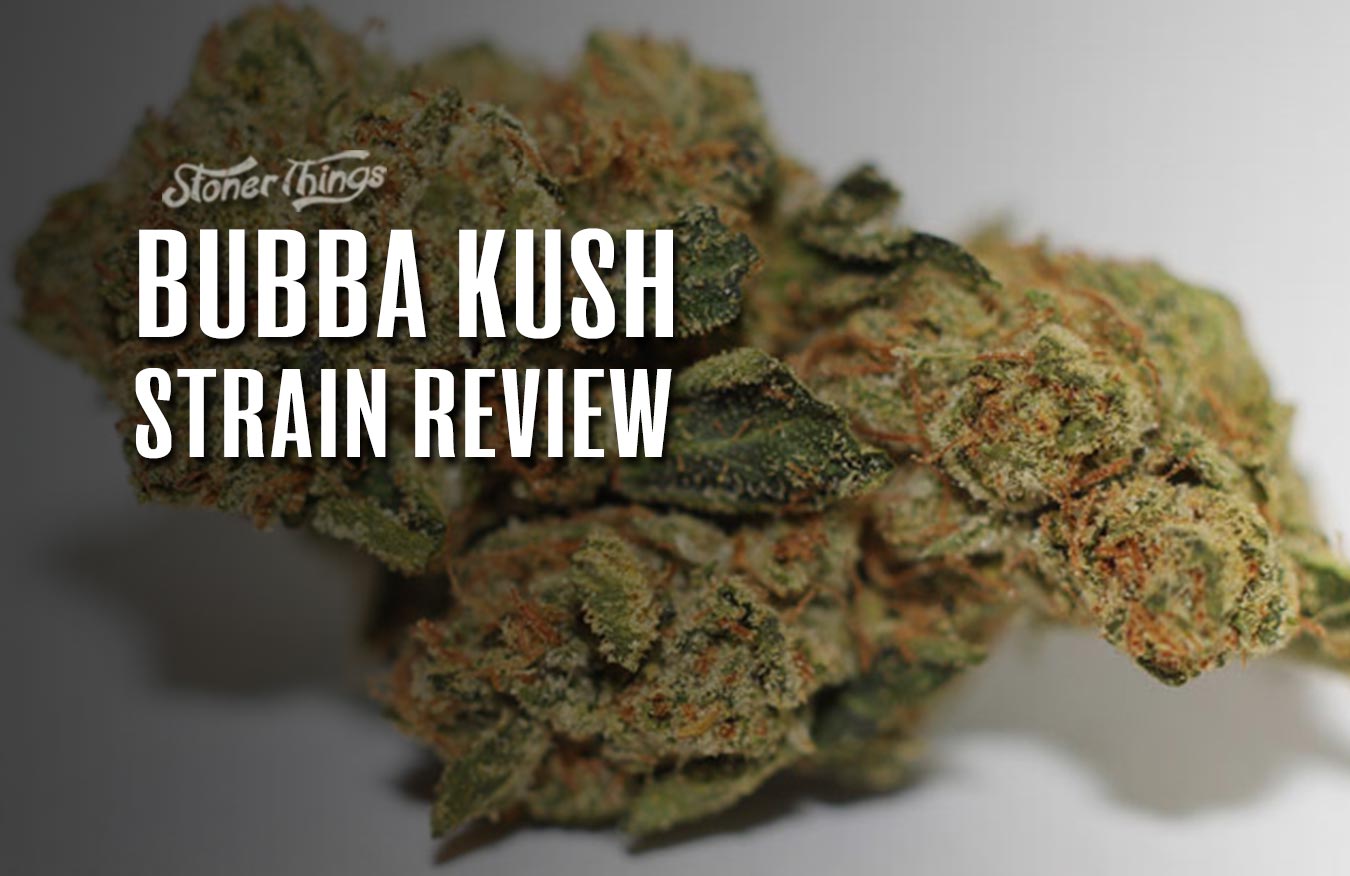 Bubba Kush is one of those strains that everyone has heard of but few have really appreciated. Best known for its uber-relaxing and sedative effects coupled with robust coffee and chocolate-tinged flavors, Bubba Kush is an experience that comes highly recommended for anyone looking for some chill vibes on their next night in. You’ll find the complete rundown on the strain in our all-encompassing Bubba Kush strain review below — including its scent, flavor, effects, medical uses, lineage, appearance and potency levels.

Bubba Kush is an 80/20 indica-dominant hybrid, though its exact lineage is tricky to pinpoint. It seemed to have originated in California in the mid-1990s, but the original breeder says it was an accident after an OG Kush plant pollinated an unknown mother plant. Generally, it’s thought to be a cross between Afghani and OG Kush. It’s become a favorite among cultivators and smokers alike for its sturdiness and high potency levels ranging from 20-25% THC. Checking in at <1% CBN and rich in sedative, uplifting terpenes like Caryophyllene, Myrcene, and Limonene, the Bubba Kush cannabis strain is perfect for sore muscles, sour moods, and flavorful relaxation.

It’s easy on the eyes, too. Bubba Kush weed flowers are known for their distinctive flower structure, which is ultimately very bulky and densely packed. The flowers range in shades of light green to golden yellow, which contrast beautifully with their emerald green foliar leaves and their dark orange and amber-colored pistils. Each bud is coated in a dense blanket of milky trichomes that give the flowers a frosted appearance. With all that said, it’s pretty easy to pick from a lineup, especially if you get the chance to smell the flowers themselves.

Great strains are hard to come by, but there’s a reason why the Bubba Kush weed strain has been around for as long as it has. It’s one of the greats, up there with Blue Dream and Durban Poison, that offers everything you could want in a strain in terms of flavors and effects. On the nose, Bubba Kush boasts a very dank and earthy sent comparable to sweet hashish. Deeper whiffs bring out notes of mocha coffee along with a spicy sweetness that is sure to tingle your nostrils and fill the room with its potent scent.

The flavor is very similar, though more refined. A deep inhale will bring those earthy, hashy notes to the forefront of your palette, but the smoke itself is very unique. The smoke comes with a peppery spice that feels balanced by warm chocolate notes. As you exhale, you’ll be left with a sweet coffee flavor alongside a rich earthiness that overall feels very pleasant and flavorful.

As soon as that smoke leaves your lungs, you’ll find yourself sliding into a hard-hitting high that feels a bit floaty. You’re immediately met with a powerful mental lift that will have you feeling happy and mellow without any racing thoughts or negativity. It’s hard to keep feeling down or angry thanks to its mellow, unfocused effects. After a while, you’ll begin to feel potent full-body relaxation that will likely leave you feeling couchlocked and a little sleepy. Ultimately, the Bubba Kush strain offers a very calming mental effect alongside deep-seated physical relief that can leave you feeling your best for hours at a time.

Between its physically and mentally soothing effects, potency, and terpenes, Bubba Kush has been one of the top strains for medical patients for the last 20 years. Its euphoric mental lift is great for stress, anxiety and depression. However, the physical effects are what really make it an ideal medical strain. That potent and sedative physical effect is ideal against the symptoms of many chronic conditions, including pain or inflammation, muscle spasms, cramps, headaches, migraines, and insomnia or other sleep disorders.

At the end of the day, the Bubba Kush marijuana strain is your next go-to if you’re looking for seriously unmatched soothing and relaxing effects that can battle the symptoms of insomnia, chronic aches and pains, and feeling blue. If you’re looking for full body relief with a sweet and subtle chocolate coffee flavor, pick Bubba Kush the next time you want to put your feet up and decompress. At a moderate THC level between 20-25% THC, you can’t go wrong.