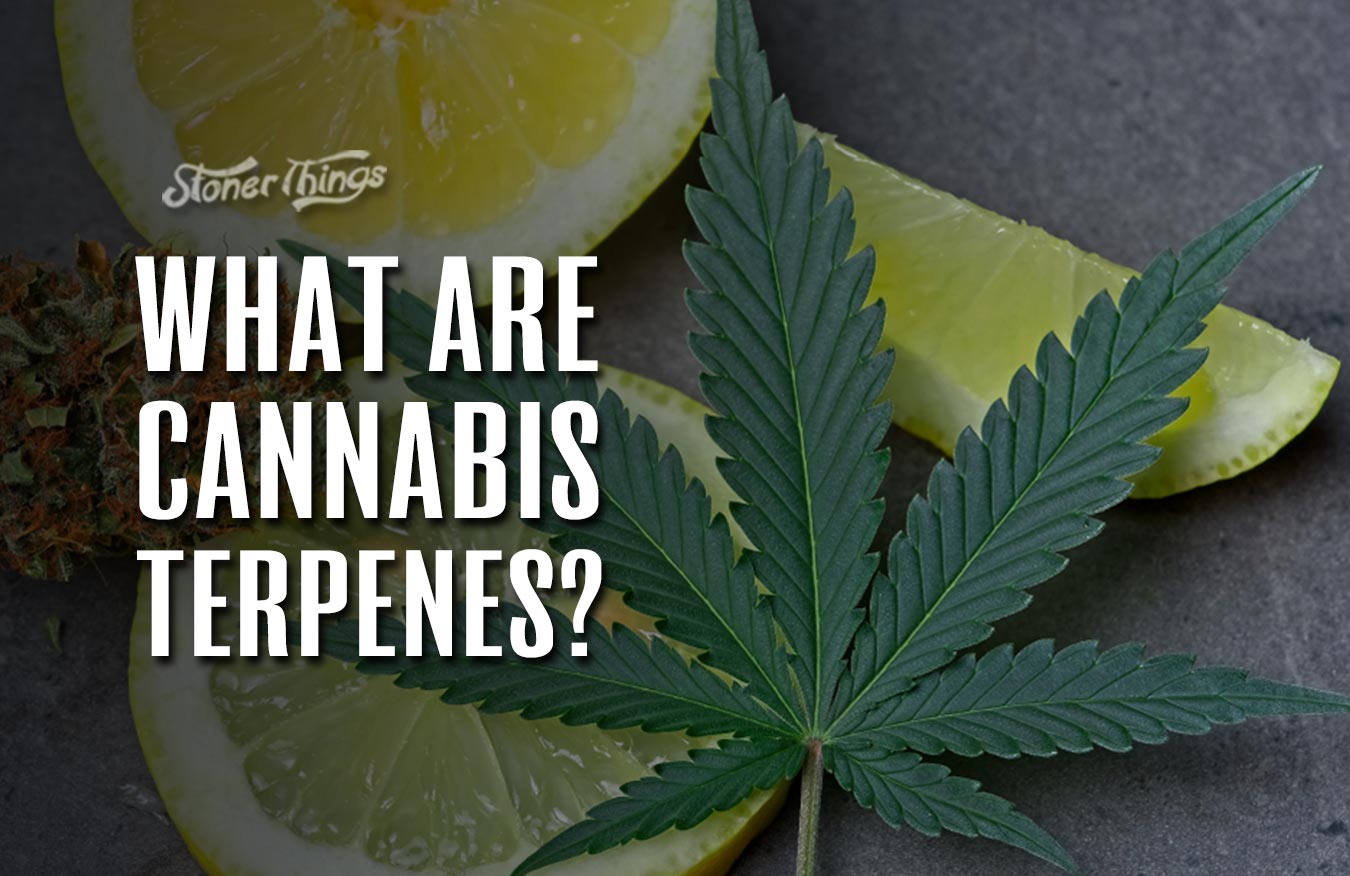 No two cannabis strains smell or taste the same, and that’s all thanks to terpenes. Terps smell and taste great and can even affect your cannabis high, but what are they? Here’s everything you need to know about cannabis terpenes, including where they’re found and what they do.

Terpenes are naturally-occurring chemical compounds found in every plant on Earth. They are responsible for the way a plant smells and tastes. In the natural world, they’re used to repel insects, encourage pollinators to spread their seeds, and to fight off diseases and bacteria. However, they offer a ton of different benefits for the mind and body when we eat or inhale them, too. They’re mildly psychoactive and responsible for the relaxing or energizing effects that you experience when you smell things like lavender or orange zest. 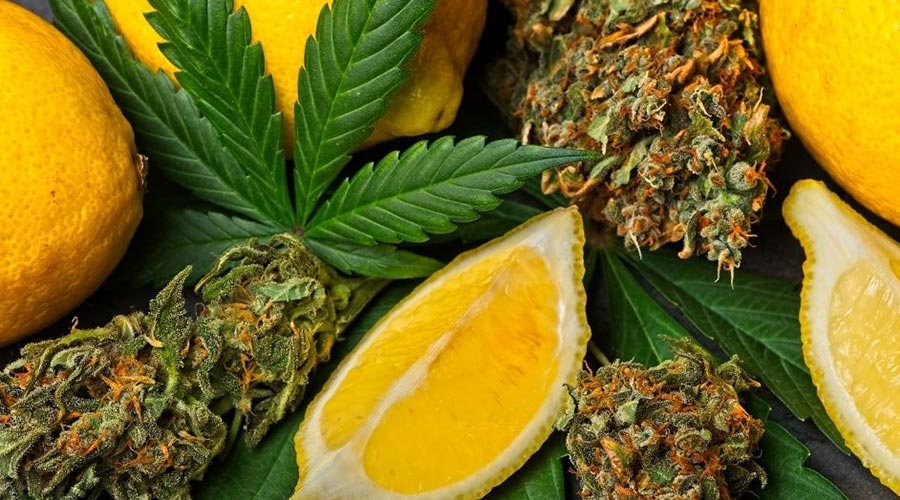 If you’ve ever smelled or tasted anything, that’s terpenes at work. But as we mentioned, there’s a lot to love about them. Their mildly psychoactive effects promote different experiences alongside anti-inflammatory, pain-relieving, and anxiety-reducing effects. In fact, weed terps determine whether a strain feels like an energizing sativa, a mellow hybrid, or a sedative indica.

Before the 2010s, most growers and smokers were only interested in strains producing lots and lots of THC. However, even with potency over 30% THC, some weed strains didn’t feel as potent as classic strains like OG Kush and Skunk #1, which were much richer in terpenes. Even though these strains checked in around 15% THC, they still felt stronger than the flavorless 30% and over strains, because terpenes make THC more effective.

Every strain has a unique terpene profile that contains hundreds of different terpene isolates which make up the strain’s scent and flavor. Depending on the levels of specific terpene isolates in each terpene profile, different effects are produced. That’s where the traditional “indica” “sativa” and “hybrid” categorization trend came from. We didn’t realize until recently that sativa-dominant strains all contain energetic and focusing terpenes like Limonene and Terpinolene. The same goes for sedative, relaxing indica strains, which are more likely to contain Myrcene, Linalool, or b-Caryophyllene.

Between the terpenes and cannabinoids found in a given strain, each one feels, smells, and tastes drastically different. But the terpier the strain, the stronger it will feel thanks to this unique relationship documented with the entourage effect.

How do terps affect the mind and body?

Different types of terps promote all sorts of different effects. However, almost every terpene is naturally anti-inflammatory, anti-microbial, and pain-relieving when eaten or smoked. Terpenes go a step further than that, though. Due to their complex nature of being found in profiles and rarely isolated on their own, they work together to promote different scents and flavors as well as physiological and mental effects.

For example, terpenes are mildly-psychoactive. They won’t cause you to feel high or intoxicated like THC, but they do promote different feelings. Many terpenes are known for having anti-anxiety or anti-depressant properties. They also bind to the endocannabinoid receptors in our central nervous system responsible for regulating our moods. With that said, many of them also cause relaxing, energetic, focusing or calming effects.

When taken together, they’ve also shown to help promote other physical effects in the body. Some of the effects terpenes offer include acting as antioxidants, killing parasites, helping with digestion, clearing airways and improving breathing, killing certain types of cancer cells, protecting brain cells, improving the circulatory system, making it easier to absorb certain medications, strengthening bone and muscle tissue, and more.

What are the most common terpenes in weed and what do they do?

There are hundreds of marijuana terpenes out there, but most of the time, cannabis strains have high concentrations of about three primary terpenes and then trace amounts of other minor terpenes. Below we’re covering the effects of the most common and higher concentrated weed terpenes and what they bring to the table when you enjoy them in your favorite strains.

Limonene is a terpene found in lemon and lime zest. It can also be found in tart, citrusy strains like Clementine, Chemdawg and Agent Orange. It offers anti-inflammatory, antimicrobial, antitumor, antioxidant, and stress relieving properties. Limonene has a citrusy flavor and causes an energizing and mentally focusing, mood-boosting feeling.

Myrcene is the most common cannabis terpene and can be found in practically every strain. It can be found naturally in mangoes as well as strains like OG Kush, Blue Dream, and Golden Goat. It promotes a mood-boosting and relaxing mental effect typical of most hybrid or indica strains. However, it’s also shown to help with pain, inflammation, anxiety, depression, muscle spasms. Myrcene is also an antioxidant, antimicrobial, and antiseptic.

b-Caryophyllene is found in lots of spices, like black pepper and star anise. You can find it in countless cannabis strains, including Bubba Kush, Death Star and Original Glue. The molecules of b-Caryophyllene terpenes are larger and tend to act more like a cannabinoid than a terpene, promoting a metabolic boost, pain relief, more efficient blood flow to the brain, and reduced symptoms of IBD. It has a sedative and soothing mental effect that’s great for depression and anxiety, too.

Humulene is found in hops, herbs like sage and basil, and cannabis strains like Pink Kush and Candyland. It offers a very soothing and mellow mental effect that’s great for depression and anxiety. However, it also acts as an anti-inflammatory, pain reliever, breathing aid, appetite suppressant, immune booster, and antimicrobial. Best of all, it comes with a fresh and invigorating herbal aroma.

Ocimene is responsible for the minty, candy-like flavors in strains like Green Crack and Dream Queen. It can also be found in orchids, lilacs and cumquats and is responsible for upbeat and focused mental effects. Ocimene is a potent menthol-like decongestant, and great for pain and inflammation. It’s also shown promise as an anticonvulsant, antimicrobial and antiseptic. 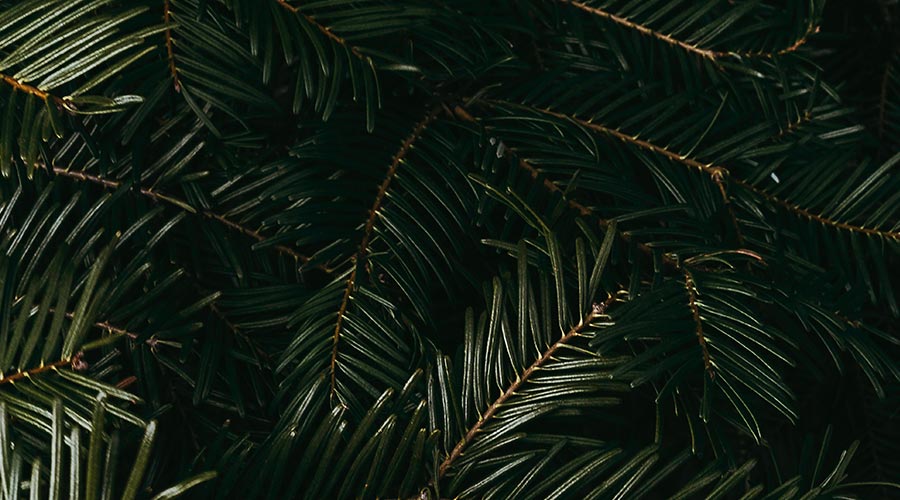 Pinene is the most common terpene found on earth and is found in pine trees as well as piney, earthy strains like Critical Mass and Cannatonic. It’s known for its mood boosting and alert effects that are great for anxiety relief and a positive, upbeat attitude. It also offers pain and inflammation relief, antimicrobial and antitumor effects, improving breathing, and reducing oils in the skin.