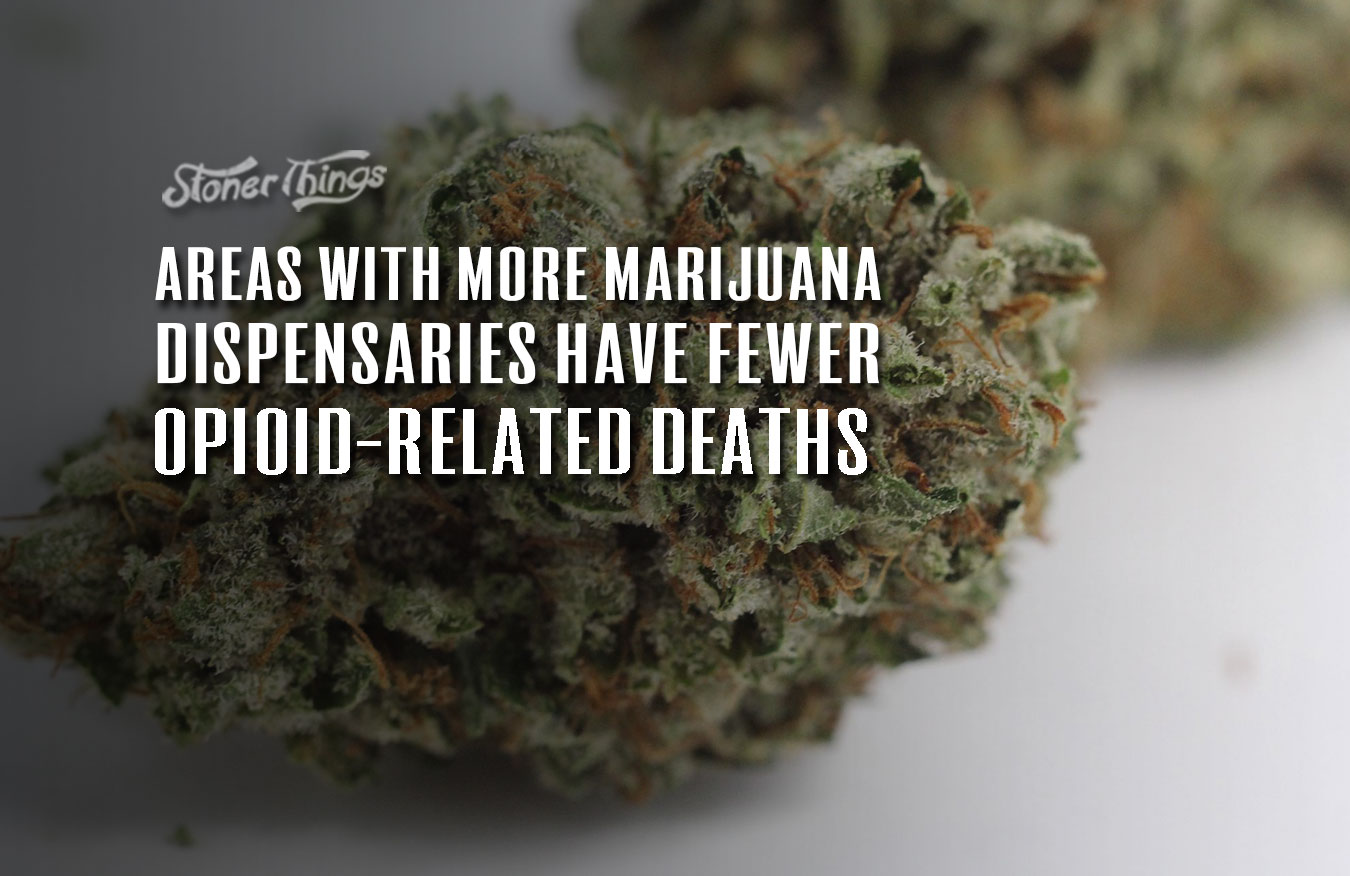 One of the keys to changing behaviors is giving people options. Obviously if there are no options for something, you’re stuck with whatever is available. That metaphor runs a little thin when it comes to drugs, of course, but the inverse claim has always been the rallying cry of prohibition advocates: Claiming (falsely) that marijuana is a gateway drug to more drugs. Turns out, pot may actually be an alternative to drugs that are killing Americans at an alarming rate. As the opioid crisis deepens thanks to the pandemic, a study points to a possible solution. And yes, it means opening up dispensaries.

The study was published in the esteemed journal of the British Medical Association. In their data, it was shown that access to dispensaries with marijuana greatly reduced the rates of overdoses by opioids — and for synthetic opioids like fentanyl that difference was even more striking. How much of a reduction? Increasing the number of dispensaries in a given area from one to two led to a 17 percent drop in fatalities related to opioids. That is significant, and going from two to three results in an additional 8.5 percent drop. For synthetics, the increase of one to two yielded a 21 percent drop. These numbers are for medical or recreational dispensaries, too.

It would seem that giving people the option of medication through marijuana versus opioids literally saves lives. Increasing those options saves more. So why isn’t this bigger news? Because it’s just one of many studies that are piecing things together for legislators. Unfortunately, massive change is slow and while the tide has been turning towards legal pot for decades, there’s enough misinformation in various legislative halls to continue the level of prohibition we see federally. There have been many tantalizingly close calls with legalization, but so far all successful initiatives have come from progressive states willing to flout the Feds while establishing legal frameworks which will no doubt be used as models for any Federal-level legalization efforts.

In fact, we covered the Senate plan to legalize weed a while back, but the chamber has had numerous intervening priorities since then, like debating the filibuster and passing huge spending bills to counteract the devastation of the pandemic. Even so, the fact that the bill landed in both houses with seeming bipartisan support could mean change is possible before midterm elections, which are just around the corner.

Meanwhile there’s a race to find better painkillers that don’t cause addiction and kill patients. Kratom is being investigated for this purpose by Congress, and there are pharmaceutical companies continuing to pour millions into research. Until a miracle drug is found, however, it seems marijuana can effectively treat certain types of pain, from chronic to temporary, depending on the patient. This is why better doctor education and wider availability aren’t just an economic or medical concern, but an ethical one as well.