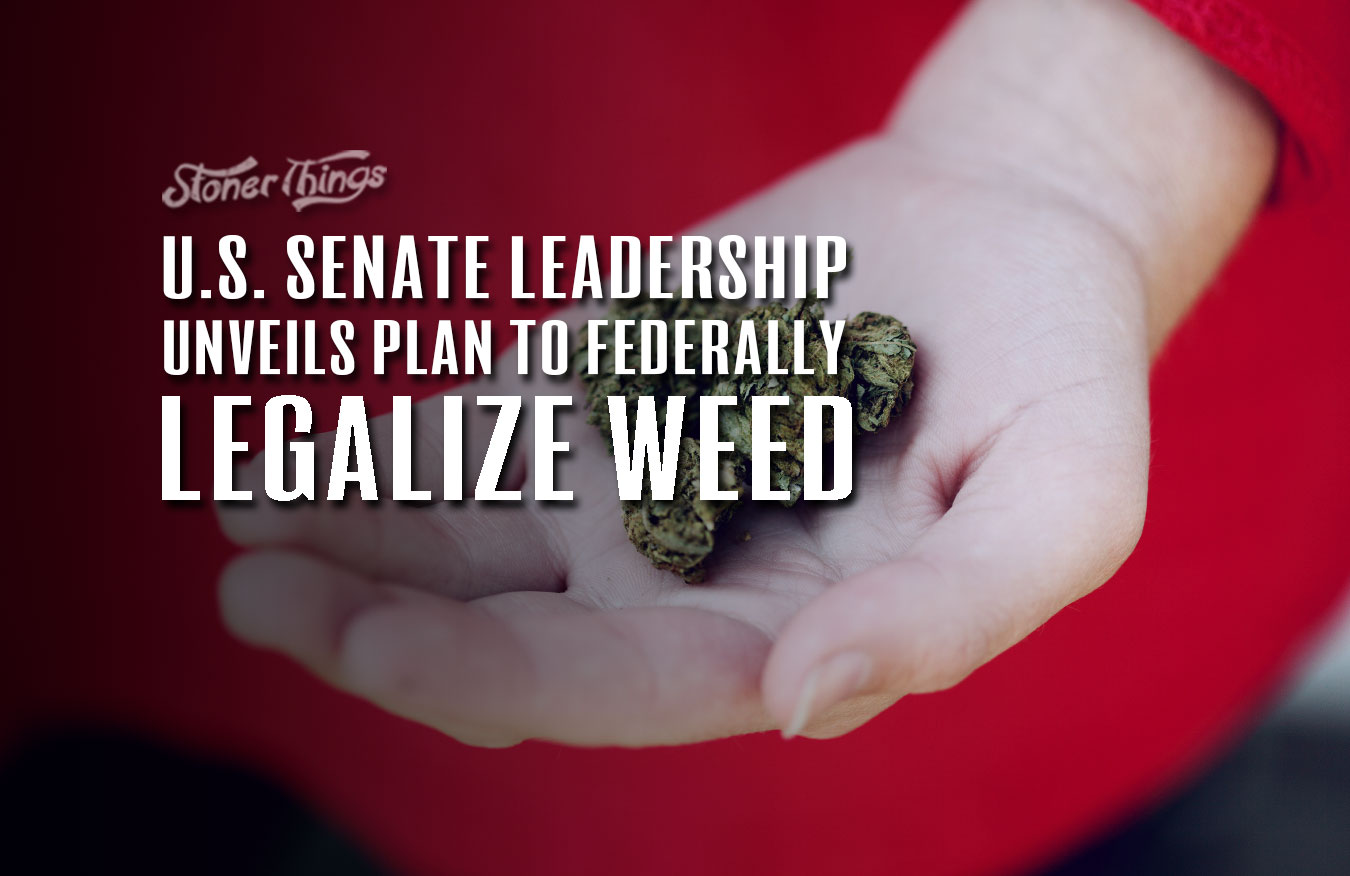 Filed under, “a long time coming,” the leadership in the U.S. Senate has signaled its intent to push marijuana legalization forward in a real way. Yes, this means in the next couple of years pot could be legal at the Federal level, clearing the way for a true national marijuana economy. As we’ve seen in Canada and other countries, this unleashes a wave of economic development and health initiatives that benefit everyone, not just those who partake. Three Senators are leading the charge: Senate Majority Leader Chuck Schumer of New York, Cory Booker of New Jersey, and Ron Wyden of Oregon.

In a joint statement, the senators noted that states have already begun the process but it’s a patchwork solution. They also point out that meaningful legalization must go hand in hand with reforms that seek to undo the damage caused by the nation’s “War on Drugs” that incarcerated people of color disproportionately. This is what’s known as restorative justice, and it’s a fairly new concept in America. They also indicated there will be regulation and taxation, which is expected to be modeled after successful state initiatives that take money from taxes on legal weed sales and put them back into programs — which could be restorative justice, education, or other beneficial efforts.

There’s no specific date yet for the plan, but the senators said they expect to release details “early this year” and promised that passing the legislation would be a priority. Of course, in Congress even popular initiatives have been known to flounder when hitting a political wall, and given the partisan divide after years of acrimony on both sides, it’s an open question as to whether both sides can meet somewhere in agreement on this issue. Will representatives truly represent their constituents?

It is without question that marijuana legalization is a popular idea. Polls indicate between 55 and 70% of Americans are in favor of legalization, depending on how you ask the question. Over a dozen states and D.C. have fully legalized, with three dozen having medical legalization. As the senators point out, the War on Drugs was a war on people. Especially people of color, but for all people who are able to make their own decisions. The science keeps showing how marijuana is not harmful, and how many benefits it has. The fact that pot was made illegal is more a testament to political power and racism of the early 20th century than anything else. Rational policy would dictate legalization based on decades of new evidence.

So it appears the nation is on the cusp of legal weed after all. A consequence of the 2020 elections, but also the natural culmination of years of efforts by activists, patients, and politicians alike. The science is now irrefutable, and the popular sentiment has shifted tremendously. Now we wait and see if the bill has enough political inertia to make it through the hurdles of draft legislation, committees, votes, passage, and more committees to hammer out differences in House and Senate versions. It could still be a year or two, but the long national nightmare of pot prohibition may be coming to an end, finally.