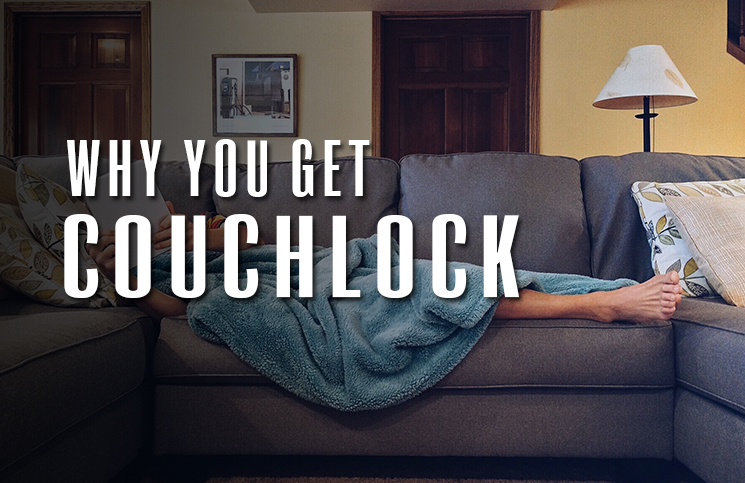 What is couchlock? It’s pretty simple: You’re too stoned to get off the couch. Or the bed, or wherever you’re enjoying cannabis that hits you so hard you feel like a wet weighted blanket just landed on you. Couchlock occurs when you’ve either ingested too much cannabis at once and the effects are a bit overpowering, or a particular strain hits you particularly hard one day. Let’s look at some of the specifics as to why you get couchlock, and what you can do about it.

Indica strains are particularly noted for their “sinking into the couch” feeling. That’s why the mnemonic device for remembering the overall effect of these strains is “indica couch.” But there are sativa strains that can be potent enough to sedate you to the point of knocking you off your feet. Some people want this, of course, but it can also be a surprise effect of especially potent strains that take a little bit to impact your system. That creeping effect can cause you to overindulge that session, causing you to be drowsier than intended.

While there isn’t a consensus on what causes couchlock, there are indications the terpene myrcene causes the sedative effect in your body. Some say lower levels of myrcene will give you a feeling of euphoria and energy, but at levels higher than .04% will begin to have a sedative effect.

Now, if you feel couchlock coming, one way to avoid it is to make some coffee or a sugary drink, or get some food in your system. Rest for about 15 minutes or so and try to enjoy it! Many people actually enjoy couchlock as a way to reset, or force their body to rest when sick.

A good CBD strain can also counteract the effects of couchlock, so if you have some handy try smoking your way out of the sluggishness. Why? Research shows CBD blocks the CB1 receptors in the brain, which reduces the effects of some other cannabinoids — like THC.

After some rest, maybe a little CBD, get up and stretch or even take a walk out in the sunshine to get your energy levels back. It’s possible you might still have to “ride it out” for a bit, but take note of what triggered the occurrence. It could be a strain in particular that just hits you especially hard. It’s good to know, whether you want to avoid the feeling of couchlock in the future, or embrace it. 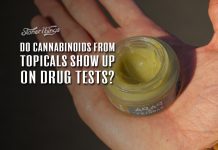 Do Cannabinoids from Topicals Show Up on Drug Tests?

Why Does Cannabis Make Your Eyes Red?